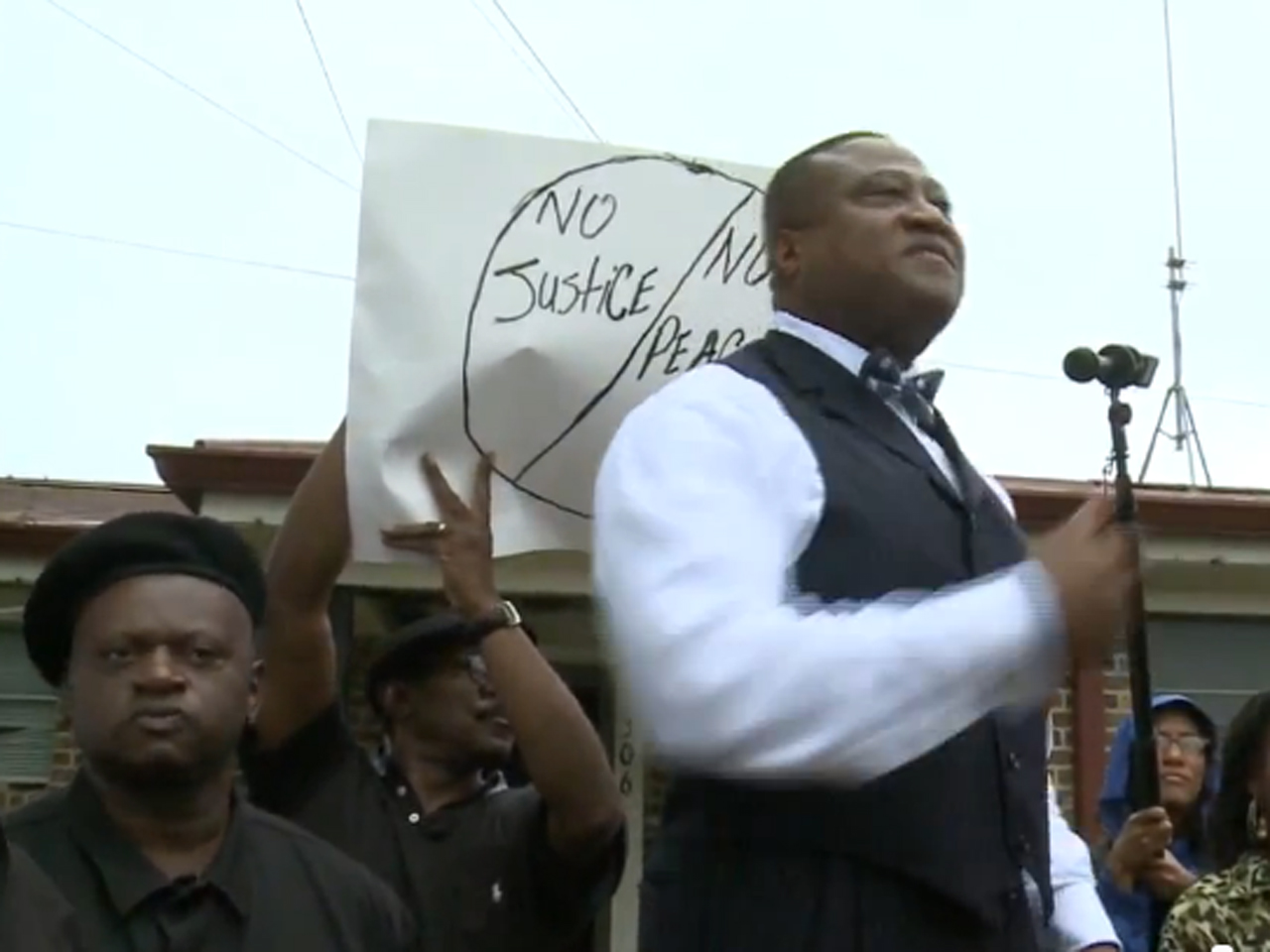 HEARNE, Texas -- Friends say 93-year-old Pearlie Golden still shopped at the grocery store and greeted friends with a jubilant "Hey, baby!" Now they and the mayor of this small Texas town want the police officer who shot and killed her gone.

The fatal shooting of "Miss Sulie" - as residents say she was widely known - has raised tensions in Hearne and the Texas Rangers are investigating what led the officer to fire on Golden while responding to a 911 call at her house this week.

Hearne police have said in a statement that Golden "brandished a gun" when officer Stephen Stem, arrived Tuesday night.

Dozens of protesters, including some who came in from Houston, marched to police headquarters on Thursday and were met there by Mayor Ruben Gomez, who said he will recommend that the officer be fired during Saturday's City Council meeting.

"It's a loss of confidence in the community. We can't have an officer the citizens have lost confidence in," Gomez said.

The protesters from Houston were from the New Black Panther Party and were led by activist Quanell X, reports CBS Bryan, Texas affiliate KBTX-TV.

Protesters shouted for justice as they marched.

Quanell was clear about what they want to happen.

"We want this officer fired immediately. We want him indicted for murder," said Quanell.

Demonstrators say the march is just what the town needed.

"It showed a whole lot to the people. That they were together and they want to try and do something about what's happening around here in Hearne," said protester Richard Boone.

Hearne is home to about 4,500 people surrounded by cotton farms and railways, one of which backs up to Gordon's brick home.

Robertson County District Attorney Coty Siegert said a preliminary autopsy shows Golden was shot twice in the body and grazed by a third bullet. It's the second time Stem has shot and killed a suspect since joining the department in 2012, Siegert said.

"There's no justification. Any police officer would know not to kill a 93-year-old fragile woman when they could have backed off," said William Foster, 64, a retired professor in Hearne. "She was no threat to him."

Stem could not be reached for comment because a number for him could not be found. Siegert said he saw Stem's lawyer this week but didn't know his name, and Hearne City Attorney Bryan Ross didn't return a phone message.

Hearne police have declined to comment beyond the statement issued this week. Stem has been placed on administrative leave.

Candles left in vigil remained outside Golden's home two days after the shooting. Foster and others said she lived alone and that her husband had been a Hearne police officer himself.

A doghouse made of plywood sat in Golden's recently mowed yard. Next door, a neighbor lived in a trailer surrounded by a barbed wire fence.

Authorities say a revolver believed to be the weapon Golden had at the time of the shooting was found at the scene.

Hazel Embra, a geriatric nurse and a City Council candidate in Saturday's local election, said she ran into Golden last week at the grocery store.

"That lady should be living today. She should not have died like she did," Embra said.

The circumstances surrounding Stem's first on-the-job fatal shooting were very different. Siegert said a group of officers had responded to a call in the middle of the night and wound up chasing several suspects through an unlit area before Stem fired. He was cleared by a grand jury.