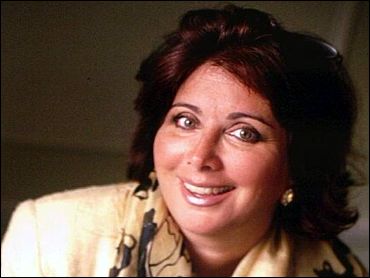 In early January, best-selling author Olivia Goldsmith died from complications of anesthesia during plastic surgery, according to her literary agent.

The 54-year-old Goldsmith, who wrote "First Wives Club," was undergoing an elective cosmetic procedure to remove loose skin from her chin. Her death raises serious questions about the safety of anesthesia.

The Saturday Early Show's Dr. Mallika Marshall says there are a few things a patient should know before going under the knife.

Marshall explains that deaths due to anesthesia are not common. Each year, more than six million Americans undergo cosmetic surgery, and millions more have procedures that require anesthesia.

The vast majority of people who have anesthesia make it through without any problems. But, Marshall warns, anesthesia isn't risk-free. However, there are some things you can do to reduce that risk.

There are several types of anesthesia:

Local Anesthesia
Local anesthesia is used when only a small area of the body needs to be numbed. It may be administered for a cut that requires stitches or a cavity that needs to be filled. The medicine is introduced around the area being worked on, and the patient remains completely awake.

Regional Anesthesia
Regional anesthesia involves a larger part of the body. Again, the patient remains awake. An example is the epidural, which many pregnant women receive to reduce the pain of childbirth.

Conscious Sedation
Conscious sedation is also known as "twilight sedation." It's used to provide sedation and pain relief during a procedure. The patient is usually groggy and often doesn't remember much after the surgery. But patients under this kind of sedation are conscious enough to communicate with the doctor and able to breathe completely on their own. Conscious sedation is often used for wisdom tooth extraction, colonoscopies and balloon angioplasty.

General Anesthesia
With general anesthesia, a person is so unconscious that they need a ventilator to assist in breathing. General anesthesia is used in longer and more difficult procedures such as abdominal or open heart surgery.

Marshall says there are guidelines for doctors to use in choosing which type of anesthesia to use. For example, if a patient is having open heart surgery or open abdominal surgery, they must be completely unconscious. In some minor cases, patients may be given a choice of having conscious sedation or general anesthesia. In these situations, Marshall recommends that patients have a frank discussion with their doctor about the pros and cons of each option.

People who are at the highest risk of having a complication with anesthesia are older individuals and people who have serious underlying medical conditions, such as heart or lung disease.

With local anesthesia, side effects are rare. But, some people do get allergic reactions to the anesthetic. Regional anesthesia can, in rare cases, cause nerve damage. General anesthesia, however, carries the highest risk, because it affects the entire body. It can cause fluctuations in blood pressure and an irregular heartbeat -- and in extreme cases can lead to heart attack or stroke. But again, these serious complications are rare, and occur in fewer than 1 in 10,000 people undergoing general anesthesia.

Marshall says patients can do a few things to prevent side effects. First, she recommends that patient share their entire medical history with the anesthesiologist and surgeon who will be present during the surgery. The doctors need to know about all the medical conditions a patient may have and all the medications that a patient is taking, because they could interfere with the anesthetics being used.

For elective surgery, Marshall says patients should make sure they choose reputable doctors at a reputable medical institution.