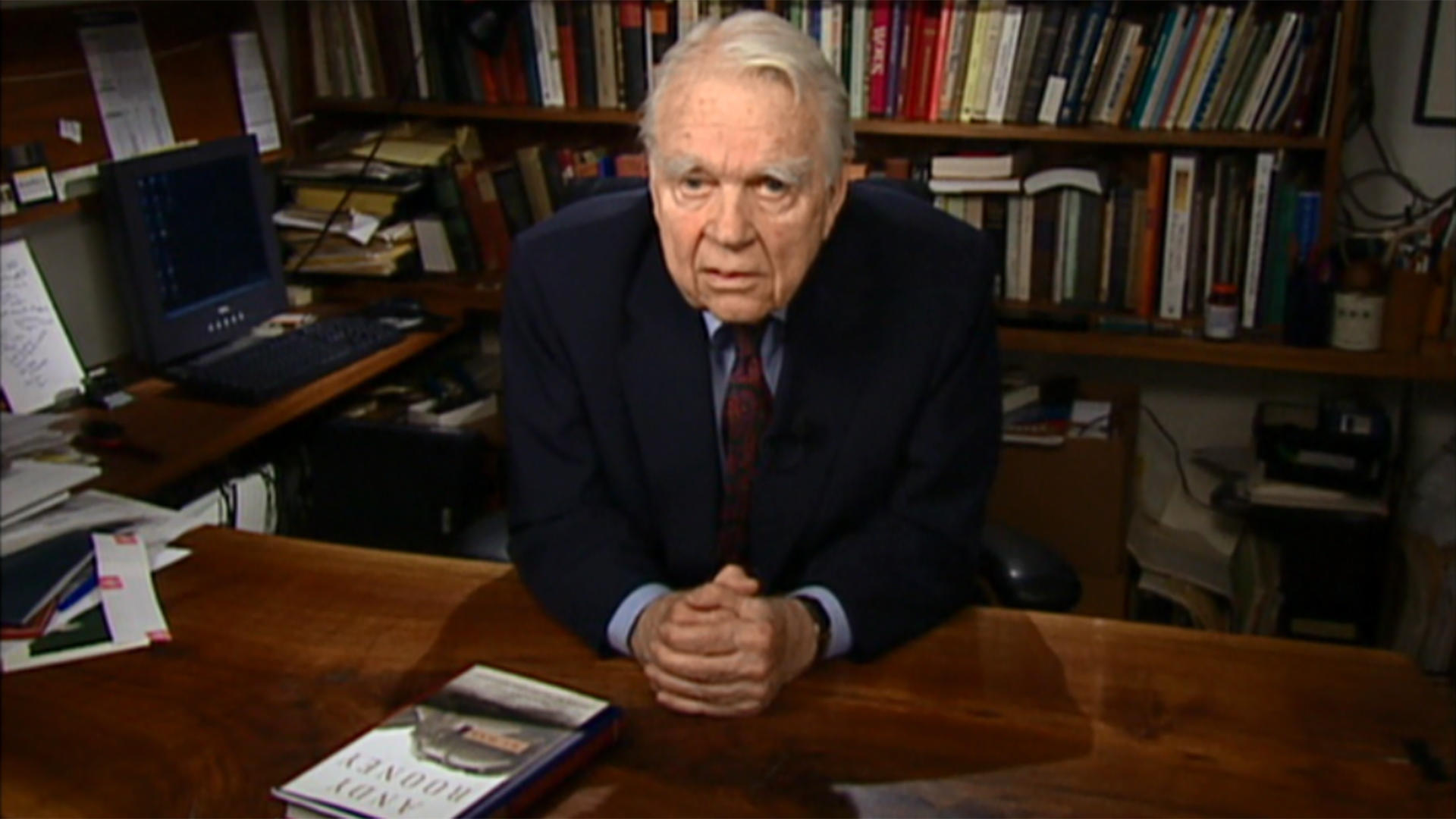 This commentary was written by Andy Rooney and originally broadcast on June 6, 2004.

Because it was part of my life, I'd like to say something about D-Day. I don't know how to say it any differently than I did in a book I wrote called "My War." If you are young and not really clear what D-Day was, let me tell you. It was a day unlike any other. There have only been a handful of days since the beginning of time on which the direction the world was taking has been changed for the better in one 24-hour period by an act of man. June 6th, 1944 was one of them. What the Americans, the British, and the Canadians were trying to do was get back a whole continent that had been taken from its rightful owners by Adolf Hitler's German army. It was one of the most monumentally unselfish things one group of people ever did for another.

We all have days of our lives that stand out from the blur of days that have gone by, and the day I came ashore on Utah Beach, four days after the initial invasion, is one of mine. As we approached the French coast, there were small clouds of smoke and sudden eruptions as German artillery blindly lobbed shells over the hills behind the beach. They were hoping to hit U.S. troops or some of the massive amount of equipment piled up on the shore there. Row on row of dead American soldiers were laid out on the beach just above the high-tide mark where it turned into weedy clumps of grass. They were covered with olive drab blankets, just their feet sticking out at the bottom, their GI boots sticking out. I remember their boots, all the same on boys all so different.

No one can tell the whole story of D-Day because no one knows it. Each of the 60,000 men who waded ashore that day knew a little part of the story too well. To them, the landing looked like a catastrophe. Each knew a friend shot through the throat, shot through a knee. Each knew names of five hanging dead on the barbed wire in the water 20 yards offshore. Three who lay unattended on the stony beach as the blood drained from holes in their bodies. They saw whole tank crews drown when the tanks rumbled off the ramps of their landing craft and dropped into 20 feet of water. There were heroes here no one will ever know because they're dead. The heroism of others is known only to themselves.

Across the channel, in allied headquarters in England, the war directors, remote from the details of death, were exultant. They saw no blood, no dead, no dying. From the statistician's point of view, the invasion was a success. Statisticians were right. They always are, that's the damned thing about it.

On each visit to the beaches over the years, I've wept. It's impossible to keep back the tears as you look across the rows of markers and think of the boys under them who died that day. Even if you didn't know anyone who died, your heart knows something that your brain does not. You weep.

If you think the world is selfish and rotten, go to the cemetery at Colleville-sur-Mer overlooking Omaha Beach. See what one group of men did for another on D-Day, June 6th, 1944.