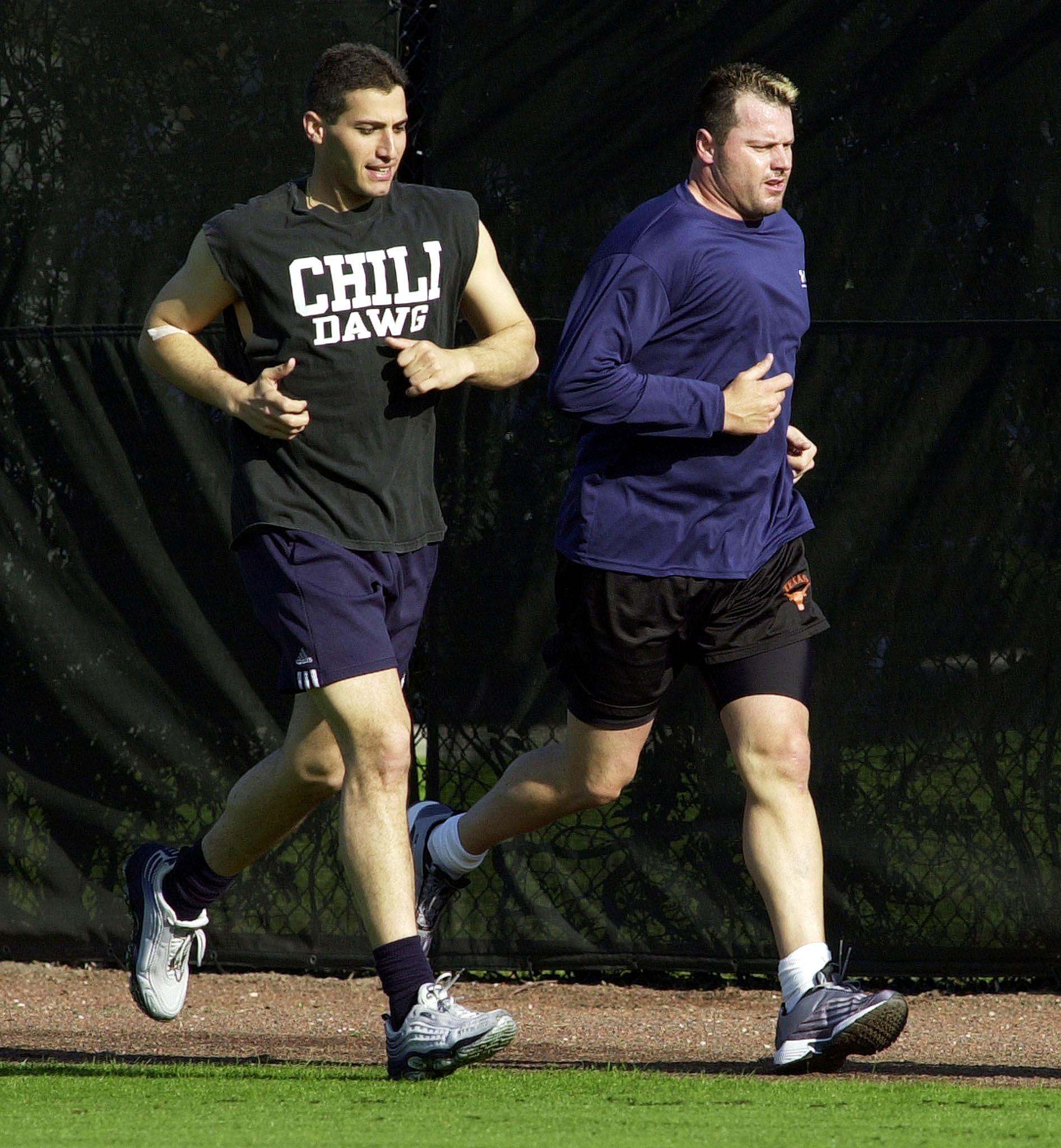 (CBS/AP) WASHINGTON - Andy Pettitte and Roger Clemens sat some 20 feet apart, Pettitte on the witness stand and Clemens at the defense table trying to avoid going to jail. The topic: a conversation Pettitte recalled having with his longtime teammate, mentor and workout partner about a dozen years ago.

"Roger had mentioned to me that he had taken HGH," Pettitte testified, referring to human growth hormone. "And that it could help with recovery, and that's really all I remember about the conversation."

It's a conversation that Clemens has famously claimed that Pettitte "misremembers."

The right-hander on trial who won 354 major league games and the lefty on the stand with 240 wins had an awkward reunion Tuesday, Day 8 in the retrial of charges that Clemens lied when he told Congress in 2008 that he had never used steroids or human growth hormone.

Pettitte's appearance enlivened the proceedings and came without warning. The government interrupted the testimony of the trial's first witness to call Pettitte as the clock was about to hit noon. Wearing a gray suit, he walked into court a day after allowing six runs and 10 hits with eight strikeouts over 5 2-3 innings in an extended spring training game in Clearwater, Fla., as part his comeback attempt at age 39 with the New York Yankees.

Pettitte testified mostly with his hands clasped in front of him and rarely looked at Clemens, even during the lengthy delays when lawyers held conferences at the judge's bench. Clemens frequently took notes. The two haven't spoken recently because of the trial, but Pettitte nevertheless said he found it difficult to testify because he still considers Clemens a good friend.

Pettitte is crucial to a government case that will otherwise rely heavily on the testimony of Brian McNamee, who worked as a strength coach for both Clemens and Pettitte and has said he injected both men with performance-enhancing substances. The government showed the jury photos of the three working out together in Texas during happier times — "Mac, Roger and me," as Pettitte put it.

Pettitte has acknowledged he received HGH from McNamee; Clemens has not. Pettitte told the jury about the time he used HGH in 2002 while recovering from an injury, but he wasn't allowed to say he was injected by McNamee because the judge ruled that information inadmissible.

Pettitte said he used HGH one other time, in 2004. He said regretted it both times he tried it, that he doesn't think it helped him physically and that it has tarnished his name.

Pettitte didn't offer many details about the conversation in which he said Clemens supposedly admitted to using HGH, other than he remembers it taking place during a workout at Clemens' house in Texas during the 1999-2000 offseason.

Pettitte also recalled the other time he spoke with Clemens about HGH, during the media swirl surrounding earlier congressional hearings — in 2005 — on drug use in sports. Both were playing for the Houston Astros, and Pettitte asked Clemens at spring training what Clemens would say if asked by reporters about HGH use.

Clemens responded: "What are you talking about?" according to Pettitte, and that Pettitte must have misunderstood the 1999-2000 conversation.

"Obviously I was a little flustered," Pettitte said, "because I thought that he told me that he did."

Both Clemens and McNamee have said that McNamee injected Debbie Clemens with HGH at the Clemens' home in 2003, although they differ over certain details.

Clemens has said publicly multiple times, including before Congress at a February 2008 hearing, that Pettitte "misremembers" the 1999-2000 conversation.

Before he could begin testifying about Clemens, Pettitte had to answer very rudimentary questions meant to educate a jury that knows little about baseball, leading him to make statements such as: "The Boston Red Sox play in Boston."

Pettitte mentioned Clemens — along with pitchers Nolan Ryan and Jim Abbott — as players he admired while growing up Texas. Ten years apart in age, Pettitte said he "hit it off immediately" when he and Clemens first became teammates with the Yankees in 1999.

They remained teammates for nine seasons, five with the Yankees, then three with the Astros, then one more back in New York before Clemens retired after the 2007 season.

The trial was moving at a laborious pace before Pettitte appeared. Clemens' lawyer, Rusty Hardin, spent the morning trying to challenge the merits of the 2008 hearing, specifically honing in on whether the questions asked of Clemens had anything to do with Congress' stated mission of passing laws.

Clemens trial: Are steroid hearings worth it?

But Hardin was walking a fine line. A substantial challenge to the validity of the hearings could open the door to allow the government to introduce more evidence about the widespread use of steroids and HGH in baseball — something Clemens doesn't want the jury to hear for fear of guilty by association.

The trial's first witness, Phil Barnett, was majority staff director for the House Oversight and Government Reform Committee when that panel held the 2008 hearing. He said the hearing helped determine the accuracy of the 2007 Mitchell Report on performance-enhancing drug use in baseball, but he added that no legislation was passed as a result.