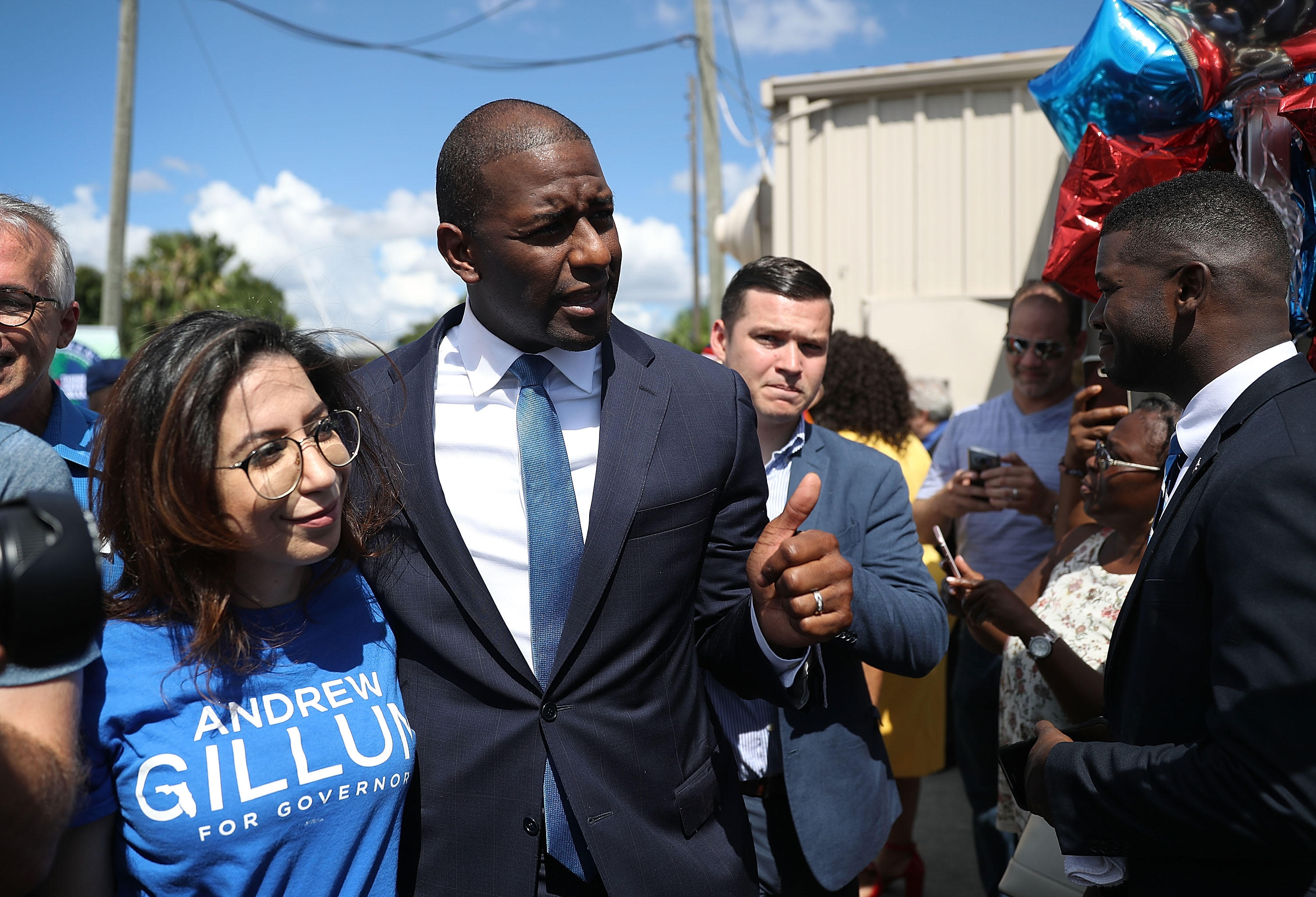 Racist phone calls mocking Florida's black Democratic gubernatorial nominee appear to be from a white supremacist podcast that has also taken credit for inflammatory robocalls in Iowa and California. In the recorded calls, someone falsely identifying himself as Andrew Gillum speaks in a racist, old-time minstrel dialect while asking voters for their support.

The calls, which according to the Gillum campaign started Friday, are said to be paid for by The Road to Power -- an Idaho-based video podcast.

"This is reprehensible -- and could only have come from someone with intentions to fuel hatred and seek publicity," Gillum campaign spokesman Geoff Burgan said in a statement. Burgan said it's unclear how widespread the calls have been, but that he's only heard reports of them in Tallahassee, where Gillum is mayor.

Gillum's Republican opponent, U.S. Rep. Ron DeSantis, is not affiliated with the podcast behind the calls. His campaign spokesman, Stephen Lawson, called them "absolutely appalling and disgusting."

"And hopefully whoever is behind this has to answer for this despicable action," Lawson said in a statement.

Florida's gubernatorial contest was racially charged even before the robocalls. During an appearance on Fox News after Tuesday's primaries, DeSantis called Gillum -- who is seeking to become Florida's first black governor -- an "articulate" candidate, but said "the last thing we need to do is to monkey this up by trying to embrace a socialist agenda with huge tax increases and bankrupting this state." DeSantis' campaign later said the congressman was not referring to Gillum's policies, not himself personally.

In Iowa, anti-immigrant robocalls from The Road to Power began Tuesday -- two days after the funeral of Mollie Tibbetts, a University of Iowa student who authorities say was abducted and killed by a man believed to be in the U.S. illegally.

In California, The Road to Power took credit for anti-Semitic robocalls targeting Democratic U.S. Rep. Mark DeSaulnier in July. DeSaulnier's Republican opponent, John Fitzgerald, a Holocaust denier, wrote a July 11 post on his campaign website condemning the calls, saying they came from "a despicable, hate-filled person/organization who openly degrades ethnic groups in their podcasts and website ..."

The podcast has been linked to a man who, according to police in the Idaho city of Sandpoint, was responsible for distributing racist CDs in a high school parking lot in December. That man, identified by police as Scott D. Rhodes, denied distributing the CDs when officers confronted him, according to The Spokesman-Review . Rhodes is also known by the surname Platek.

The Associated Press left a voicemail to Rhodes' listed number in Sandpoint Saturday but the call was not returned.