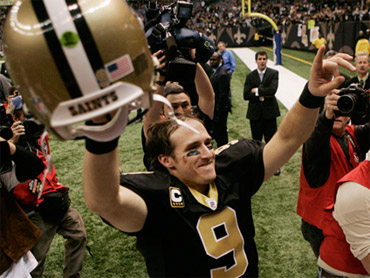 Researchers studying rocks from Antarctica have found chemical evidence that a huge meteorite smashed the Earth 251 million years ago and caused the greatest extinction event in the planet's history, killing about 90 percent of all life.

The extinction, which scientists call the Permian-Triassic event, came some 185 million years before a similar meteorite collision with the planet killed off the dinosaurs.

"It appears to us that the two largest mass extinctions in Earth history ... were both caused by catastrophic collisions" with meteoroids, the researchers say in their study appearing this week in the journal Science.

Asish R. Basu, a professor of Earth sciences at the University of Rochester, said proof of a massive impact 251 million years ago is in the chemistry found in rocky fragments recovered on Graphite Peak in Antarctica. He said the fragments were found at a geological horizon, or layer, that was laid down at the start of the Permian-Triassic extinction. Analysis shows the fragments have chemical ratios that are unique to meteorites.

"The only place you would find the chemical composition that we found in these fragments is in very primitive, 4.6-billion-year-old meteorites, as old as our Earth," said Basu, the first author of the study.

That supports the theory that space rock the size of a mountain streaked in from outer space and smashed into the Earth. The violence of the impact would have caused a huge fireball and sent billions of tons of dust into the atmosphere, enough to darken the sun for months. It also would have laid down a layer of dust bearing the same chemical composition as the meteorite.

Scientists believe the six-mile-wide asteroid that killed the dinosaurs left a thin layer of a metal called iridium all over the globe. Basu said that element was not found in the fragments recovered from the Antarctica, suggesting the earlier space rock had a different composition than the dinosaur-killer rock.

Basu said specimens recovered from Permian-Triassic rocks formations in China, however, have a chemistry that matches that of the meteorite fragments found in Antarctica, a discovery that supports the impact theory. Also, shocked quartz, a telltale sign of an asteroid impact, has been found at both sites, he said.

At the time of the Permian-Triassic event, Africa, South America, India, Australia and Antarctica were joined in a giant continent called Pangea. Just where the asteroid hit in that land mass is uncertain, Basu said.

"The impact had to have been in the southern continents someplace," he said. "We think it is near what is now western Australia."

Life on Earth at the time was far different from what it is now and what it was when dinosaurs lived.

"There were no large animals then, but there were lots of species living on the land and in the sea, and there were plants," said Basu. The most dominant plant, which is found commonly in fossil beds from the Permian-Triassic, was a giant fern called glossopteris. In the geological layers following the impact, that fern is absent from the fossil record.

"That was the last blooming of that plant," said Basu. "After that, it was gone forever from the planet."

Around the same time of both the Permian-Triassic and the dinosaur extinctions, there also were massive outflows of a lava called flood basalt. It continued for thousands of years and thickly covered hundreds of miles. Basu said it is possible that asteroid impacts triggered both eruptions of lava, but the connection has yet to be proven.

Some experts are skeptical that Basu and his co-authors have found 251-million-year-old meteorite metals, although nobody questions that the material did come from outer space. The surprise is that the specimens survived the weathering on Earth for so long.

"It's astonishing, it's incredible, it's unbelievable," Jeffrey Grossman of the U.S. Geological Survey said in Science.

Birger Schmitz of the University of Goteborg in Sweden said in Science that it "would really be remarkable" to find unaltered meteoritic fragments such as those claimed by Basu and his colleagues.

Basu, however, said, "nobody in the world can question our chemical findings."

The question, he said, is what were the unique circumstances that allowed the material to survive virtually unchanged chemically for 251 million years.

"We have to work that out," said Basu.