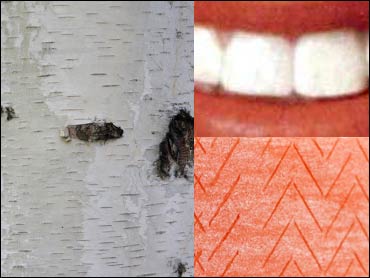 Finns, who introduced a birch-tree sweetener for gum, have found that the habit of chewing sticky lumps dates back thousands of years.

Last month, students in western Finland found a piece of Stone Age birch-bark tar, believed to have been used for chewing and to fix broken arrowheads or clay dishes, archaeologists said Monday.

"Most likely the lump was used as an antique kind of chewing gum," said Sami Viljamaa, an archaeologist who led the dig near Oulu, some 380 miles north of the capital, Helsinki. "But its main purpose was to fix things."

Viljamaa said the piece of Neolithic gum was found among artifacts, like dishes and jewelry, in a Stone Age village at the Kierikki Stone Age Center. "It's somewhere between 5,500 and 6,000 years old," he said.

The ancient gum was found by British student Sarah Pickin, who was assisted by four other students at the site, Viljamaa said. "They also found an amber ring and a slate arrowhead, which were great finds," he added.