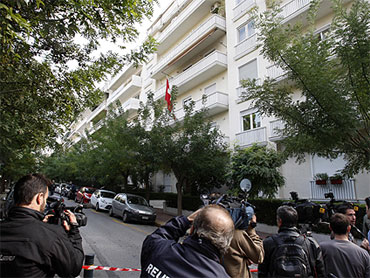 A Pentagon analyst has been indicted on charges he leaked classified military information to employees of a pro-Israel group, according to court papers made public Monday in Virginia.

The six-count indictment charges that Lawrence A. Franklin conspired to disclose national defense and classified information to people not entitled to receive it, including information about potential attacks on U.S. forces in Iraq. One count accuses him of conspiring to communicate the information to an agent and representative of a foreign government.

Franklin, a 58-year-old Air Force Reserve colonel who once worked for the Pentagon's No. 3 official, pleaded innocent to all counts Monday at a hearing in federal court in Alexandria, Va.

FBI agents twice last year searched AIPAC offices. It was once thought AIPAC might be a target of the long-running federal investigation, but that's not the case, people familiar with the probe have said.

The indictment was handed up May 26, but not unsealed until Monday.