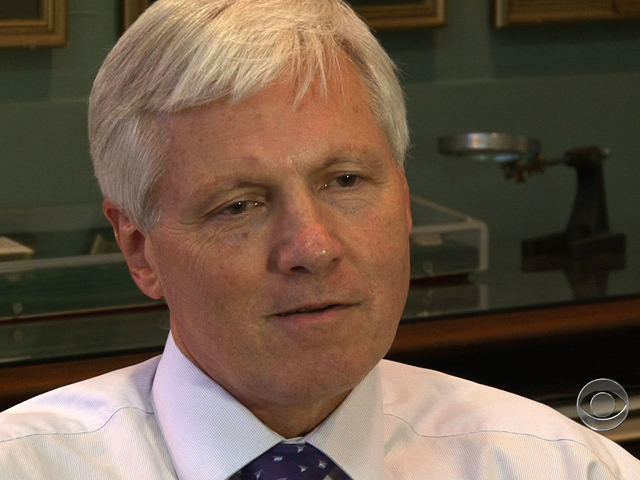 (CBS News) NEW ORLEANS - Seven years ago next week, Katrina ravaged New Orleans. Among the heroic efforts was that by the staff of the Times-Picayune newspaper. The news will continue in New Orleans-- just not on paper every day as the Times-Picayune will be cutting back its print edition.

For nearly 30 years, John McCusker has captured daily life in New Orleans for the Times-Picayune: the joys of Mardi Gras, the horrors of violent crime.

"Being there witnessing history, as I've been lucky to do as a photojournalist, nothing is like that in life," he said.

When Hurricane Katrina hit New Orleans and the levees broke, the paper became a mirror and a megaphone for a city's desperation.

Times-Picayune cuts half of newsroom staff

"The newspaper proved a beacon to people," said McCusker. "It was a rallying place where our story was told."

McCusker's Katrina photos helped the Times-Picayune win a Pulitzer, print journalism's top prize. But he says his colleagues meant more to him than the award.

"We were people who went through horrible things together," said McCusker, "and it made us closer. I guess that's what made it all that harder to know that's being taken away from us now."

Taken away on September 30th, when the paper's management will cut its staff in half. About 84 journalists, including John McCusker, will lose their jobs. The paper will focus on its online coverage and It will print only three days a week.

"My own parents are among those passionate readers who say we can't fathom not having a daily newspaper in this town," said editor Jim Amoss. He added that the 175 year-old paper's bottom line must adjust to a digital world.

"I think all of us in this industry find ourselves in the grips of a really fundamental earth-shaking revolution," he said.

But a daily digital newspaper needs readers with computers. And by one estimate more than one- third of people in this city -- 36 percent -- aren't connected to the Internet.

Ronald Lewis is a lifelong resident of the city's poor Lower Ninth Ward. He doesn't know how to go online. "The newspaper for me especially during Hurricane Katrina was very vital. It became my true source of information," he said.

McCusker said it's not just a job he's losing, but his identity.

"Since 1983, I've introduced myself as 'John McCusker with the Times-Picayune.' And I'm not going to be doing that anymore. I'm wondering who I am, what I'm going to be," he said.

In true New Orleans fashion, he recently held a jazz funeral at his home for the paper and its laid-off journalists. This fall, he'll pursue a new career: giving jazz tours in his native city.