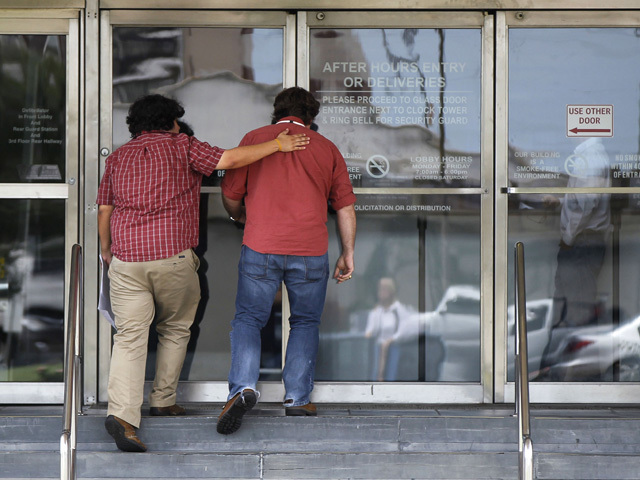 (AP) NEW ORLEANS - The Times-Picayune said Tuesday 200 employees will lose their jobs when one of the nation's oldest daily newspapers shifts its focus to online news and publishes just three days a week beginning this fall.

The paper said 84 of the newsroom's 173 employees were cut at the 175-year-old paper. Advertising, circulation and other departments also were affected. The change means New Orleans will become the largest metro area in the nation without a daily newspaper in the digital age.

In Alabama, three major daily newspapers laid off about 400 employees, many of them in the newsrooms at The Birmingham News, the Press-Register in Mobile and The Huntsville Times.

All four papers will continue to publish on their websites, and online access will remain free.

The newspapers' parent company, Advance Publications, is shifting its focus in the digital age. Papers have struggled in recent years as print advertising declined during the recession, and newspapers have yet to learn how to make online advertising as profitable as its printed counterpart.

News of the pending changes first broke late last month and was greeted with dismay In New Orleans. A rally in support of keeping The Times-Picayune a daily drew hundreds of people outside a popular restaurant last week.

Community leaders and a group of advertisers that includes an auto dealership, one of the area's largest real estate agencies, jewelers and a regional grocery chain have called on the parent company to keep the daily publication.

"Many readers can't imagine the morning without our newspaper in their hands," The Times-Picayune editor, Jim Amoss, said in a video posted on the paper's affiliated website, NOLA.com. "I understand that. I'm a print guy. I grew up in this business. But I'm also a news guy, a journalist and a New Orleans native. My priorities are to cover the news of the New Orleans area, to have the best reporters investigate and explain the complexities of this politically byzantine community and to write about our culture, our food, our music, our sports mania."

The staff reductions are effective Sept. 30.

Job casualties in New Orleans included some of the city's most experienced writers and photographers, many of whom announced their own departure on a Facebook page by simply posting "-30-," an old copy editor's code for "end of story."

Peter Finney, a sports writer for the paper since 1945, is being laid off but has been asked to write a freelance column, the paper said. Managing editors Peter Kovacs and Dan Shea, among the newsroom leaders during the paper's Pulitzer Prize winning coverage of Hurricane Katrina's aftermath, have not been asked to stay. Brett Anderson, the current restaurant critic for the food-obsessed city, is leaving for a fellowship.

Employees who took part in Tuesday's meetings described an emotional scene that played out over the course of the day among colleagues who have worked together for many years.

Reporter Barri Marsh Bronston said she was being let go after 31 years.

"These last three weeks have been unbearable, but I'm feeling a sense of relief right now," she said in a post on Facebook. She did not want to be interviewed but gave permission for her comment to be used.

Throughout the day, employees met with various managers and were told either that they would have a job with the new company, Nola Media Group, or they were offered severance packages. Some will later be able to apply for positions in the new operation, the paper said.

The Times-Picayune was acquired by the Newhouse-family run Advance chain in the 1960s. The current news operation was rooted in the combination of The Times-Picayune, a morning newspaper, and its afternoon companion, The States-Item, in 1980.

After the merger, the newspaper expanded coverage with the opening of bureaus in the New Orleans suburbs. It earned two Pulitzer Prizes in the 1990s and then later two more for its reporting of the aftermath of Hurricane Katrina.