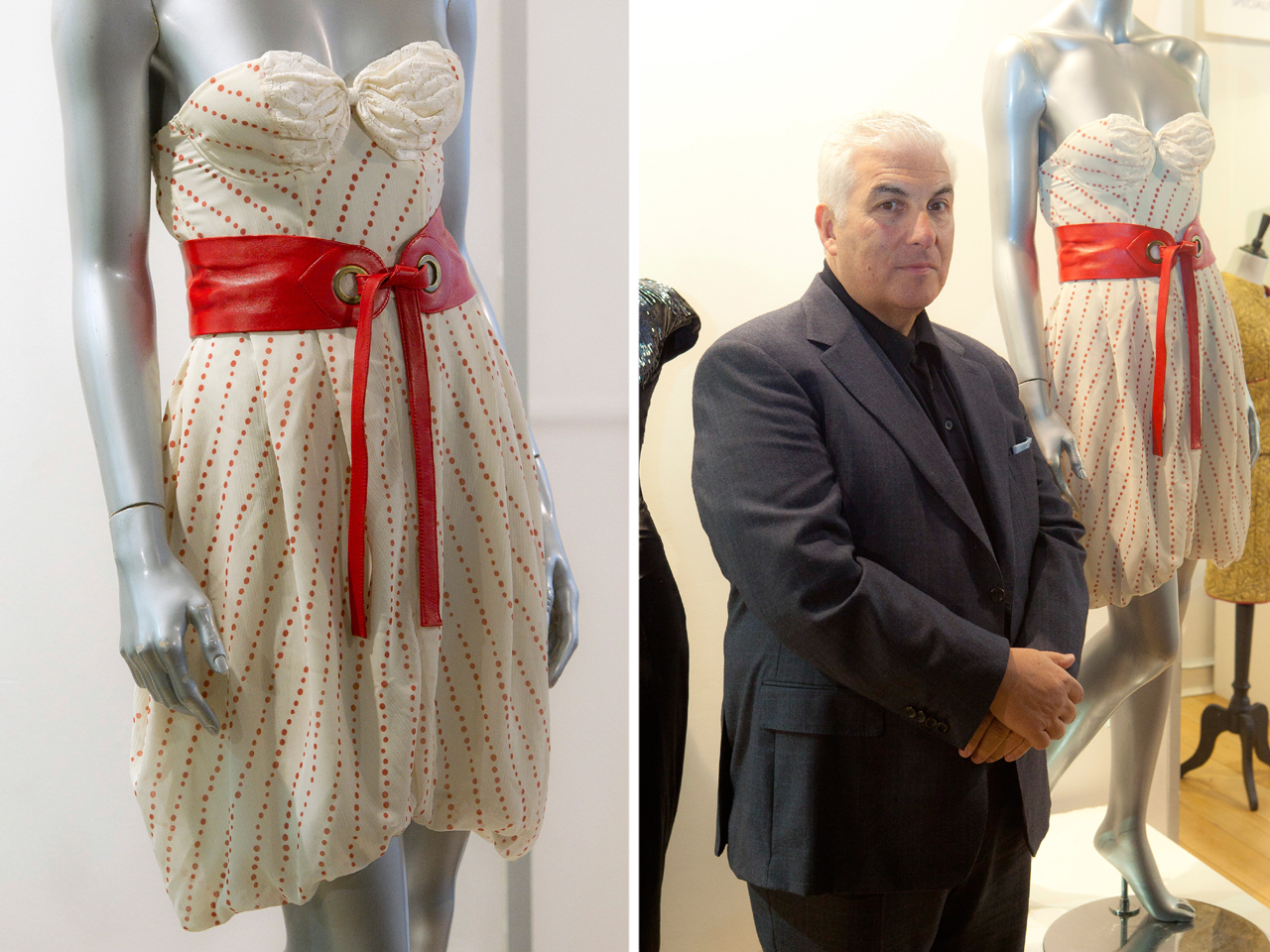 (CBS) The dress Amy Winehouse wore on the cover of her hit album "Back to Black" has sold big at auction.

It fetched 43,200 British pounds (about $67,500) - quadruple its asking price, according to Kerry Taylor Auctions in London.

The white and red printed chiffon dress, designed in 2006 by Thailand-based designer Disaya, was purchased by the Fundacion Museo de la Moda in Chile. The designer donated the proceeds from the sale to the Amy Winehouse Foundation, which was set up by the singer's family to help vulnerable young people.

The singer's father, Mitch Winehouse, attended the auction on Tuesday.

"We are just over the moon and this is a wonderful start to the foundation," he said.

Other items sold at the auction included dresses worn by Elizabeth Taylor and Audrey Hepburn.

Winehouse was found dead in her London home on July 23, at the age of 27. A coroner ruled last month that the singer died from accidental alcohol poisoning when she resumed drinking after weeks of abstinence.

A new album of recordings from the late soul diva will be released on Dec. 6.