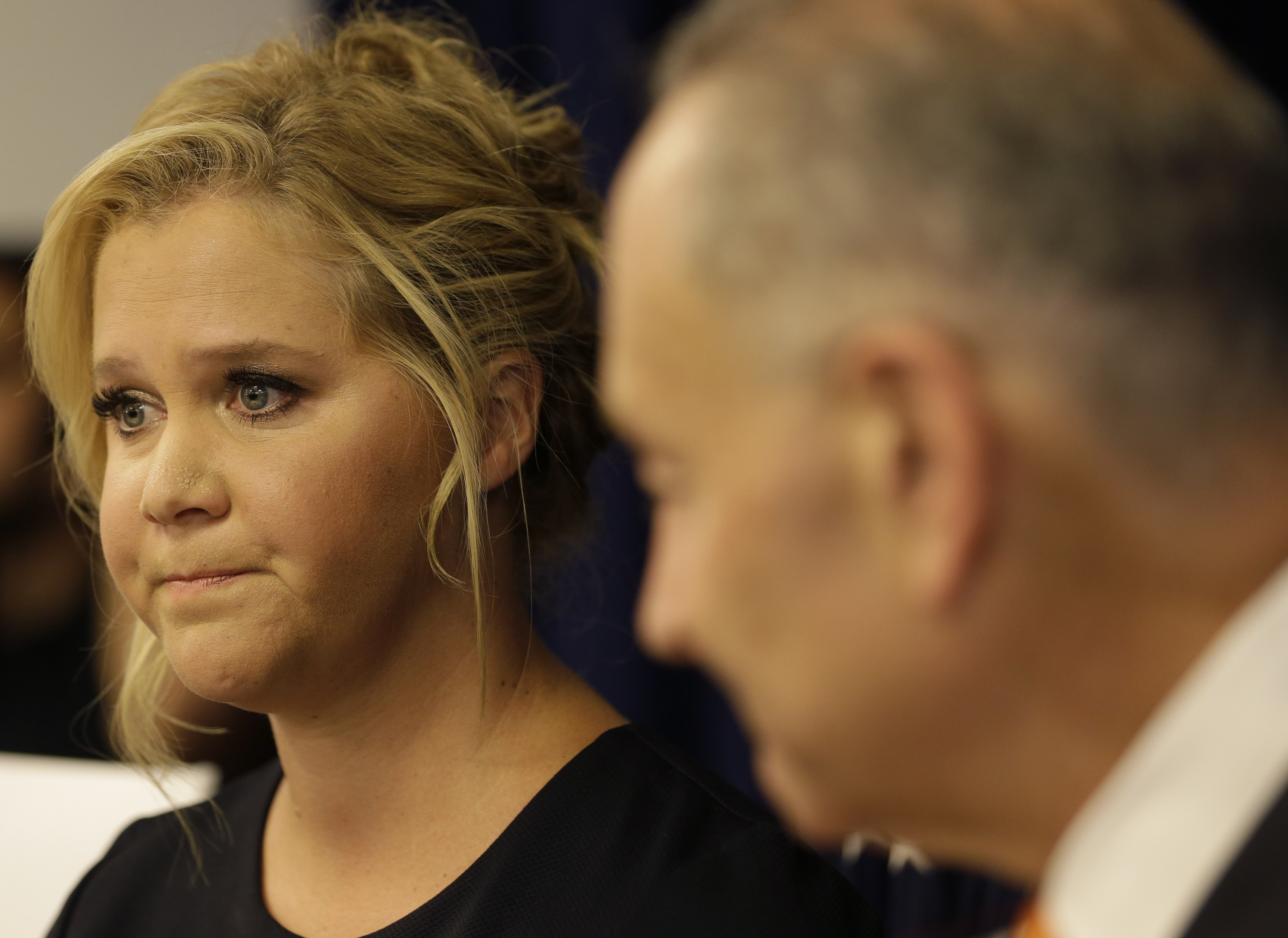 NEW YORK -- When it comes to gathering support for major issues, Amy Schumer is at the cutting edge of influence. The actress and comic has more than 2 million Twitter followers, and nearly as many on Facebook and Instagram.

On Sunday, they stood in front of New York's City Hall for what they call their "crusade on guns."

It started in August, when the two teamed up days after a gunman fatally shot two women in a Louisiana theater showing "Trainwreck," starring Amy Schumer.

"On Thursday, July 23rd, a man sat down for my movie, "Trainwreck." I don't know why he picked my movie," she said on Sunday. "It is something I live with every day."

"Schumer & Schumer" -- as the cousins whimsically dub themselves -- urged lawmakers to back a proposed gun control bill sponsored by the New York Democrat.

It would close the loophole allowing weapons to be sold without background checks at gun shows and online; fill gaps in the background check system itself; and stop arms trafficking of weapons across state lines.

In New York City, 85 percent of guns used in crimes come from out of state, the senator said.

The two Schumers want Americans to call, write, tweet, post on Facebook and march to stop gun violence. They say that could create a groundswell forcing a vote early next year.

On Sunday, Amy Schumer introduced the hashtag #AimingForChange to give people a voice across social media.

The senator believes at least 40 other senators support him, but he hopes for votes from the 60 needed to pass a bill.