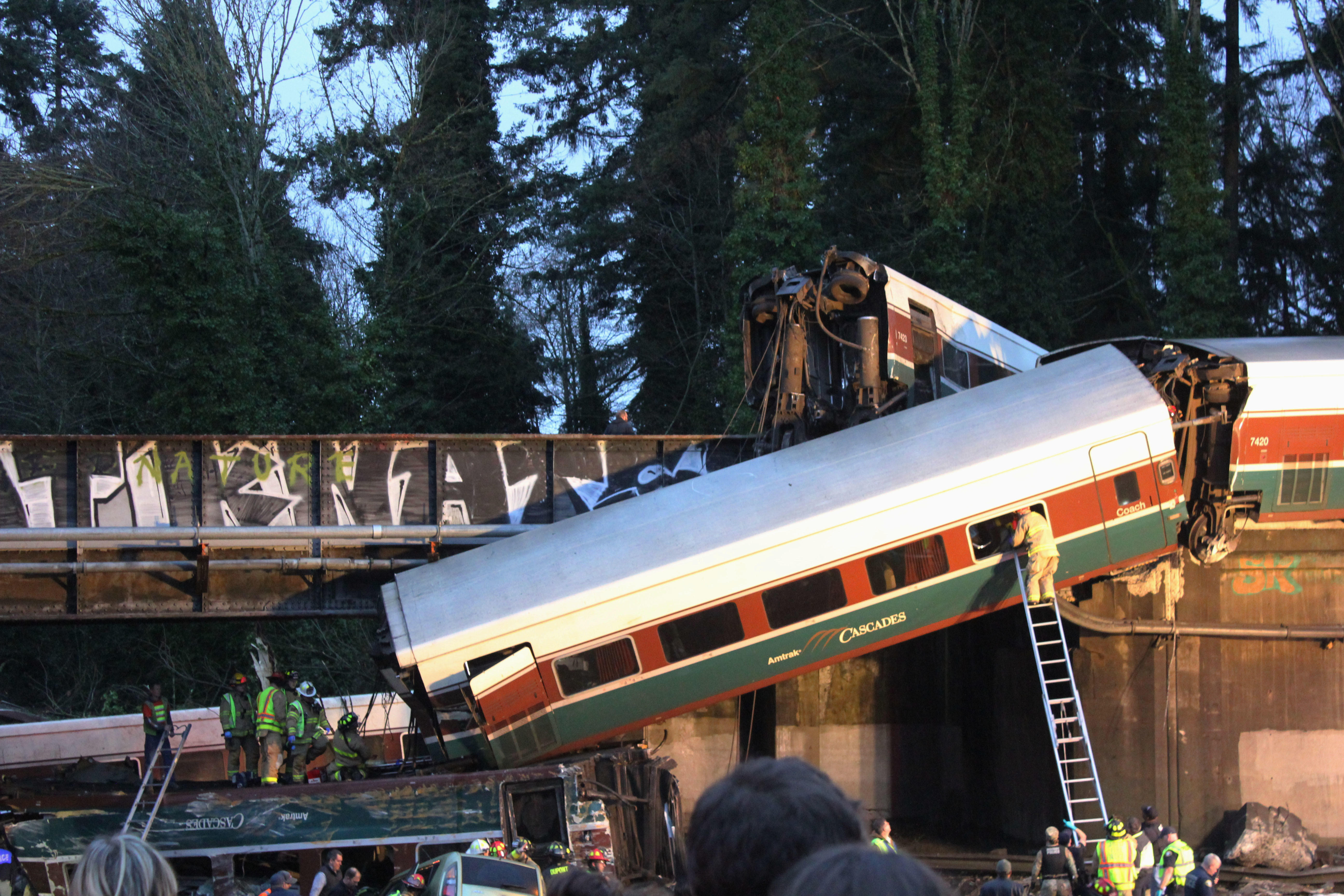 SEATTLE -- Federal investigators say video aboard the Amtrak train that derailed in Washington state shows crews weren't using personal electronic devices and that the engineer remarked about the speed six seconds before the train went off the tracks south of Seattle, killing three people.

The National Transportation Safety Board also said Friday that the inward-facing video with audio showed it did not appear that the engineer placed the brake handle in the emergency braking mode. The train was recorded at 78 mph -- more than double the posted speed limit.

The train derailment Monday spilled cars onto the highway and closed the southbound lanes of the state's main north-south arterial. Federal investigators trying to determine the cause of the wreck say their full investigation could take more than a year.

CBS News transportation correspondent Kris Van Cleave reports that scenario positive train control, or PTC, could have prevented the deadly train derailment. Amtrak and all big passenger railroads were supposed to have it in place two years ago, but that didn't happen.

A deadly 2008 accident in California prompted Congress to mandate PTC by the end of 2015. But that year, just months after the Amtrak 188 derailment in Philadelphia, Congress voted to delay the deadline until 2018, Van Cleave reports.

Now, only about 40 percent of passenger locomotives have PTC installed.