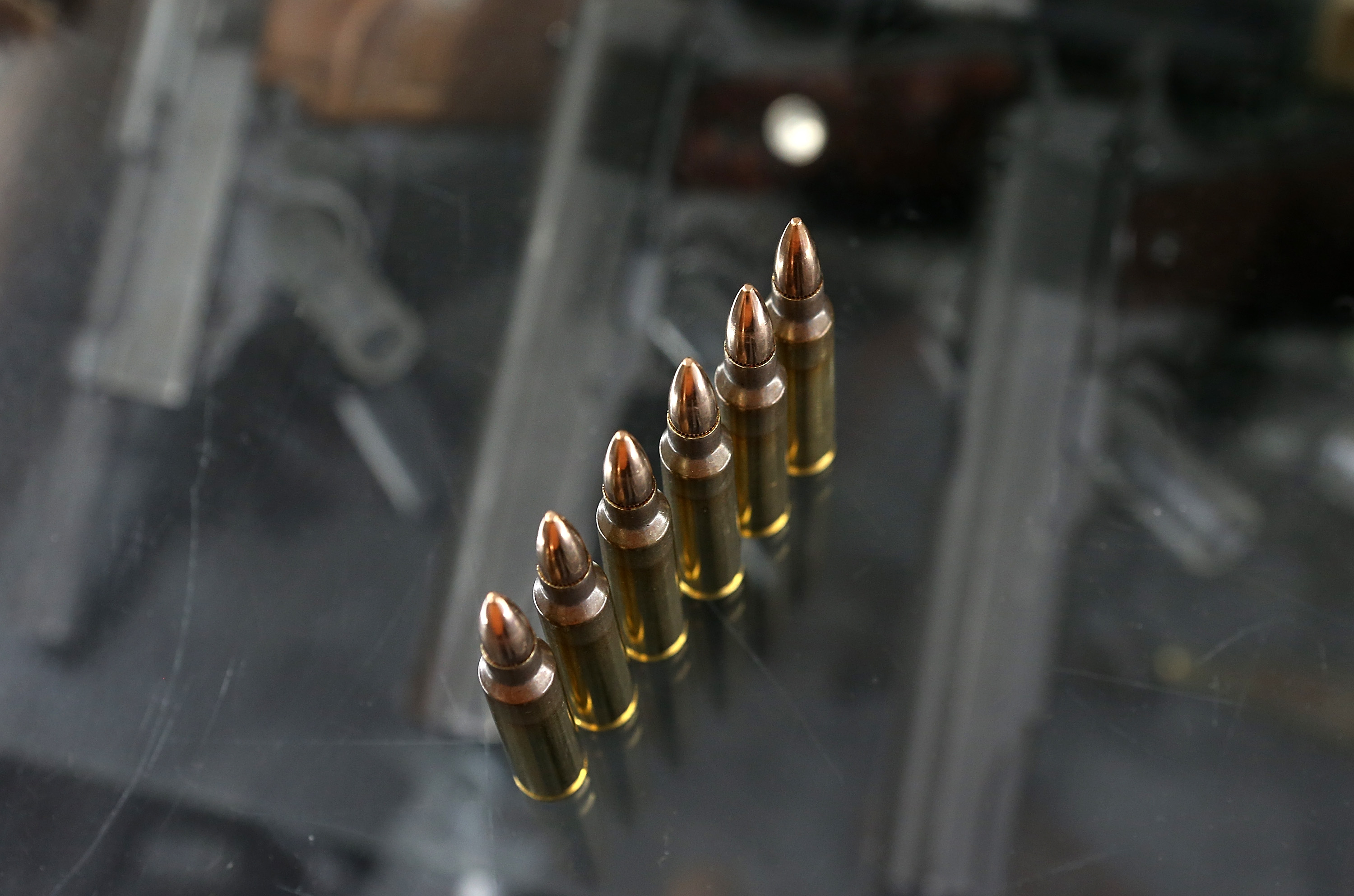 For years, conspiracy theorists have fueled the idea that the government is stockpiling ammunition as part of a gun control effort to create a shortage of bullets. Federal agencies and pro-gun rights groups like the National Rifle Association have tried to debunk the myth, but a few Republican lawmakers are nevertheless pushing legislation that would address the would-be threat.

Oklahoma Sen. Jim Inhofe, R-Okla., and Rep. Frank Lucas, R-Okla., last week introduced the "Ammunition Management for More Obtainability (AMMO) Act of 2013," which would restrict government agencies -- except for the Defense Department -- from buying or possessing any more ammunition each month than the monthly average it purchased between 2001 and 2009. The bill would also require the Government Accountability Office (GAO) to conduct a report on the government's ammunition purchases and their effect on the ammunition supply available to the public.

"President Obama has been adamant about curbing law-abiding Americans' access and opportunities to exercise their Second Amendment rights," Inhofe said in a press release. "One way the Obama Administration is able to do this is by limiting what's available in the market with federal agencies purchasing unnecessary stockpiles of ammunition."

Lucas said he's been hearing from his constituents on the issue was surprised to learn in a recent hearing in a House Oversight and Government Reform subpanel committee about how much ammunition the Department of Homeland Security purchases.

During that hearing, DHS chief procurement officer Nick Nayak told lawmakers that the department buys about 100 million rounds per year and keeps about two years' worth of ammunition on hand.

Nayak said DHS keeps that much ammunition on hand because it is "made specifically to our contract specifications," and their orders can sometimes take months to come through. Nayak called the assertion that the department is stockpiling ammunition "simply not true." He also pointed out that, according to the National Shooting Sports Foundation, the total annual domestic production of ammunition is roughly 10 to 12 billion rounds -- DHS annual purchases are about 1 percent of that production.

Showing just how pervasive the concern over ammunition "stockpiling" is, Nayak said DHS has responded to over 200 inquiries from congressional offices and the Government Accountability Office on the issue of ammunition purchases.

"It might have been predictable that Sarah Palin would have taken advantage of an opportunity to feed these conspiracy theories or statements that the government was preparing for civil unrest," he said. "It's a little more disturbing that Senator Chuck Grassley would seize the opportunity to accuse the government of contouring the market on the ammunitions to drive up prices."

Not all pro-gun rights proponents are feeding this narrative. During a constituent work week about a month ago, Sen. Johnny Isakson, R-Ga. -- who has an "A" rating from the NRA -- told constituents, "Yes, the government has purchased large amounts of ammunition. But you have to realize that 1.6 billion cartridges will be used at the Federal Law Enforcement Training Center in Brunswick. What's really causing the shortage is panic buying by people who fear restrictions on ammunition and weapons purchases."

The NRA itself tried to debunk the myth last year, writing, "Much of the concern stems from a lack of understanding of the law enforcement functions carried about by officers in small federal agencies... Today, there are more than enough actual threats to the Second Amendment to keep gun owners busy... there is no need to invent additional threats to our rights."

Still, since President Obama's re-election in November -- and particularly after the mass shooting in Newtown, Conn. -- the demand for ammunition has increased, according to the Associated Press.