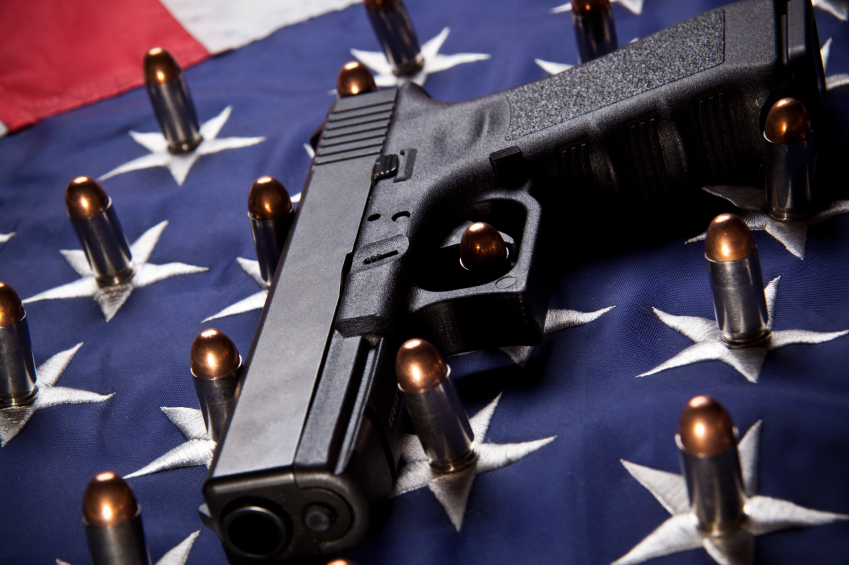 Ahead of expected votes on bills to reduce gun violence, members of Congress this week and last got an earful from their constituents on the issue.

During Congress' two-week Easter recess, several congressmen heard from voters with strong opinions on gun legislation at town hall meetings. At many meetings, the tone of the discussion illustrated how difficult it will be for Congress to pass meaningful reforms.

At town hall meetings across Oklahoma, Sen. Tom Coburn, R-Okla., heard an identically-worded question from constituents -- presumably drafted by a pro-gun group or movement -- pressing him on whether he would join Sen. Rand Paul, R-Ky., in filibustering gun legislation, the Wall Street Journal reported.

While Coburn is a very conservative gun-rights advocate, he has been working with a bipartisan group of lawmakers on legislation to expand background checks for gun purchases. Coburn rebuffed the questioners, explaining he doesn't commit to a filibuster before he understands the legislation in question -- or in this case, before it's complete.

"Is that about filibustering a bill to protect the Second Amendment, or is that about Rand Paul?" Mr. Coburn said at one town hall on Wednesday, the Journal reports. "I've done more filibusters than Rand Paul is old."

At a Tipton, Iowa, town hall last week, the Ames Tribune reported on Sunday, Sen. Chuck Grassley, R-Iowa, ended up acting as a moderator while about a dozen voters debated gun control. The debate was sparked when one woman in the audience told Grassley the Second Amendment should be repealed.

Questions regarding gun legislation popped up at town halls in places like Florida, Texas and Kentucky. Rep. Ted Yoho, R-Fla., told his constituents in Gainesville that he does not support universal background checks, the Gainesville Sun reported. Yoho said the government should instead focus on mental health issues. "What is the real issue? It's the violence created by a weapon, and that could be a baseball bat," he said.

In Waco, Texas on Monday, Rep. Bill Flores, R-Texas, surveyed town hall attendees and found them split over immigration but largely united in their opposition to new gun laws. Flores also called for mental health reforms, the Waco Tribune-Herald reported. "Let's focus on the violence and not the weapon," he said.

In meetings in Albany, Ga., Sen. Johnny Isakson, R-Ga., said he considered any gun legislation a non-starter, the Albany Herald reported. "There will be no legislation passed in regard to magazines or weapons," Isakson said. "The Second Amendment is important to the people of Georgia and it just ain't gonna happen. In the end it's all just going to amount to a lot of sound and fury. Any legislation that contravenes the Second Amendment is impossible because the people don't want to see it happen."

The senator also debunked the myth that recent ammunition shortages are the result of large government purchases. "Yes, the government has purchased large amounts of ammunition," Isakson said. "But you have to realize that 1.6 billion cartridges will be used at the Federal Law Enforcement Training Center in Brunswick. What's really causing the shortage is panic buying by people who fear restrictions on ammunition and weapons purchases."

Since President Obama's reelection in November -- and particularly after the mass shooting in Newtown, Conn. -- the demand for ammunition has increased, the Associated Press reported this week. Gun owners in upstate New York have been sweeping up bullets, according to the AP, as they have in other states like North Carolina. A clerk at the gun shop Hunter's Haven in Rolesville, N.C., told the AP that ammunition is going out "as fast as we can get it in."

While there is plenty of opposition to new gun laws, families impacted by gun violence are still passionately pressing for action.

Congress returns from its recess next week, and the Senate should take up a gun bill soon. The White House, meanwhile, is continuing its full court press for action. On Monday, Mr. Obama travels to Hartford, Conn., where he'll meet with families affected by gun violence. Then on Tuesday, Vice President Joe Biden will hold an event with law enforcement officials at the White House. On Wednesday, First Lady Michelle Obama will talk about reducing gun violence in her hometown of Chicago.