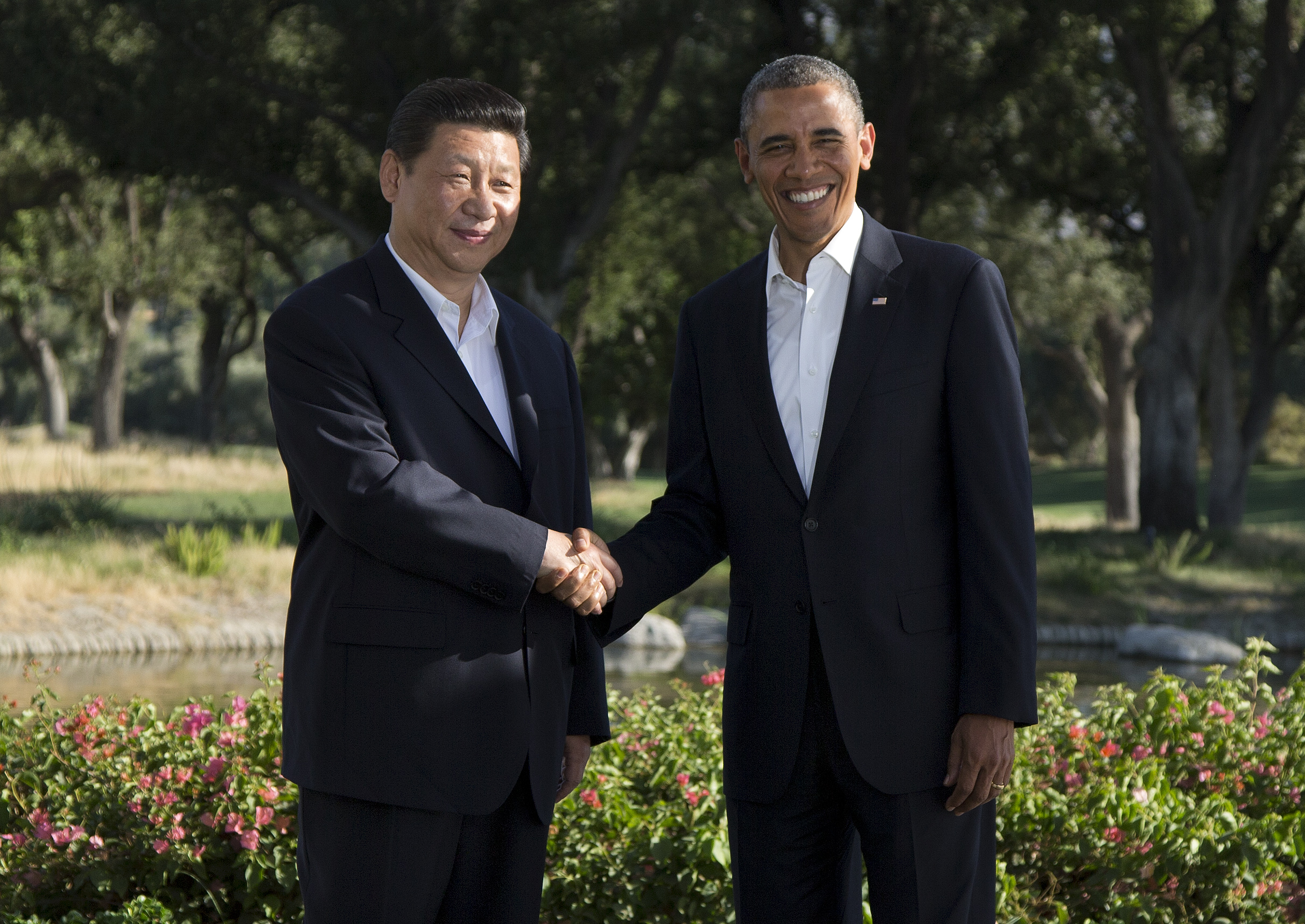 RANCHO MIRAGE, Calif. While acknowledging inevitable "areas of tension" between the U.S. and China, President Obama welcomed President Xi Jinping to two-days of talks saying the peoples of both countries want a "strong, cooperative relationship."

The two leaders spent nearly three hours in their first round of talks. Both leaders agreed they had "a very constructive conversation."

Mr. Obama said he raised U.S. concerns about cyber hacking originating in China, but Mr. Xi countered that China has also been the target of hackers. He said the two nations need to "pay close attention" to the issue and "work together in a pragmatic way" to resolve it.

Mr. Xi complained that some U.S. press reports made it sound as though cyber security was the biggest issue in the Sino-American relationship.

It was over 110-degrees in this resort town as the two leaders began their summit on the lush and verdant grounds of the 200-acre estate known as Sunnylands. Mr. Obama said he hoped the more casual setting would lend itself to extended conversation in which they can share their visions.

In remarks to reporters as the talks began, Mr. Obama expressed the hope -- and even confidence- - that the summit would help lay "a strong foundation" for "a new model cooperation" between their two countries. Mr. Xi later expressed a similar sentiment.

Mr. Obama made a point of saying that the U.S. welcomes the rise of China as a world power. He said a peaceful, stable and prosperous China is not only good for the Chinese people, but also for the United States.

But he was quick to mention some of the more contentious issues on the agenda. He said he would emphasize concerns about human rights. "History shows that upholding universal rights are ultimately a key to success and prosperity and justice for all nations," said the president as if lecturing Mr. Xi on the issue.

He also spoke of U.S. hopes that China can use its influence to get North Korea's unpredictable and erratic leader Kim Jong Un to abandon his country's nuclear weapon and missile programs, and end its belligerent approach to South Korea. He later said the issue was discussed.

Mr. Xi was quick to note that this summit was taking place just three months after he assumed his country's top leadership post. He called it his great pleasure to attend the meeting.

Speaking through a translator, Mr. Xi said China and the U.S. have shared interests in promoting economic growth and dealing with global challenges.

Mr. Xi said he looks forward to in-depth communication with Mr. Obama and is confident their meeting "will achieve positive outcomes and inject fresh momentum into the China-U.S. relationship."

The White House is decidedly not forecasting any breakthrough agreements between Mr. Obama and Mr. Xi, but neither do they minimize the importance of the talks.

"The U.S.-China relationship is as important as any bilateral relationship for shaping the trajectory of the global economy and global security in the 21st century," said one of three officials briefing reporters.

It's a coverall reference to the issues Mr. Obama will be raising with Mr. Xi, who assumed his nation's presidency from Hu Jintao on March 14th of this year. He already had the post of General Secretary of China's Communist Party.

U.S. officials see it as an encouraging sign that Mr. Xi agreed to a meeting "a little bit less scripted perhaps than the formalities of a state visit," said another senior administration official.

"The relationship that we have with China is broad and complex, and it is very important for these kinds of meetings to take place for that relationship to be developed," said press secretary Jay Carney at a White House briefing this week.

Though Mr. Xi 's wife, Peng Liyuan, accompanied him on this trip, not so Mrs. Obama. Some in China portray it as a snub, but White House officials said Chinese planners were told in advance that Mrs. Obama would not be attending the gathering. Aides say she has family obligations back at the White House.

It should be noted that the Sunnylands estate offers a spectacular golf course, but CBS News has been told there were no plans for the two leaders to hit the links. However, Mr. Obama might have time for a round after the summit concludes on Saturday.