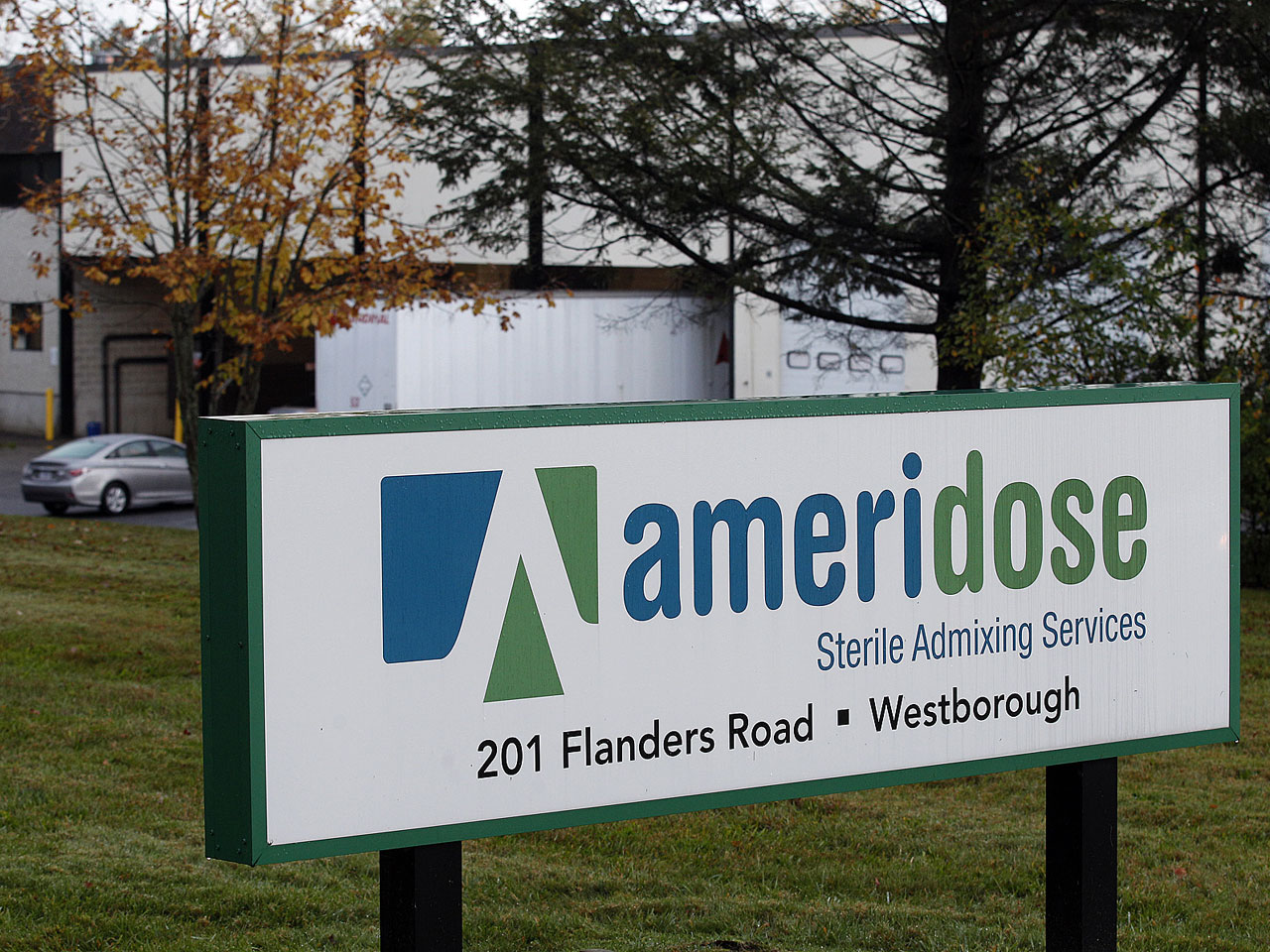 Ameridose, LLC, a company that shares its ownership with the New England Compounding Center, is recalling all of its products, the Food and Drug Administration announced Wednesday.

The company based in Westborough, Mass., is voluntarily recalling all of its unexpired products that are in circulation. Such products may contain markings like an Ameridose name or logo on it.

During an on-site investigation of the facility, the FDA told the company it wanted improvements in Ameridose's sterility testing process.

"Ameridose and FDA agree that the use of injectible products that are not sterile can represent a serious hazard to health and could lead to life-threatening injuries and/or death," the company said in an FDA press release.

Ameridose said it has not received any reports of side effects related to its products under the recall.

"Nevertheless, out of an abundance of caution, we are undertaking this recall to assure customers that when Ameridose products are shipped, they are fully in conformance with all of the FDA's recommendations," the company said.

Cadden met his wife, Lisa Conigliaro, in pharmacy school in the late 1980s. Lisa is Greg's sister and also a director of NECC, the CBS Evening News reported. The Conigliaros own about a dozen companies.

Ameridose compounds drugs at one of its two facilities in Westborough, but also provides medication in pre-filled oral syringes to hospitals nationwide, according to previous reports. Previously the company had agreed to a temporary shutdown that would lift Oct. 22 after it was investigated by state and federal regulators.

Sterility concerns have recently come to light following a preliminary report on conditions at the The New England Compounding Center. The Framingham, Mass.-based company is currently tied to a 19-state fungal meningitis outbreak linked to contaminated lots of methylprednisolone acetate it shipped to 23 states to treat patients for back and joint pain.

As of Oct. 31, 368 people have developed fungal meningitis, including 29 deaths, according to the Centers for Disease Control and Prevention. Nine other peripheral joint fungal infections from those who received steroid shots in areas like the ankle, hip, shoulder and elbow have been reported.

Last week, an FDA preliminary investigation found "greenish black foreign matter" and "white filamentous material" in vials of the injectable steroids that were included in NECC's product recall. There were also sterility concerns from discoloration on other laboratory equipment and from contamination in "clean rooms" where drugs were prepared.

Patients should contact their doctor if they have experienced any problems related to using an Ameridose product.

Ameridose's products were shipped to health care facilities across the country. A complete list of products can be found on the company's web site.

The company has also notified customers by fax and is arranging to return all the products. Customers with questions can call Ameridose by phone at 888-820-0622 on Monday through Friday from 9:00 a.m. to 5:00 p.m. E.T., or by email at amdservice@ameridose.com.