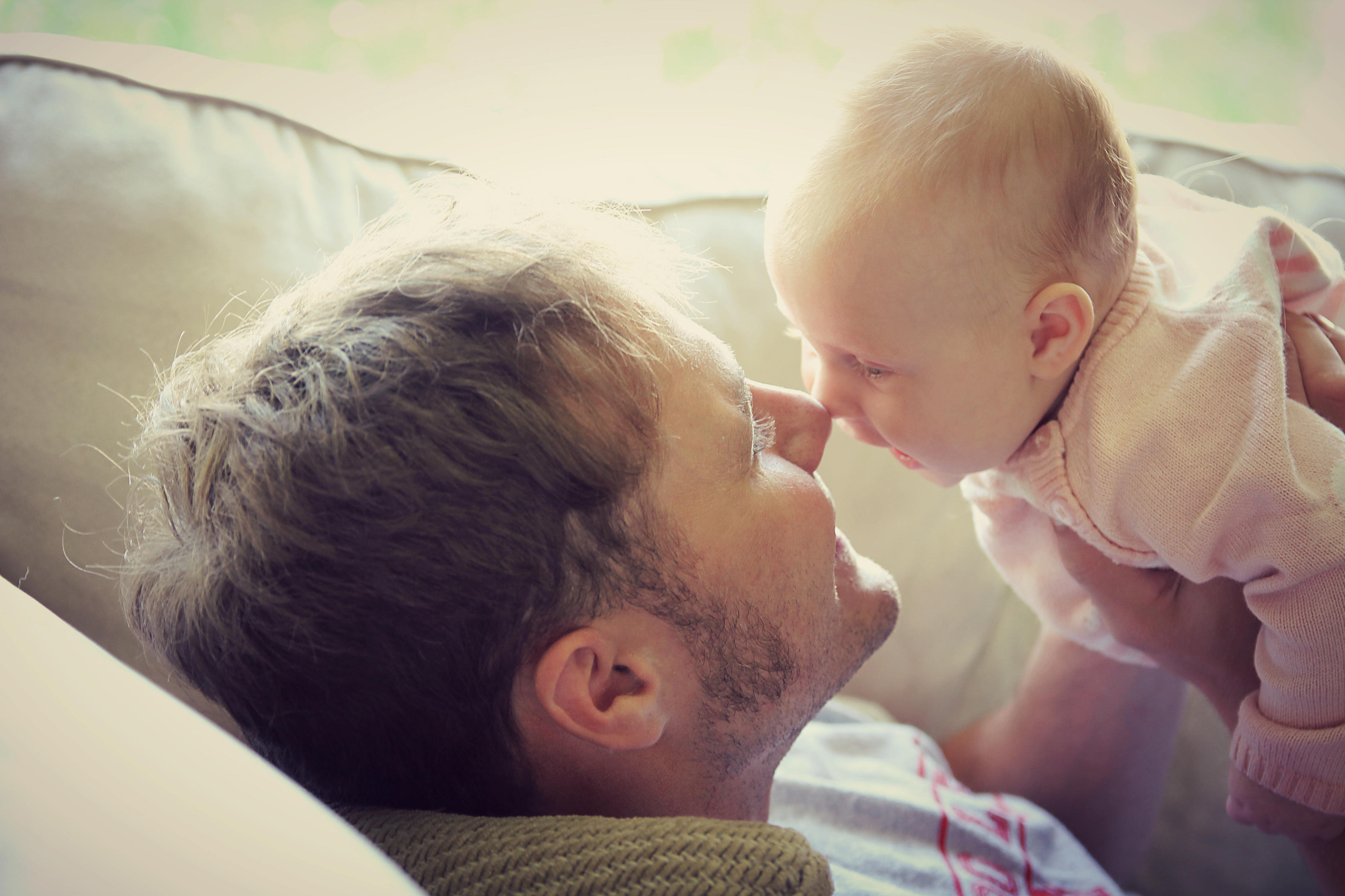 New dads may sport a few more gray hairs than in years past, a U.S. study finds.

The average age of new fathers has risen in recent decades, research shows, raising questions about the possible social and public health impact.

The study, which analyzed federal birth records, found that fathers of newborns are now 3.5 years older, on average, than their counterparts in the early 1970s.

The pattern is not surprising, since it parallels what's been seen among U.S. women.

But much less research has explored the changing demographics of American fathers, according to senior researcher Dr. Michael Eisenberg.

"I think it's important for us to pay attention to these demographic shifts and what their implications could be for society," said Eisenberg, an assistant professor of urology at Stanford University in California.

On one hand, he said, older fathers are more likely to have kids affected by certain health conditions, such as autism and schizophrenia.

Plus, couples who wait to start a family will likely have fewer kids, Eisenberg noted. And that could mean a shrinking pool of working people supporting older, retired Americans.

"I'm not trying to sound alarmist," Eisenberg stressed. "But these are issues to think about."

The aging of U.S. parents also has potential benefits, though.

Older dads, Eisenberg said, tend to have better jobs, more stability, and be more involved in their children's lives.

Does that mean the trend in fathers' ages will translate into growing ranks of involved, caring dads?

It is true that men who are more-educated and in stable relationships tend to become fathers relatively later, said Gallagher, who was not involved in the study.

"And from a psychological perspective," he said, "older parents are likely to be more mature and less impulsive in their behavior."

But, Gallagher noted, age alone does not guarantee good parenting skills. "Older age does not mean everything will work out well," he said.

Surveys do show that "older" dads -- those ages 35 to 44 -- are more likely to be living with their kids, and therefore more involved in raising them, according to Eisenberg's team.

And there's evidence that kids benefit from fathers' involvement, Gallagher said: On average, they tend to do better at school, and have more self-esteem and better emotional regulation.

Having two involved parents "is like a double-dose of caring," Gallagher said.

The findings, published online Aug. 30 in the journal Human Reproduction, are based on records for nearly 169 million U.S. births over the past four decades.

The pattern was seen among fathers of all races and ethnicities, though the average age varied. By 2015, Asian men were the oldest (34 to 36 years), and black, Hispanic and Native American men were the youngest (29 to 30 years).

Few men older than 50 are becoming new fathers; they account for 0.9 percent of all births, the study found. But that is up from 0.5 percent in the 1970s.

Since men have a much longer reproductive life than women do, there is no clear definition of what an "older father" is, Eisenberg said.

"The oldest father on record was 96 years old," he noted, referring to a man in India who had children with a wife in her 50s.

However, men do have their own biological clock of sorts. Their fertility declines with age, Eisenberg said, as does their sperm quality.

It's been estimated that men acquire, on average, two additional mutations in their sperm each year, Eisenberg said. Plus, older fatherhood has been tied to increased risks of certain chromosomal abnormalities, autism, some pediatric cancers and schizophrenia.

The risks to any one man, however, would be small, Eisenberg pointed out. "Those are not common conditions. So even if the relative risk were increased, the absolute risk would still be low," he said.

Still, he added, additional cases of child health conditions could have a bigger impact on a societal level.