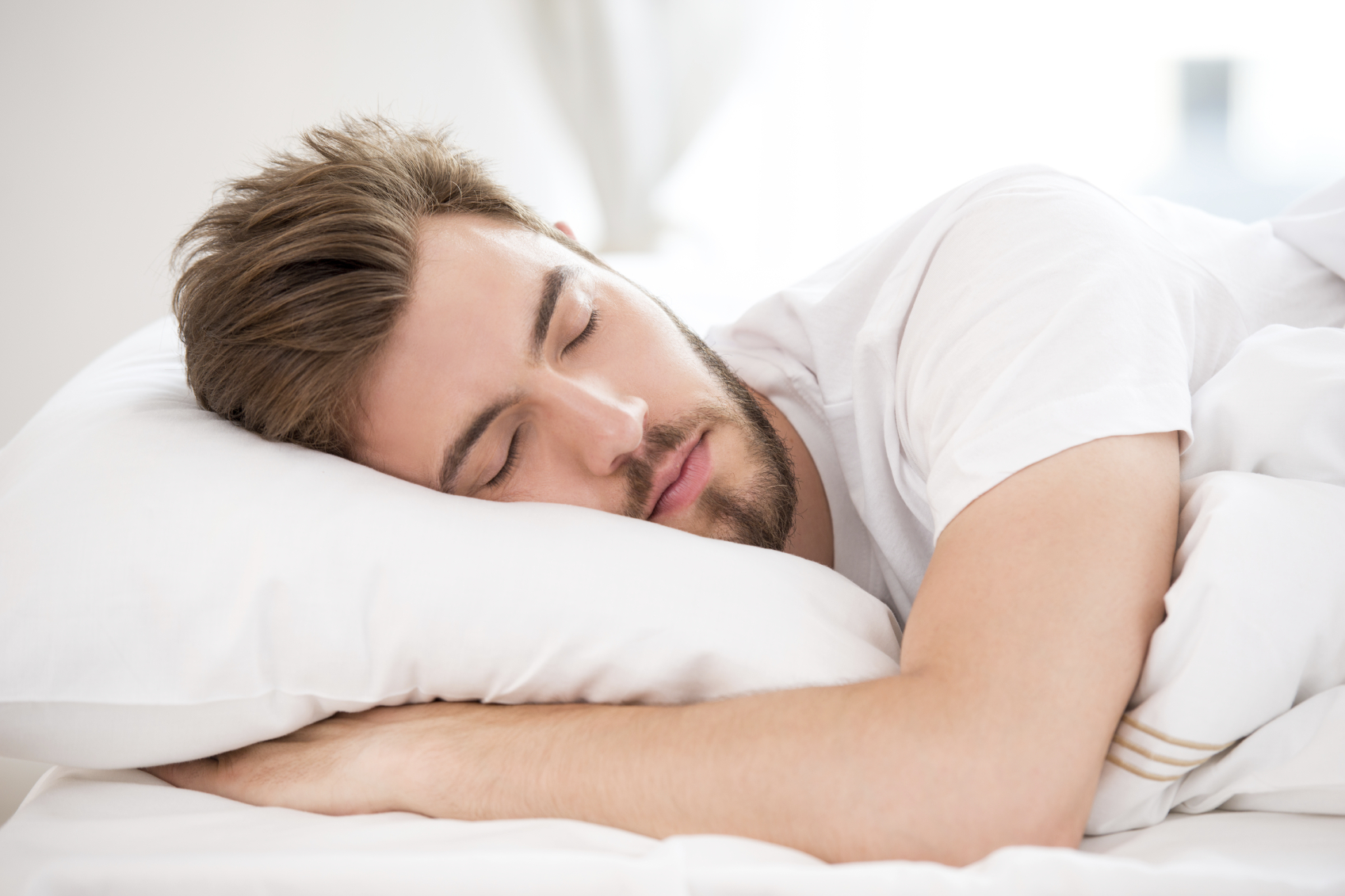 Sleeping too little or too much can affect a man’s ability to impregnate his partner, new research suggests.

The “sweet spot” appears to be 7 to 8 hours of sleep a night, said study author Lauren Wise, a professor of epidemiology at Boston University School of Public Health.

Among the 790 couples the researchers followed, “we found both short and long sleep duration -- less than 6 hours or 9 or more per night -- were associated with a reduced probability of pregnancy,” Wise said.

Using 8 hours of sleep as the reference point, men who slept less than 6 or more than 9 hours a night “had a 42 percent reduced probability of conception in any given month,” she added.

The main explanation is most likely hormonal, Wise said. Fertility experts know that testosterone is crucial for reproduction and the majority of daily testosterone release in men occurs during sleep, she explained. Total sleep time, in turn, has been positively linked with testosterone levels in several studies, she added.

All of the couples in the study were trying to conceive, and they had been trying for no more than six menstrual cycles. The couples answered questions about sleep patterns and whether they had trouble sleeping. Those men who had trouble sleeping more than half the time were also less likely to impregnate their partner than those who didn’t, the researchers found.

While the study found only an association between sleep and fertility, “it can’t prove cause and effect,” Wise said.

But the link held up even after she took into account both the men’s and women’s ages, their body mass index, their frequency of intercourse, and other factors known to affect fertility.

“It is possible that poor sleep duration could contribute to an unhealthy lifestyle, decreased libido, a decrease in sex, but we tried to control for all those factors,” she said.

The finding is welcome news to Dr. Peter Schlegel, vice president of the American Society for Reproductive Medicine.

“There is very little data about how men’s sleep may affect fertility,” he said. “We know any stress can affect fertility for both women and men. This study strongly suggests that for men, aiming for the 7 to [less than] 9 hours of sleep helps to optimize their fertility and their chances of contributing to a pregnancy.”

Based on this new research, doctors counseling couples should talk about how much sleep the men are getting, Schlegel said. As for women and sleep, “we don’t know for sure,” he said.

Other research suggests that eating more fruits and vegetables yields better production of sperm than meats and fats, said Schlegel, who is chair of urology at Weill Cornell Medicine in New York City. Men who are at a healthy weight generally have better fertility, too.

One limitation of the study, Schlegel said, is that the researchers did not measure sperm counts. “But they looked at time to pregnancy,” he said, and “most would say the chance of a pregnancy occurring is probably the best measure.”

The findings were to be presented Wednesday at the American Society for Reproductive Medicine’s annual meeting, in Salt Lake City. Research presented at medical meetings is considered preliminary until it is published in a peer-reviewed medical journal.