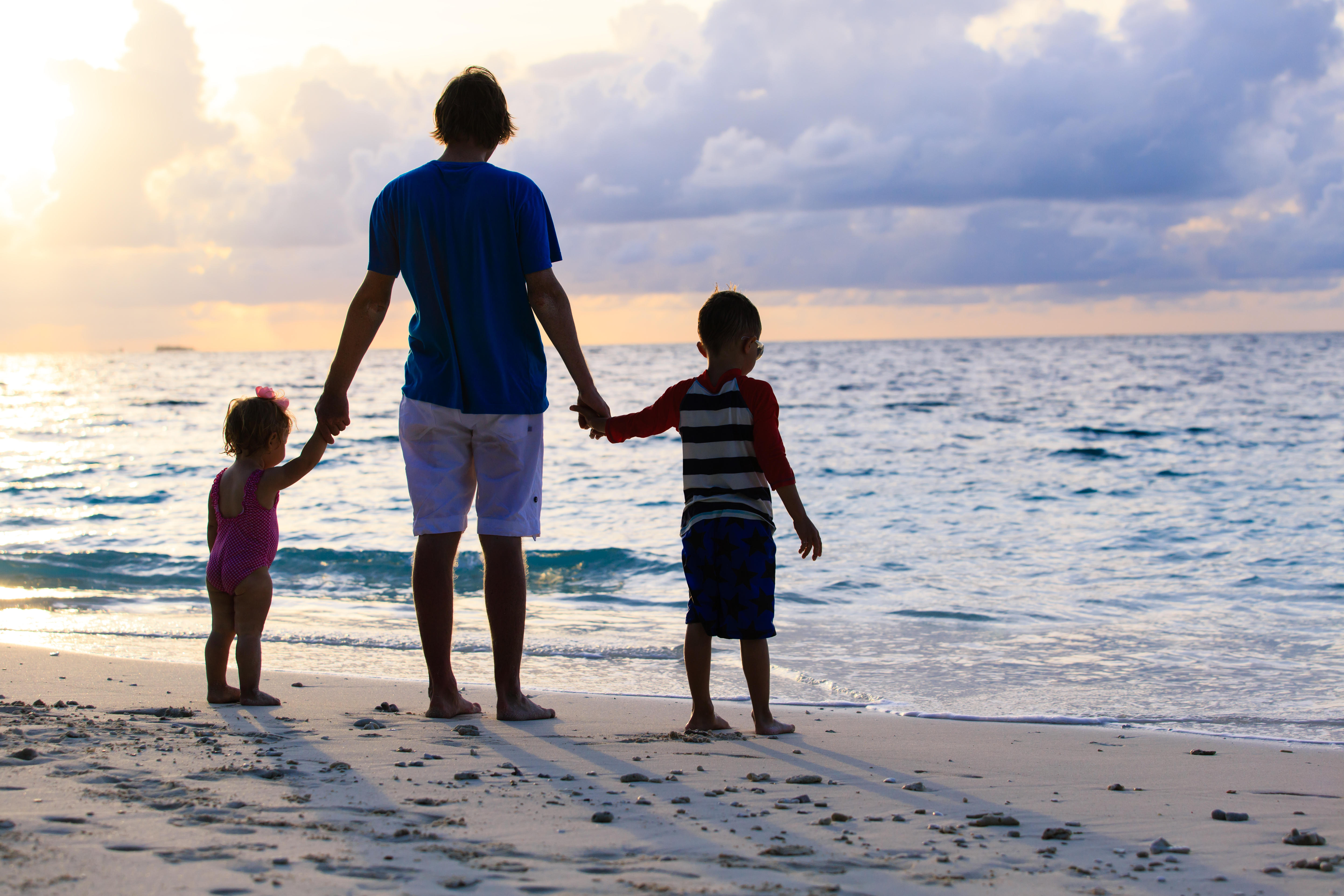 The question of whether parents treat sons and daughters differently and how that may or may not affect the children later in life has been the subject of a number of scientific studies — and endless family debates.

New research now adds to the conversation, not only shedding light on certain behavioral differences fathers show toward sons and daughters but also revealing clues to what's happening in their brains.

The study, published in the American Psychological Association's journal Behavioral Neuroscience, focused specifically on fathers' interactions with their toddlers.

"In most fields of research there's so much more research on men than on women, but this is one of the rare situations in which there's a lot more research on moms than on dads," lead researcher Jennifer Mascaro, PhD, an assistant professor in Family and Preventative Medicine at the Emory School of Medicine, told CBS News.

The findings showed that fathers of little girls tended to be more responsive to their daughters' needs than fathers with toddler sons, and they spoke more openly to daughters about emotions, including sadness.

Fathers of little boys, on the other hand, engaged in more rough-and-tumble play and used more achievement-related language, including words like "proud," "win," and "top."

For the study, Mascaro and her team analyzed data on 52 fathers of toddlers (30 girls, 22 boys) in the Atlanta area who wore a small handheld computer device onto their belts for two days. Every nine minutes, the device randomly turned on for 50 seconds and recorded sound.

The dads were also told to charge the device in their child's bedroom at night so any nighttime interactions with their kids could be recorded.

In addition, fathers underwent MRI brain scans while viewing photos of their child with happy, sad or neutral facial expressions. Participants with daughters had greater responses to their daughters' happy facial expressions in areas of the brain important for visual processing, reward, emotion regulation, and face processing than fathers of sons, the researchers found.

Conversely, the brains of dads with boys responded more robustly to their sons' neutral facial expressions.

While the authors emphasize that no definitive long-term conclusions could be made from the research, the findings mirror previous studies.

"A huge caveat is that we did not longitudinally study the toddlers whose dads were in the study so we can't tie any of these differences to outcomes," Mascaro said, "but there is a lot of research indicating that the quality and quantity of language that people use with children is important for cognitive outcomes."

For example, when taken together she says both the behavioral and brain imaging findings suggest that parents tend to respond more to the emotions of girls.

"This is consistent with studies that show that moms tend to use more emotion language and validate emotions in girls than in boys," Mascaro said.

Additionally, the findings that the fathers tended to use more language referencing the child's body with girls than with boys could be relevant to prior research that has shown pre-adolescent girls are more likely than boys to report body dissatisfaction and lower self-esteem relating to body image, the authors note.

But Alan Kazdin, PhD, a professor of psychology and child psychiatry and director of Yale Parenting Center, cautions against jumping to conclusions about cause and effect.

The study has several other limitations, including its small sample size and that it was conducted in one area of the U.S., so conclusions about fathers in other cultures with different societal norms could not be drawn.

And while the authors noted a number of factors, including parental age, number of children, ethnicity, income, and hours fathers worked per week, were similar for all dads in the study regardless of their child's gender, they did not look at other important factors such as the fathers' education level, Kazdin points out.

"The study raises interesting questions that would be wonderful to have answers to," Kazdin said. "Now, we know what the big questions are to be answered next."

Mascaro also calls for more research, saying the study could not determine if different brain responses meant fathers are somehow biologically hard-wired through genetics or evolution to treat sons differently than daughters, or if the dads were conforming to societal norms relating to gender.

Still, she said parents may want to take a minute and consider the many ways they are interacting with their sons and daughters.

"These differences are showing up really early in children that are 1 and 2 years old," she said. "The idea that we could have unintentional or maybe even in some cases intentional biases in the way we interact with our kids and how we prepare them for the world, I think that is a good realization. There's a ton of research indicating that it's really good for children to talk about their emotions and so if we're doing that less with out boys, that's a good thing to realize."