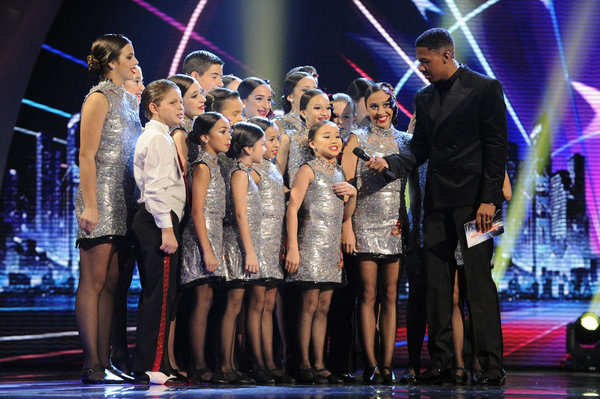 (CBS News) The results show for "America's Got Talent" was pushed back a day this week, due to the NFL kickoff game on Wednesday night.

But when the show aired Thursday, fans found out which acts from the second semifinal would be moving on to the final round of competition.

So, who advanced? (SPOILERS)

Host Nick Cannon announced that Lightwire Theater, David Girabaldi and his CMYK's, Olate Dogs and the Untouchables were the "top four" performers.

But, only three slots were open for the finals.

It was then revealed that canine act Olate Dogs and the Untouchables, a dance troupe, had secured their passage to the next round. The fate of the other two groups was in the judges' hands.

"Both are equally as artistic and creative. This should never have happened," Sharon Osbourne said. She voted for the light theater group Lightwire.

Howard Stern said both were "million-dollar acts," but cast his vote for Garibaldi and his art group.

That left Howie Mandel as the deciding vote. He said he had a "gut feeling" that Garibaldi belonged in the finals.

Tell us: Who do you think will win "America's Got Talent"?