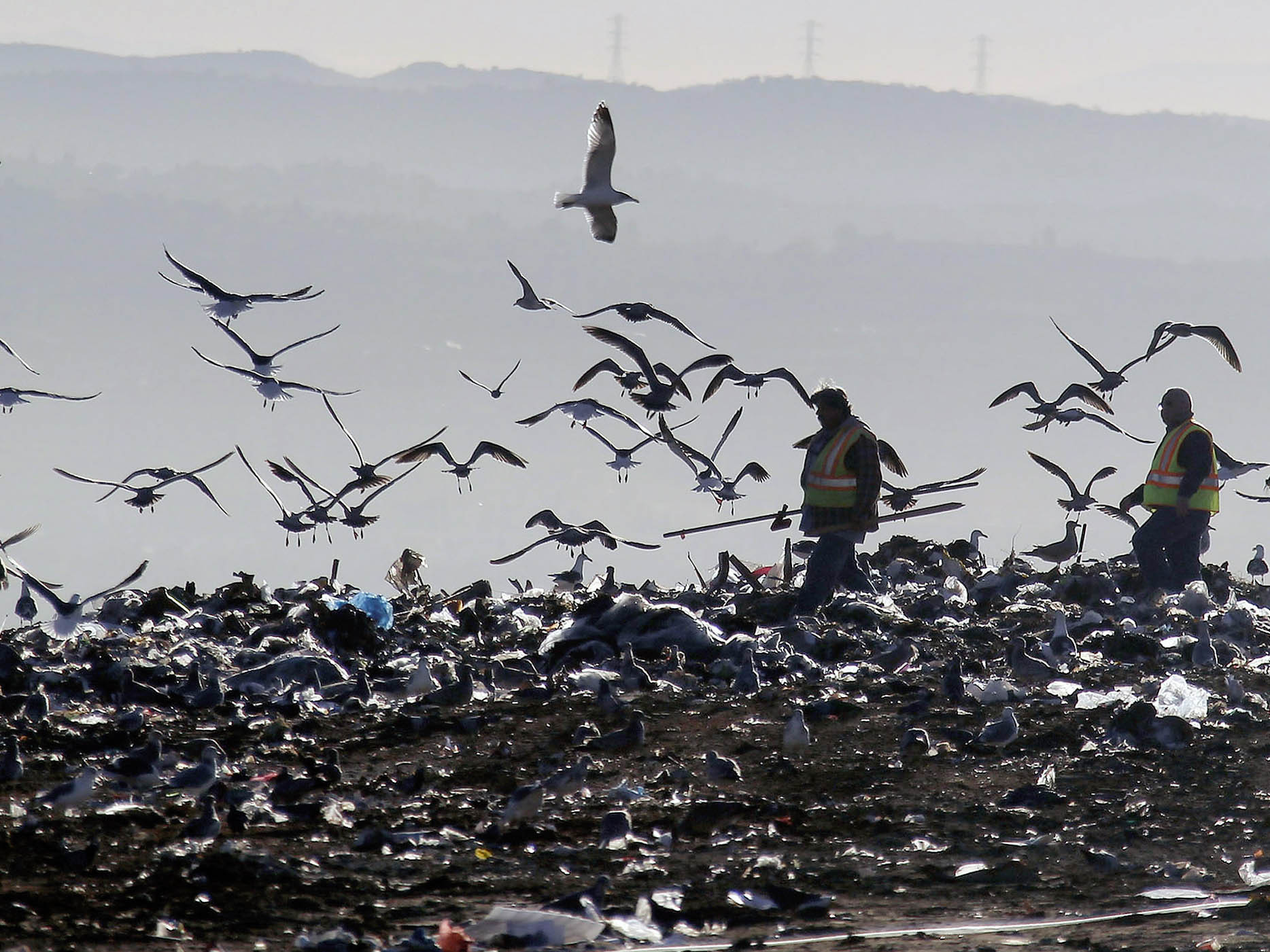 Americans are sending more than twice as much trash to landfills as the federal government has estimated, according to a new study.

It turns out that on average America tosses five pounds of trash per person per day into its landfills, according to an analysis of figures from the same study, which is based on actual landfill measurements instead of government estimates.

For years, the U.S. Environmental Protection Agency relied on estimates to determine how much trash was being sent to landfills. But in 2010, the agency required most municipal landfills to measure and report how much trash was heading into the dumps, as part of an effort to lower heat-trapping methane emissions. Researchers at Yale University looked at the records for more than 1,200 landfills and calculated amounts, predominantly based on weights.

They figured it was 289 million tons in 2012, according to a study published Monday in the journal Nature Climate Change. For the same year, EPA estimated the figure to be 135 million tons.

The Yale team calculated that in 2013, waste sent to landfills rose to 294 million tons. With 316 million people, that comes to 1,871 pounds per person in that year, the last for which there are figures.

Jon Powell at Yale's Center for Industrial Ecology said the amount is different because of the way his team calculated it: Adding up actual measurements instead of estimates based on what businesses told government indirectly. The EPA partially funded the study.

Three outside experts said they trust the Yale numbers more than the EPA's. However, Thomas Kinnaman, a Bucknell University professor who studies the economics of solid waste and recycling, added the findings don't matter much, because landfills have plenty of room to expand. Powell found that for every year's worth of trash filled on average in the United States, landfills add 2.7 years' worth of capacity.

If Powell's data is correct, Americans aren't recycling as much as authorities thought. EPA estimated that Americans recycled 34.5 percent of their waste in 2012, but if the amount of trash matches Powell calculation, the recycling rate would be 21.4 percent. But the data may not match up well, Powell cautioned.

The decomposition of municipal waste in landfills is considered one of the largest sources of human-produced methane emissions in the world, accounting for approximately 18% of domestic emissions. Tighter standards on landfills introduced by the EPA in August to reduce emissions of methane and other harmful air pollutants aim to reduce methane from decomposing household waste by about 480,000 tons a year by 2025.

Americans don't seem to generate more trash than other cultures, Bucknell's Kinnaman said. And not all of the waste is from homes. Powell said a sampling, which may not be representative nationally, showed that 12.8 percent of the material that flowed into the landfill was construction and demolition debris.