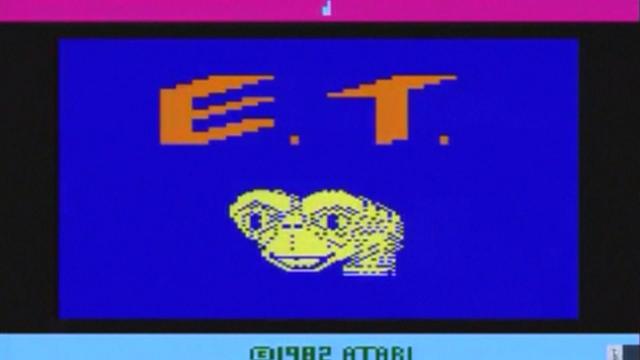 It helps to know your way around a landfill.

Joe Lewandowski used his expertise in the solid waste industry to dig up a treasure trove of Atari games from a New Mexico landfill earlier this year. They were recently sold on eBay and netted more than $37,000.

"It seemed like every seven to 10 minutes it went up a thousand dollars, a thousand dollars, so it was just instantaneously 24, 25, 26 [thousand]. It just kept on going way beyond anything we expected," Lewandowski, the vice president of the Tularosa Basin Historical Society in New Mexico, told Emily Younger from CBS station KRQE in Albuquerque.

Reports that truckloads of the game were buried in the landfill have been urban legend since the early 1980s. City documents show that Atari consoles and more than 1,300 games were found, including "Centipedes," "Warlords," "Asteroids" and 1982's "E.T. The Extra-Terrestrial," which is considered on of the worst game ever made and was seen as a factor in Atari's demise.

Of the 100 Atari games auctioned, "E.T." drew the highest bid: $1,537, according to The Associated Press. Still in its original box, the game went to a buyer in Canada.

People from as far away as Germany, Ecuador and Sweden also got a piece of the legendary find. But interest has gone well beyond the sale.

Last week, a museum in Rome unveiled the very first Atari dig exhibit. On display are games unearthed from the landfill, a certificate of authenticity and even dirt from the New Mexico dumping ground.

The City of Alamogordo still has about 700 of the Atari dig games left. It plans on auctioning them off on eBay in the next few weeks. All of the money goes to the city and the Tularosa Basin Historical Society. A documentary highlighting the Atari dig will come out November 20.