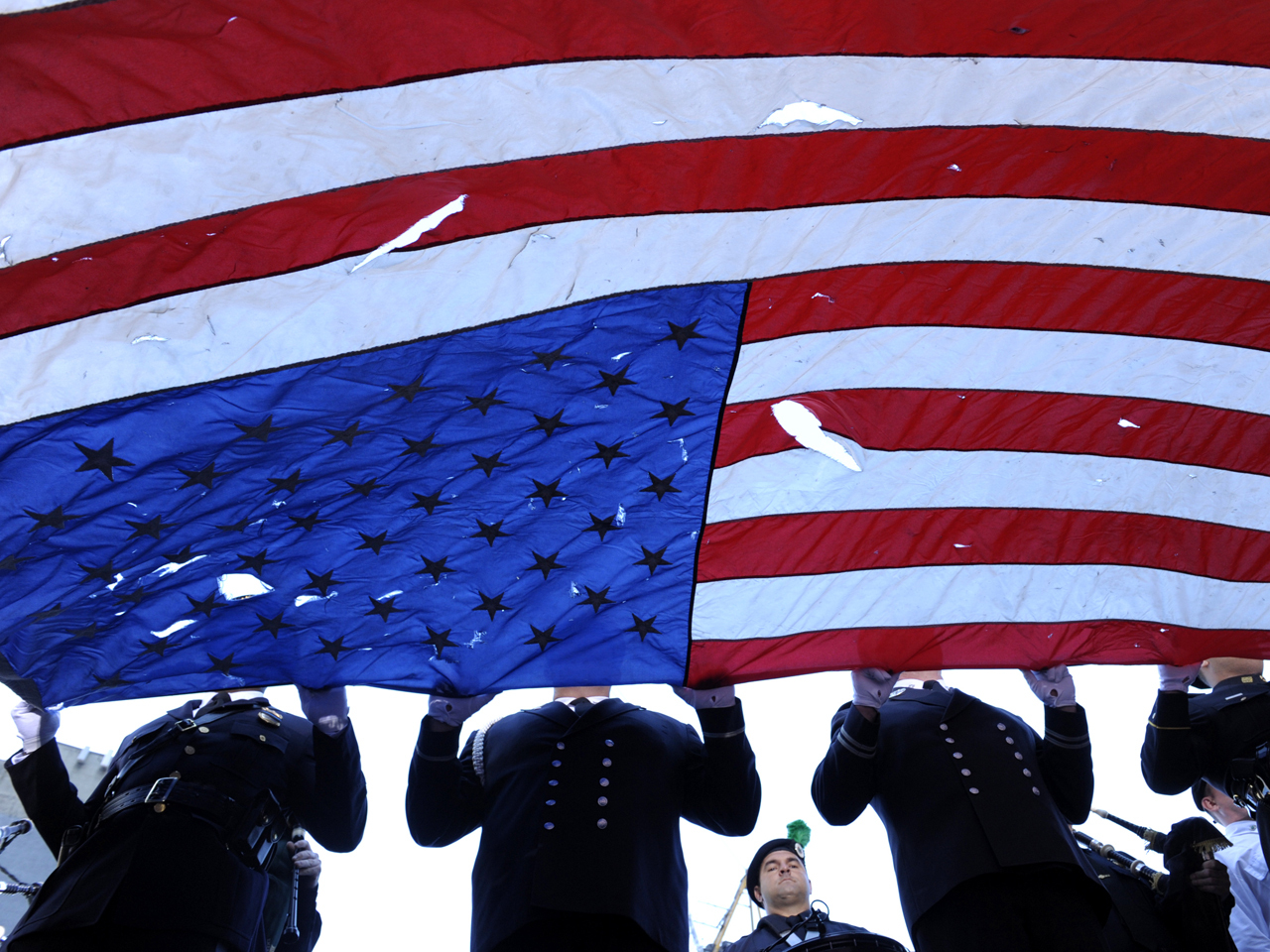 Americans are no longer more optimistic than pessimistic about the future of the United States, according to a CBS News/New York Times poll released Thursday.

That change comes as President Obama is set to deliver a major address to Congress on his vision for lowering the nation's 9.1 percent unemployment rate.

The poll also asked a series of questions related to the 10-year anniversary of the attacks of September 11, 2001.

More than four out of five Americans say the United States has fundamentally changed since the attacks of September 11, 2001, with about one in four saying Americans are more cautious now, according to the poll.

There are partisan differences in split. 58 percent of Democrats are optimistic but majorities of both Republicans and independents are pessimistic. Back in 2009, more than half of independents were hopeful about the country's future.

The 9/11 attacks are still on the minds of many Americans and New Yorkers. 27 percent of the public thinks about it at least every week, as do 31 percent of New Yorkers.

Among close friends and family members of those killed that day, a majority says their lives returned mostly to normal within five years, but just three in ten have completely recovered emotionally from the attacks; 57% say they have recovered partially.

One in four Americans think the first responders who worked at the World Trade Center immediately after the attacks have not been treated fairly since the attacks; that rises to 58 percent among New Yorkers.

While most New Yorkers don't see a lot of progress at the Ground Zero site, three in four approve of what they have seen of the memorial there.

The national poll was conducted among a nationwide random sample of 1,165 adults, interviewed by telephone August 19-23, 2011. The error due to sampling could be plus or minus three percentage points for results based on the complete sample. The error for subgroups is higher.

The New York City poll was conducted among a citywide random sample of 1,027 adults, interviewed by telephone August 9-15, 2011. The error due to sampling could be plus or minus three percentage points for results based on the complete sample. The error for subgroups is higher.

The friends and family poll was conducted among a nationwide sample of 246 adults who say a close friend or family member was killed on 9/11, interviewed by telephone August 11-23, 2011. 854 respondents fitting this description were identified in previous CBS News and CBS News/New York Times Polls conducted since late 2010 and were called back for this survey. The results for the 246 adults responding to the callback were weighted to demographic targets based on all of the 854 who were called. The error due to sampling for results based on the entire sample could be plus or minus six percentage points. The error for subgroups is higher.

All three samples included standard land-lines and cell phones. These poll releases conform to the Standards of Disclosure of the National Council on Public Polls.