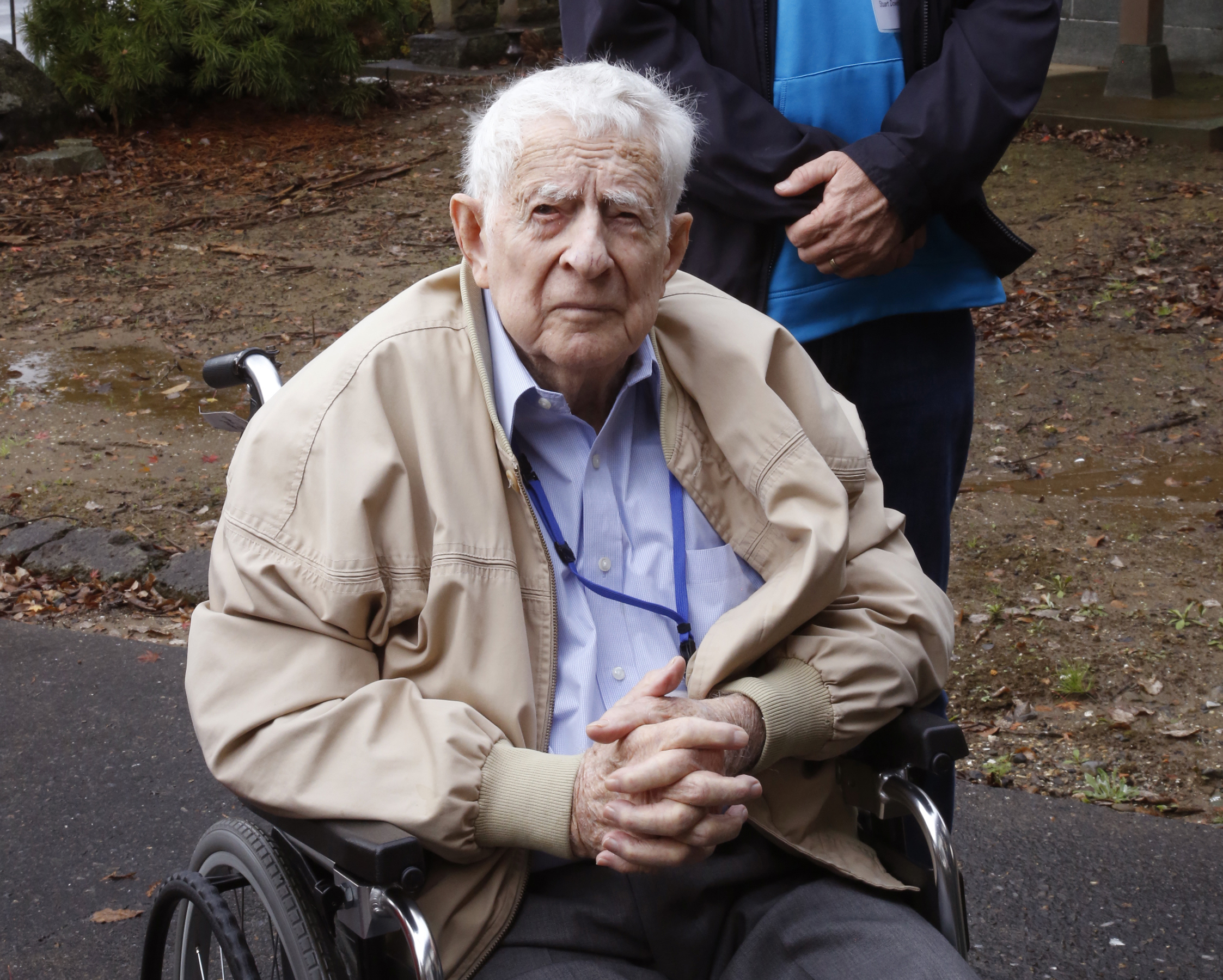 INZAI, Japan -- Scott Downing, 96, was back in the Japanese farmland where he was taken prisoner of war 70 years ago, shaking hands with the people of the tiny town where his plane crashed near the end of World War II.

"It's great," he said Friday about being back. "There is nothing to forgive."

Three of the 11-member crew were killed that night of May 25, 1945, when their B-29 was shot down, crashing into bamboo groves as they were flying back from a bombing raid on Tokyo.

Downing, of Amarillo, Texas, was among eight who parachuted to safety, only to be taken prisoner, beaten, half-starved and interrogated by Japan's Imperialist military during the closing months of the war.

In an emotional moment, Downing was given a hero's welcome by Inzai, a town 25 miles northeast of Tokyo, which had given the U.S. airmen proper burials at a temple and mourned their deaths, defying the stereotypes about wartime animosity.

After the war, the Americans' bodies were transferred to Arlington National Cemetery in Virginia, and Punchbowl Cemetery in Hawaii.

Downing acknowledged he had suffered, including being imprisoned in horse stables, but noted the Japanese people had also suffered. Frail and seated in a wheelchair, he listened to monks chant a prayer for the Americans, his hands clasped in a silent prayer in front of the temple.

Inzai Mayor Masanao Itakura, 69, received Downing and another visiting veteran, Donald Ryan, in his office. By coincidence, Itakura had located the Japanese pilot who shot Downing's B-29 down, Tomokichi Yamada, and a video interview of Yamada, which Itakura helped conduct 13 years ago, was played for Downing.

Yamada has since died. But others were there to meet Downing, including the son of a Japanese farmer killed by the blast when the B-29 crashed, as well as the son of the Japanese who had first captured Downing.

"Thanks," said Downing. "You are my friend."

His son Stuart, accompanying Downing, said their trip was in the spirit of peace.

"You may never forget, but we certainly forgive," Stuart Downing, his voice choked with emotion, told a crowd who had gathered to welcome his father at a community hall. "He has forgiven a long time ago, and I hope that's the case for everyone."

Isao Arai, who has been researching the history of the pilots, said he bore no grudges.