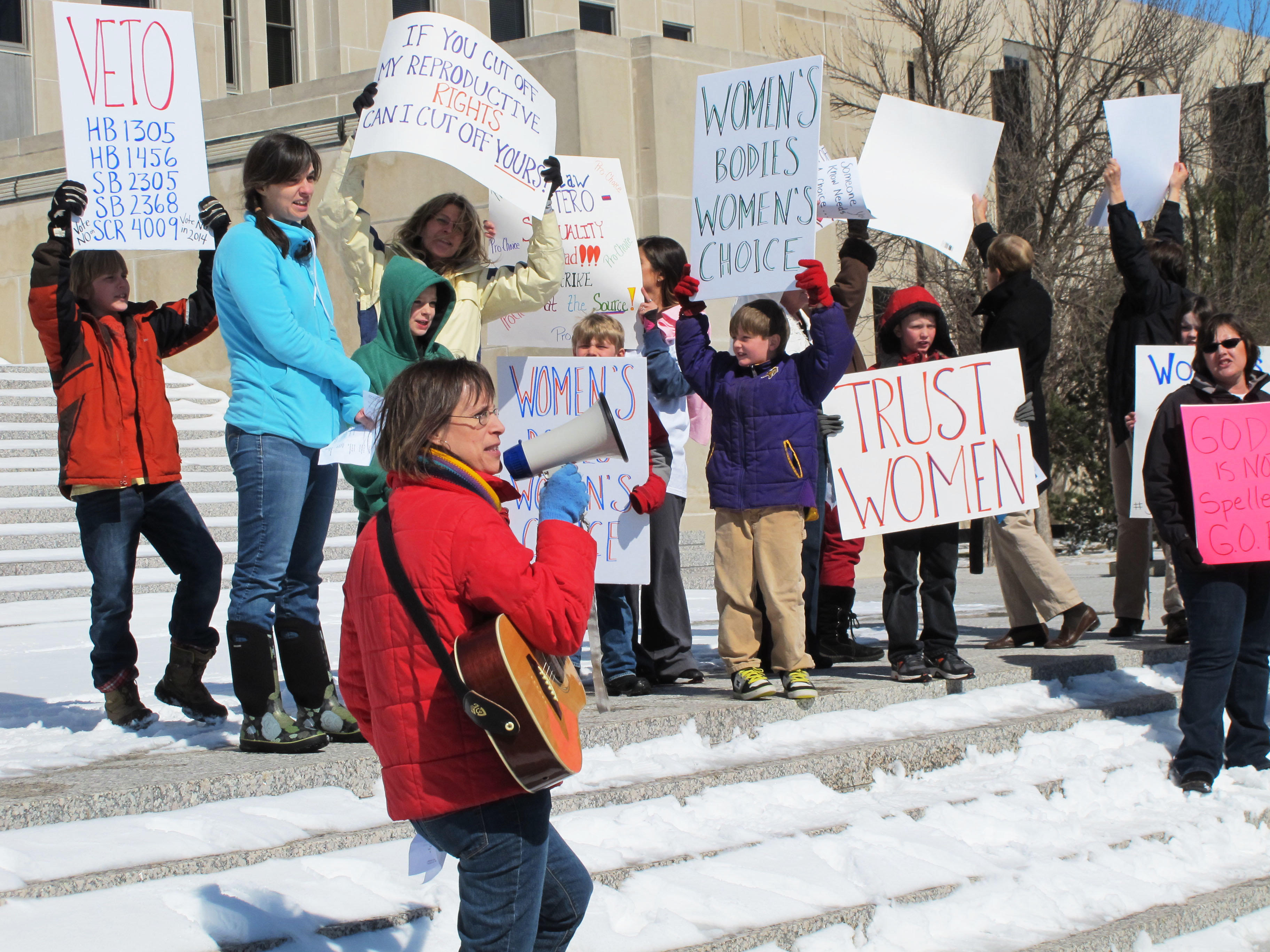 The American Medical Association (AMA), which often shies away from weighing in on overtly political matters, is suing the state of North Dakota over medical practices, which the AMA says directly "contradict reality and science."

In its lawsuit filed last week, the AMA is challenging the constitutionality of two laws in particular that direct doctors and medical care teams to provide patients with "false, misleading, and non-medical" information about reproductive health. The AMA, in a joint filing with the Center for Reproductive Rights (CRR), argues that the laws violate the First Amendment rights of physicians by forcing them to convey false information and non-medical statements with which they disagree.

"The patient-physician relationship is the cornerstone of health care, and depends upon honest, open conversations about all of a patient's health care options," said AMA President Patrice A. Harris in a statement.

Harris added, "The AMA will always defend science and open conversations about all health care options available to patients."

The state laws represent some of the most restrictive abortion laws in the country. One law, H.B. 1336,  which is to take effect Aug. 1, compels doctors to tell their patients that medication-induced abortions can be reversed. Under this law, doctors must also give patients government-scripted information on where to find a medical professional who will provide an experimental and unethical treatment to "reverse" an abortion.

The measure targets drug-induced abortions that require two drugs to be taken separately to complete the abortion. Abortion providers are supposed to tell women undergoing this kind of procedure that they might be able to stop the abortion if they've only taken the first drug.

The AMA said that medical advice was "patently false."

"Indeed, once an abortion has occurred, whether by medication abortion or by any other means, a woman is no longer pregnant, which cannot be reversed," the complaint reads.

The AMA is also challenging an existing North Dakota law that forces physicians to tell patients that abortion terminates "the life of a whole, separate, unique, living human being." The medical group argues that the law requires physicians to impart "ideological, government-mandated messages that are false or misleading" to their patients.

"[The law] forces physicians to endorse a controversial and ideological government message which misleads patients, which is unmoored from the scientific facts relevant to the patient's need to consent to abortion, and which shames and stigmatizes the patients' decision to seek an abortion," the complaint reads.

"Not only does this message threaten emotional harm to patients, but it also exposes patients to unknown side effects from an unverified medical procedure," it added.

Other restrictions on abortion in North Dakota:

The lawsuit comes as numerous states have enacted "abortion ban" laws, effectively outlawing access to abortions, as some states pursue renewed efforts to overturn Roe v. Wade, the 1973 Supreme Court ruling that protects a woman's legal right to an abortion.

The lawsuit argues that just last term, the U.S. Supreme Court held in National Institute of Family & Life Advocates v. Xavier Becerra that the government cannot regulate the speech of medical professionals to advance controversial ideas or to discriminate based on the content and/or viewpoint of the speaker.

A spokesperson in Attorney General Becerra's office told CBS that patient-physician relationships are "critical partnerships that rely on truthful, unbiased conversation." The spokesperson added that laws or rules that interfere with this are not only illegal and violate medical ethical duties, but "risk unscientific information going out the door at the expense of a person's health."

"Lawmakers are forcing falsehoods and propaganda into the mouths of physicians against their will, effectively forcing them to violate their ethical obligation to do no harm," said Nancy Northup, CRR president and CEO. "The First Amendment prohibits the government from hijacking the doctor-patient relationship to advance a political agenda."

Currently, North Dakota has only one operating abortion clinic left. The AMA and CRR are hoping the courts will block H.B. 1336 before it takes affect this summer and strike down any existing laws that jeopardize the practice of reproductive health and physicians' ability to provide medical advice without violating their medical ethics.