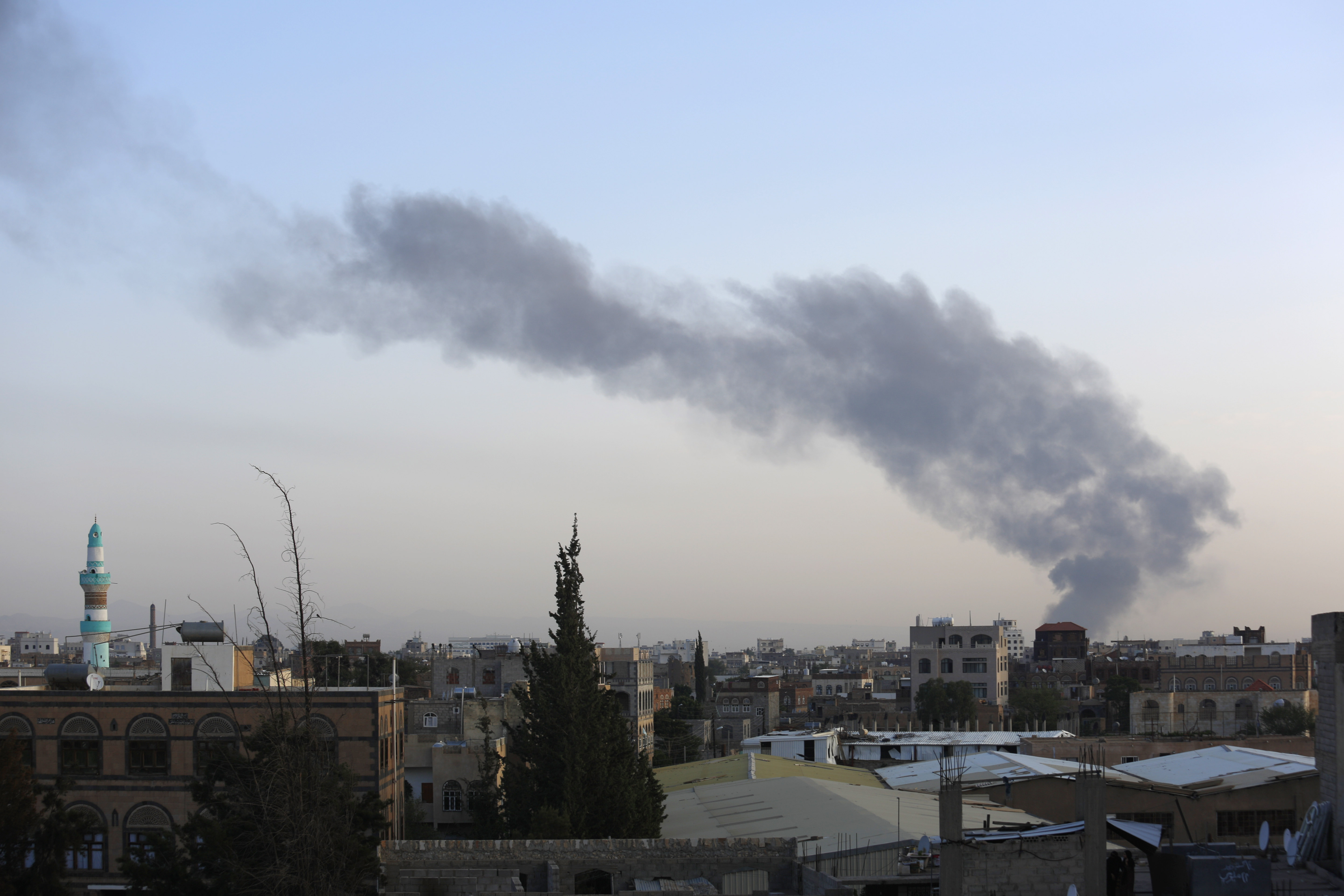 WASHINGTON - The State Department says an American contractor who had been detained in Yemen is dead.

John Hamen was detained after arriving in the conflict-ravaged Arab country on a U.N. aircraft last month.

He was working for a company that manages U.N. facilities in the capital, Sanaa, which is controlled by Shiite Houthi rebels.

State Department spokesman William Cocks said Tuesday that Hamen died, but he provided no cause of death.

Hamen's wife appeared to post to his Facebook page confirming his death. In it Jen Hamen says she has not talked about him being detained "due to this being a privacy concern with officials in the government when it happened." She said his body was being flown to Dover Air Force Base, but also did not provide a cause of death.

"I am sorry that I was not able to call many of his friends, but his phone and laptop were with him when he was detained and I do not have any of his contacts other than FB," she wrote. "Our family is heartbroken right now, I have lost the love of my life, my best friend, and my 7 kids have lost the best dad ever!"

The Arab world's poorest country has been embroiled in fighting between the Shiite Houthi rebels allied with army units loyal to former President Ali Abdullah Saleh and the internationally recognized government backed by the Saudi-led coalition.

Extremist groups, including al Qaeda's franchise in Yemen, al Qaeda in the Arabian Peninsula (AQAP), and ISIS have exploited the subsequent chaos.