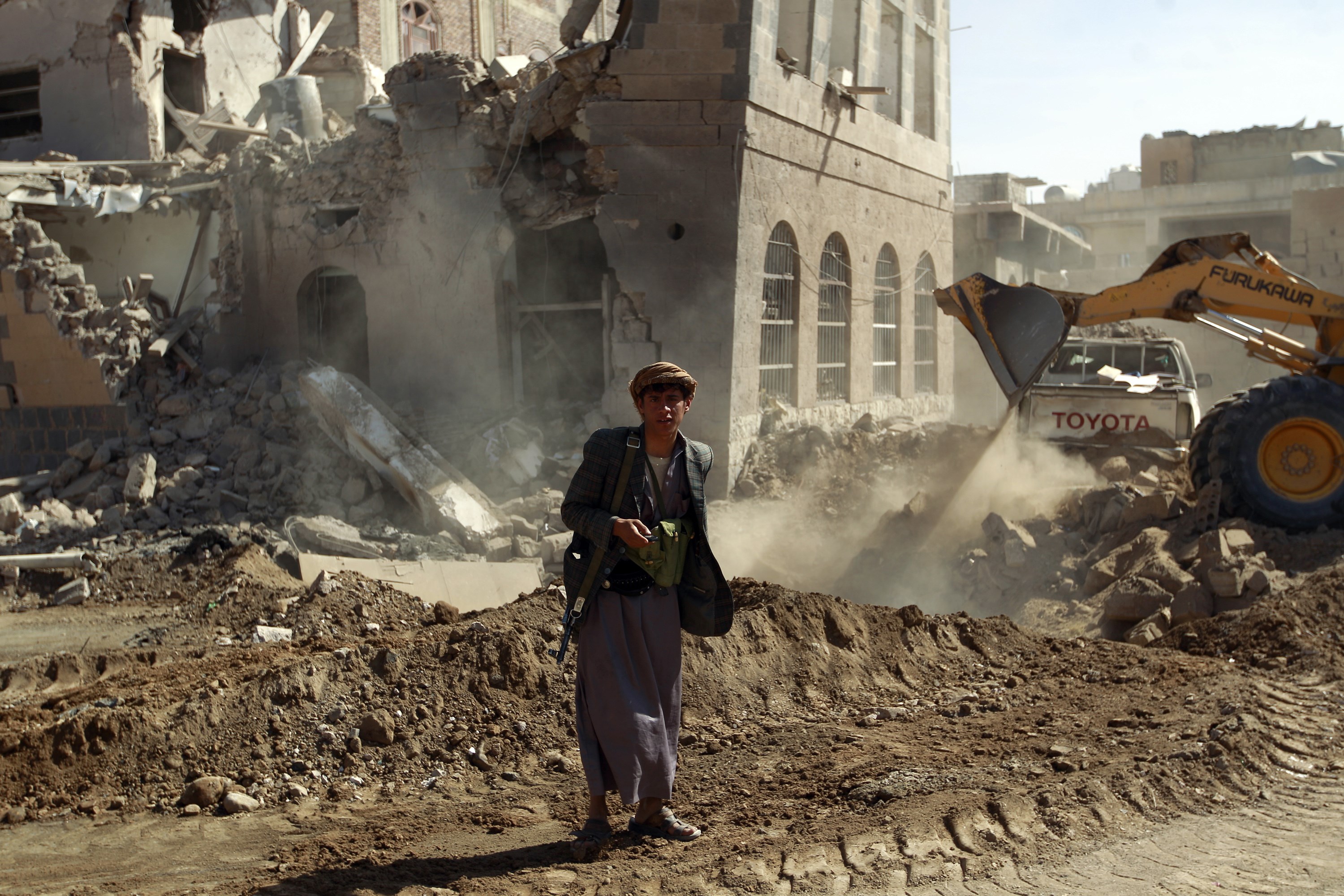 UNITED NATIONS -- United Nations officials say two American contractors have been detained at the airport in Yemen's capital, Sanaa, which is controlled by Shiite Houthi rebels.

The officials spoke on condition of anonymity Monday because they were not authorized to speak publicly.

U.N. spokesman Stephane Dujarric wouldn't confirm the contractors' nationality but said they arrived on a U.N. aircraft from Djibouti on Oct. 20 and were detained by "the authorities at the airport in Sanaa."

He said the two "are not U.N. contractors" but work for the company that manages the facilities that the U.N. is using in Sanaa.

The U.N. offices are at the U.S. embassy, the officials said.

U.S. State Department spokeswoman Elizabeth Trudeau said: "We're aware of those reports. Due to privacy considerations, I'm not going to comment on them."

The Arab world's poorest country has been embroiled in fighting between the Shiite Houthi rebels allied with army units loyal to former President Ali Abdullah Saleh and the internationally recognized government backed by the Saudi-led coalition.

Extremist groups, including al Qaeda's franchise in Yemen, al Qaeda in the Arabian Peninsula (AQAP), and ISIS have exploited the subsequent chaos.