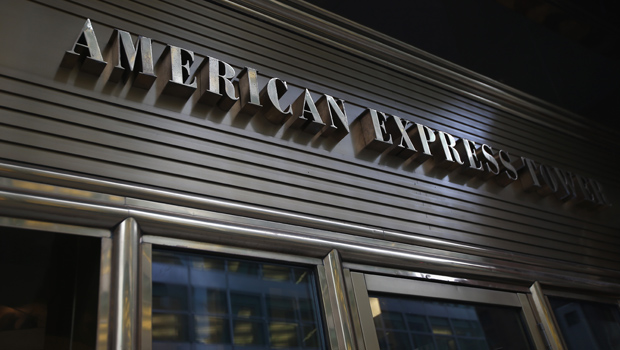 Federal financial regulators are ordering American Express (AXP) to refund a total of $59.5 million to hundreds of thousands of credit card customers and to pay $16.2 million in penalties to settle claims of dodgy business practices.

The Consumer Financial Protection Bureau said Tuesday that between 2000 and 2012 American Express and its vendors were "misleading and deceptive" in selling add-on account services. These included a so-called Account Protector feature that enabled users to cancel 2.5 percent of their outstanding balance, up to $500, in case of certain financial hardships, such as unemployment.

American Express also billed consumers for identity protection services that they didn't receive and failed to properly explain to Spanish-speaking customers in Puerto Rico how to obtain all the benefits they were entitled to under the company's "lost wallet service." The refund affects 335,000 customers of the credit card issuer.

“We first warned companies last year about using deceptive marketing to sell credit card add-on products, and everyone should be on notice of this issue,” said CFPB Director Richard Cordray in a statement. "Consumers deserve to be treated fairly and should not pay for services they do not receive."

American Express, the largest credit card issuer by customer purchases, didn't admit any wrongdoing as part of the settlement. The company said in a statement that the billing practices in question were discontinued more than a year ago and that it has already paid most of the restitution. American Express continues to cooperate with the CFPB and Federal Deposit Insurance Corporation and the Office of Comptroller of the Currency, which were also involved in the case.

The company said it is conducting internal reviews to ensure "that its products and practices meet a high standard of quality."

The enforcement action case caps a busy period for the CFPB. Ocwen Financial, the largest nonbank mortgage loan servicer, agreed last week to slash $2 billion in principal from the mortgages of homeowners who owe more on their houses than they are worth to settle claims made by the CFPB and officials in 49 states and the District of Columbia. The company has also agreed to provide $125 million to nearly 185,000 foreclosed-upon borrowers.

Ally Financial also agreed on Dec. 20 to pay $98 million to more than 235,000 minority borrowers who were victims of discriminatory auto-lending practices. Meanwhile, PNC Bank this week agreed to pay $35 million to settle claims by the CFPB and the U.S. Department of Justice that the former National City Bank, which it acquired in 2008, illegally charged African-American and Hispanic mortgage borrowers higher prices based on their race and national origin.

The CFPB has been controversial since it was created under the 2010 Dodd-Frank financial reform law.  President Obama first installed Cordray to head the bureau by recess appointment because his nomination was blocked by Republicans in the Senate. A deal on his nomination was struck in July between Senate Majority Leader Harry Reid, D.-Nov., and Republicans.