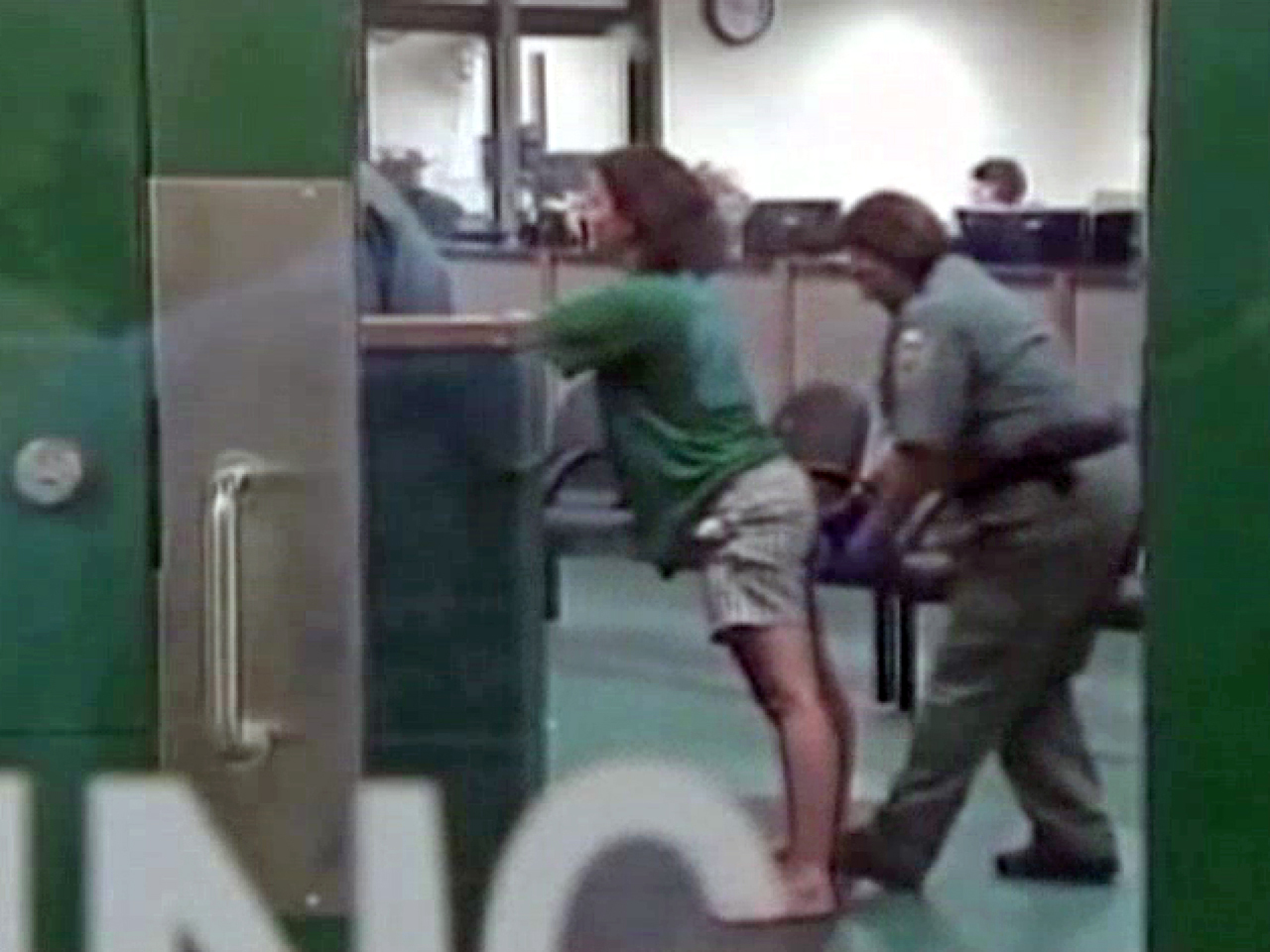 HAVANA A Florida couple accused of kidnapping their two young sons and fleeing by boat to Havana were handed over to the United States and booked into a Florida jail, officials said Wednesday.

Joshua Michael Hakken and his wife, Sharyn, were being held at the jail early Wednesday on a number of charges including kidnapping, child neglect and interference with custody, according to a website for the Hillsborough County Sheriff's Office.

In a late night news conference Tuesday, Hillsborough County Sheriff David Gee said the children would be returned to their grandparents.

Earlier Tuesday, Cuban Foreign Ministry official Johana Tablada said in a statement that Havana had informed U.S. authorities of the country's decision to turn over the couple and their children.

U.S. diplomats in Havana said in a statement early Wednesday that the two children had left Cuba and "are safely on their way home."

"We would like to express our appreciation to the Cuban authorities for their extensive cooperation to resolve this dangerous situation quickly," said the statement released by the U.S. Interests Section in Havana.

Tablada did not say when the handover would occur, but reporters saw Sharyn Hakken leaving the dock of the Hemingway Marina in the back seat of a Cuban government vehicle and workers later said that all four Hakkens had been taken away.

An AP reporter spotted the family earlier Tuesday beside their boat at the marina. A man who resembled photographs of Joshua Michael Hakken yelled out "Stop! Stay back!" as the reporter approached, but there was no outward sign of tension or distress between the family members.

Tablada said Cuba tipped the State Department off to the Hakkens' presence on Sunday and that from that moment "diplomatic contact has been exchanged and a professional and constant communication has been maintained."

The U.S. and Cuba share no extradition agreement and the island nation is also not a signatory of the Hague Convention on the Civil Aspects of International Child Abduction, an international treaty for governmental cooperation on such cases.

Cuba has harbored U.S. fugitives in the past, though most of those cases date back to the 1960s and '70s, when the island became a refuge for members of the Black Panthers and other militant groups. More recently, dozens of Cuban Medicare fraud fugitives in the U.S. have tried to escape prosecution by returning to the island.

But Cuba has also cooperated with U.S. authorities in returning several criminal fugitives in recent years, including Leonard B. Auerbach in 2008. Auerbach was wanted in California on federal charges of sexually abusing a Costa Rican girl and possessing child pornography. He was deported.

In 2011, U.S. marshals flew to Cuba and took custody of two American suspects wanted in a New Jersey murder.

Hakken lost custody of his sons last year after a drug possession arrest in Louisiana and later tried to take the children from a foster home at gunpoint, authorities said. A warrant has been issued for his arrest on two counts of kidnapping; interference with child custody; child neglect; false imprisonment and other charges.

"My team and I working very hard to ensure safety for two Amcit kids," Conrad Tribble, the No. 2 U.S. diplomat on the island, said via Twitter later Tuesday, using a shorthand for "American citizens."

According to the Hillsborough County Sheriff's Office, Hakken entered his mother-in-law's Florida house last Wednesday, tied her up and fled with his sons. Federal, state and local authorities searched by air and sea for a boat Hakken had recently bought. The truck Hakken, his wife and the boys had been traveling in was found Thursday, abandoned in Madeira Beach, Florida.

"He'll have to face in Hillsborough county the charges he has with the sheriff's office," spokeswoman Cristal Bermudez Nunez said.

The family's flight to Cuba harkened back to the 1999 child custody case involving Elian Gonzalez, though unlike Gonzalez, the Hakkens had no apparent ties to the island.

In 1999, 5-year-old Gonzalez was found clinging to an inner tube off Florida after his mother and others drowned while fleeing Cuba toward American soil. The boy was taken to Miami to live with relatives, but his father in Cuba demanded the boy be sent back.

U.S. courts ultimately ruled Gonzalez should be sent back, though his Miami relatives refused to return him. In April 2000, U.S. federal agents raided the family's home and he was returned to Cuba soon after. He has since grown into a young man and joined a military academy.

At the Havana marina on Tuesday, the family showed no sign they knew a decision about their fate had been made. The four strolled by an outdoor restaurant as security officials kept reporters at a distance. The youngest child was seated in a stroller and the elder boy sat down on a curb.