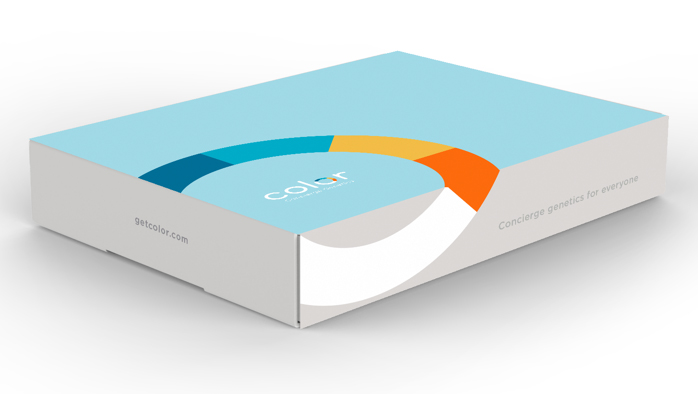 A Silicon Valley-based start-up called Color Genomics is offering an at-home DNA saliva test to detect gene mutations linked to breast and ovarian cancer. Priced at just $249, the home test will offer a much cheaper alternative to genetic testing at a doctor's office, which can cost as much as $4,000.

The company hopes it will increase access to genetic testing for mutations in BRCA1 and BRCA2 genes, which are tied to an increased risk of breast and ovarian cancer, as well as 17 other genes that may play a role in cancer development.

"We've tried to democratize access to this type of genetic information around breast and ovarian cancer risk and we wanted to do it in a responsible way," said company co-founder Elad Gil.

The issue has garnered much attention in recent years, most notably when Angelina Jolie publicly spoke about her decision to have her breasts and later ovaries and fallopian tubes removed in an attempt to reduce her risk of cancer after she tested positive for BRCA1.

A woman with the BRCA1 mutation has up to a 65 percent chance of developing breast cancer by the age of 70, reports CBS News chief medical correspondent Dr. Jon LaPook. About 3 percent of breast cancer cases per year, amounting to about 6,000 women, and 10 percent of ovarian cancers, affecting 2,000 women, result from inherited mutations in the BRCA1 and BRCA2 genes.

If a woman tests positive for the BRCA1 or BRCA2 mutations, she may choose to undergo a preventive mastectomy and oophorectomy, or removal of the breasts and ovaries, to reduce her risk of developing these cancers. Other less drastic options include more frequent screening, taking prescription medications like tamoxifen to lower cancer risk, and lifestyle modifications such as diet and exercise. However, testing positive for one of the mutations does not mean that a woman will definitely develop cancer, which makes decisions regarding preventive measures difficult to make.

Dr. Jennifer Litton, an oncologist at MD Anderson Cancer Center, told CBS News that proper counseling is essential to help women understand the results. "I would be concerned if people misinterpret a negative result as being no risk, especially if they come from a family that has a lot of different cancers or young onset of cancer," she said.

Until now, genetic testing for BRCA1 and BRCA2 has mostly been limited to women who already have cancer or those with a family history of the disease. The tests can range from $1,500 to $4,000, making it difficult for the uninsured to be tested.

Quest Diagnostics Inc. and Myriad Genetics Inc. are two of the major distributors of these tests. In 2013, Myriad Genetics lost a Supreme Court case related to its patents on the genes, opening up competition for other companies to offer the same kind of testing at a reduced cost.

To use Color Genomics, a woman can order the testing kit through the company's website and receive it at home. After taking a saliva swab, she sends it back to the company for analysis. After results are reviewed by a physician, an email is sent informing the patient of the results. The company offers genetic counseling at no extra cost. The test is not covered by health insurance.

The process is somewhat similar to that pioneered by another genetic testing start-up called 23andMe, which also allows people to order tests online. However, 23andMe had its health testing shut down by the Food and Drug Administration in 2013, and now offers testing geared primarily towards tracing a person's ancestry.

Unlike 23andMe, Color Genomics has a doctor involved in every order, either the woman's physician or a physician provided by the company. An FDA spokeswoman told The New York Times that if doctors place orders, testing companies that operate their own laboratories do not need FDA approval to offer testing.

Experts anticipate that the new, low-cost testing option will result in both more women getting tested who need it and otherwise couldn't have afforded it, as well as more women getting tested who may not need it. "This is just one step in the journey, and that journey has a long way to go," Len Lichtenfeld, MD, deputy chief medical officer for the American Cancer Society, told CBS News. "Many questions will arise the more people are tested and the more genetic mutations we see, and unfortunately we don't have all of the answers."

For Dr. Lichtenfeld, right now the key is to educate women about the benefits and risks before, during, and after genetic testing.

Also on Tuesday, Quest Diagnostics Inc. and French public health institute Inserm together launched a genetic data share program to provide scientists around the world with access to BRCA1 and BRCA2 genetic data. The goal of the program, called BRCA Share, is to improve the ability of diagnostic labs to predict which individuals are at risk for hereditary breast and ovarian cancer. Other companies and laboratories are being encouraged to join the effort.