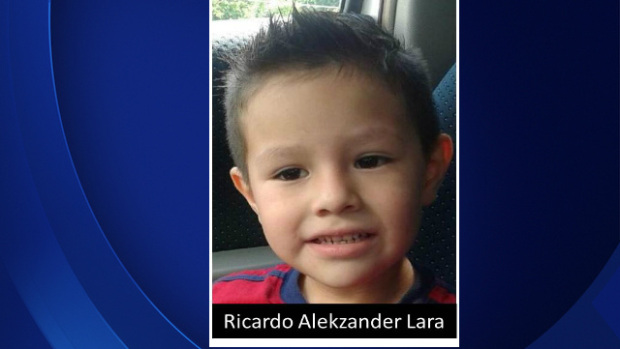 DENTON, Texas -- An Amber alert was issued for a four-year-old boy on Saturday after his mother was found dead at her job at a Dallas-area insurance agency, reported CBS Dallas-Fort Worth.

Richard Alekzander Lara was reported missing Saturday night after his mother, Maria Isabel Romero Medina, was found dead at Sanchez Insurance and Tax in Denton earlier that evening. Police say that they have not been able to reach the boy's father, Ricardo Martinez, who is reportedly a person of interest.

Police told reporters that they were concerned for the child's welfare, because Martinez, 23, was reportedly angry at Medina.

"We do know there's been some custody issues with the child, as far as any violence between the father and the mother, we're not aware of that," a Denton police officer told the station.

Police say Medina, 27, was last seen Friday morning and a family member received a text message from her phone at 4:30 p.m. later that day.

She was found after a customer tried to enter the building, but found that the door was locked during business hours. Another employee opened the door and found her body inside.

Police are not releasing any details on how the victim died, according to CBS DFW.

The child is reportedly being described as a Latino male, 55 lbs and 3 foot tall, with brown hair and brown eyes.