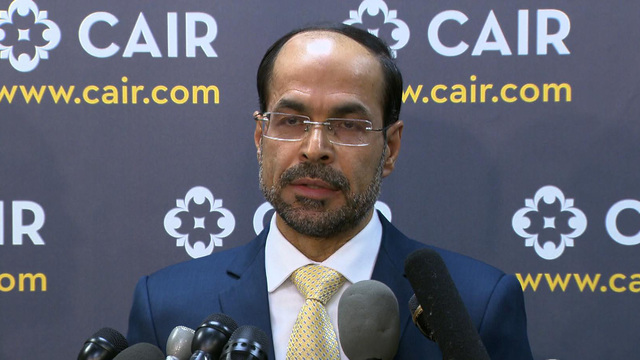 Amazon removed home goods -- including doormats and bath mats -- featuring verses from the Quran from its website last week after advocates for Muslim civil rights said the items with references to Islam's holy text were offensive.

Amazon's move came after the Council on American Islamic Relations (CAIR) issued a statement saying it took issue with the products, which it expected "would be stepped on or otherwise disrespected by customers."

The online retailer subsequently removed the products, offered by a third-party seller, from its site.

"Amazon was not the problem. I'm sure Amazon was not aware of these things. They sell a lot of products and once we brought it to their attention, they were quite good about it," said CAIR's communications director, Ibrahim Hooper. "They have taken down the products that we have been able to identify," he added.

CAIR issued a statement Friday in appreciation of Amazon's action. "The Council on American Islamic Relations (CAIR), the nation's largest Muslim civil rights and advocacy organization, today welcomed online retailer Amazon's removal of a number of doormats, bath mats and other items, imprinted with Islamic calligraphy, references to the Prophet Muhammad and verses from the Quran, Islam's holy text," it read in part.

Hooper doesn't believe that Emvency, the China-based manufacturer of the items, intended to offend with its products: "What you have is a company that has a product, and they find hundreds of images and put these images on their products hoping they will sell it, without really thinking about it," he said.

Hooper said no religious imagery or text should adorn lavatories. "It's just not appropriate on the floor of a bathroom or on a toilet seat," he said.

The controversial items were found to be in violation of Amazon's retail policy, the company said in a statement to CBS MoneyWatch. Amazon is sweeping the site for similarly offensive items, CAIR said.

CAIR in the past has urged retailers to halt sales of items it says are offensive, including a Nike shoe with a logo that bore resemblance to "Allah," the Arabic word meaning God.

CAIR National Executive Director Nihad Awad said he hopes Amazon's move "sends a message to manufacturers of such inappropriate and offensive items that they will not profit from Islamophobia or any other form of bigotry."