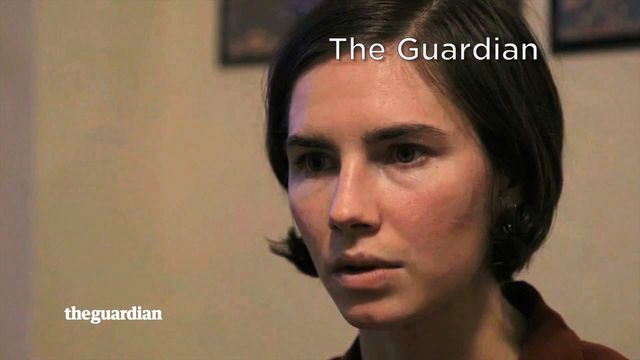 On the day after an Italian court reinstated her murder conviction, Amanda Knox says that she will “never go willingly” to Italy, where she has been sentenced to serve 28 years and 6 months for the death of her former roommate, Meredith Kercher.

"I'm going to fight this to the very end," she said in an interview with Robin Roberts on ABC's "Good Morning America."

READ: A timeline of the Amanda Knox case

The court reinstated a guilty verdict first handed down against Knox and her former boyfriend Raffaele Sollecito in 2009. The verdict was overturned in 2011, but Italy's supreme court vacated that decision and sent the case back for the third trial in Florence.

Kercher was found in a pool of blood with her throat slit on Nov. 2, 2007, in the apartment she shared with Knox.

Prosecutors originally argued that Kercher was killed in a drug-fueled sex game gone awry - an accusation that made the case a tabloid sensation.

But at the third trial, a new prosecutor argued that the violence stemmed from arguments between roommates Knox and Kercher about cleanliness and was triggered by a toilet left unflushed by a third defendant, Rudy Hermann Guede.

Guede, who is from the Ivory Coast, was convicted in a separate trial in a verdict that specified he did not commit the crime alone. He is serving a 16-year sentence.

During this third trial, Knox, 26, remained in Seattle, where she is a student at the University of Washington.

In the days before the verdict, Knox spoke with a reporter for  The Guardian about how the case had changed her.

“I am a marked person,” said Knox. “I don’t even know what my place is anymore. What’s my role in society? Who am I after this? After everyone has branded me, who am I?”