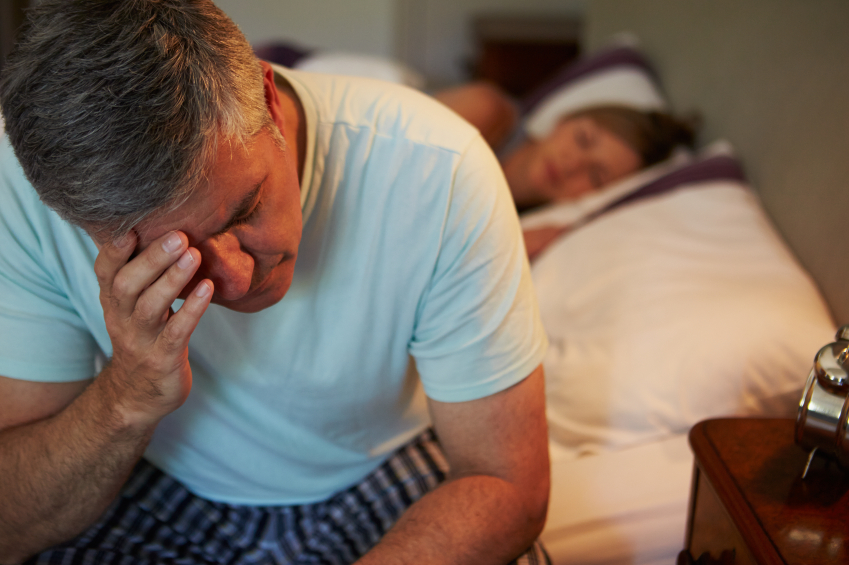 Researchers may have pinpointed the reason why poor sleep has been linked to a higher risk of Alzheimer's disease.

"We showed that poor sleep is associated with higher levels of two Alzheimer's-associated proteins," said senior author Dr. David Holtzman. He is a professor and head of the department of neurology at Washington University School of Medicine in St. Louis.

"We think that perhaps chronic poor sleep during middle age may increase the risk of Alzheimer's later in life," Holtzman explained in a university news release.

More than 5 million Americans have Alzheimer's, the study authors said. And previous studies have shown a link between poor sleep and the memory-robbing disease.

For example, people who have sleep apnea -- a condition that causes repeated pauses in breathing during the night -- develop mild impairment in thinking and memory skills (called mild cognitive impairment) an average of 10 years earlier than people without the sleep disorder. Mild cognitive impairment can be an early sign of Alzheimer's disease, the researchers noted.

To try to tease out why sleep troubles might boost the risk of Alzheimer's, the investigators recruited 17 healthy volunteers, aged 35 to 65. The study participants had no known sleep problems or mental impairments.

All of the study volunteers wore activity monitors for two weeks before they went to the lab to sleep for a night. The monitors measured the quality of their sleep, according to the report.

The day after each experiment, study volunteers had a spinal tap so levels of amyloid beta and tau could be measured.

The researchers found a 10 percent increase in amyloid beta after a single night of bad sleep. But there was no rise in tau after one bad night. However, those who had slept poorly in the week leading up to the experiment did have an increase in tau levels.

Dr. Yo-El Ju is the study's co-first author, and an assistant professor of neurology at Washington University in St. Louis.

She said, "We were not surprised to find that tau levels didn't budge after just one night of disrupted sleep while amyloid levels did, because amyloid levels normally change more quickly than tau levels. But we could see, when the participants had several bad nights in a row at home, that their tau levels had risen."

So does this mean one bad night of sleep could boost your risk of Alzheimer's disease?

Probably not, Ju said. Levels of amyloid beta and tau probably return to normal soon after the poor night or few nights' of bad sleep.

"The main concern is people who have chronic sleep problems. I think that may lead to chronically elevated amyloid levels, which animal studies have shown lead to increased risk of amyloid plaques and Alzheimer's," Ju said.

The researchers don't know if getting more or better sleep might reduce the risk of Alzheimer's, but neither can hurt, Ju suggested.

"Many, many Americans are chronically sleep-deprived, and it negatively affects their health in many ways," she said in the news release.

"At this point, we can't say whether improving sleep will reduce your risk of developing Alzheimer's. All we can really say is that bad sleep increases levels of some proteins that are associated with Alzheimer's disease. But a good night's sleep is something you want to be striving for anyway," Ju said.

The study was published July 10 in the journal Brain.