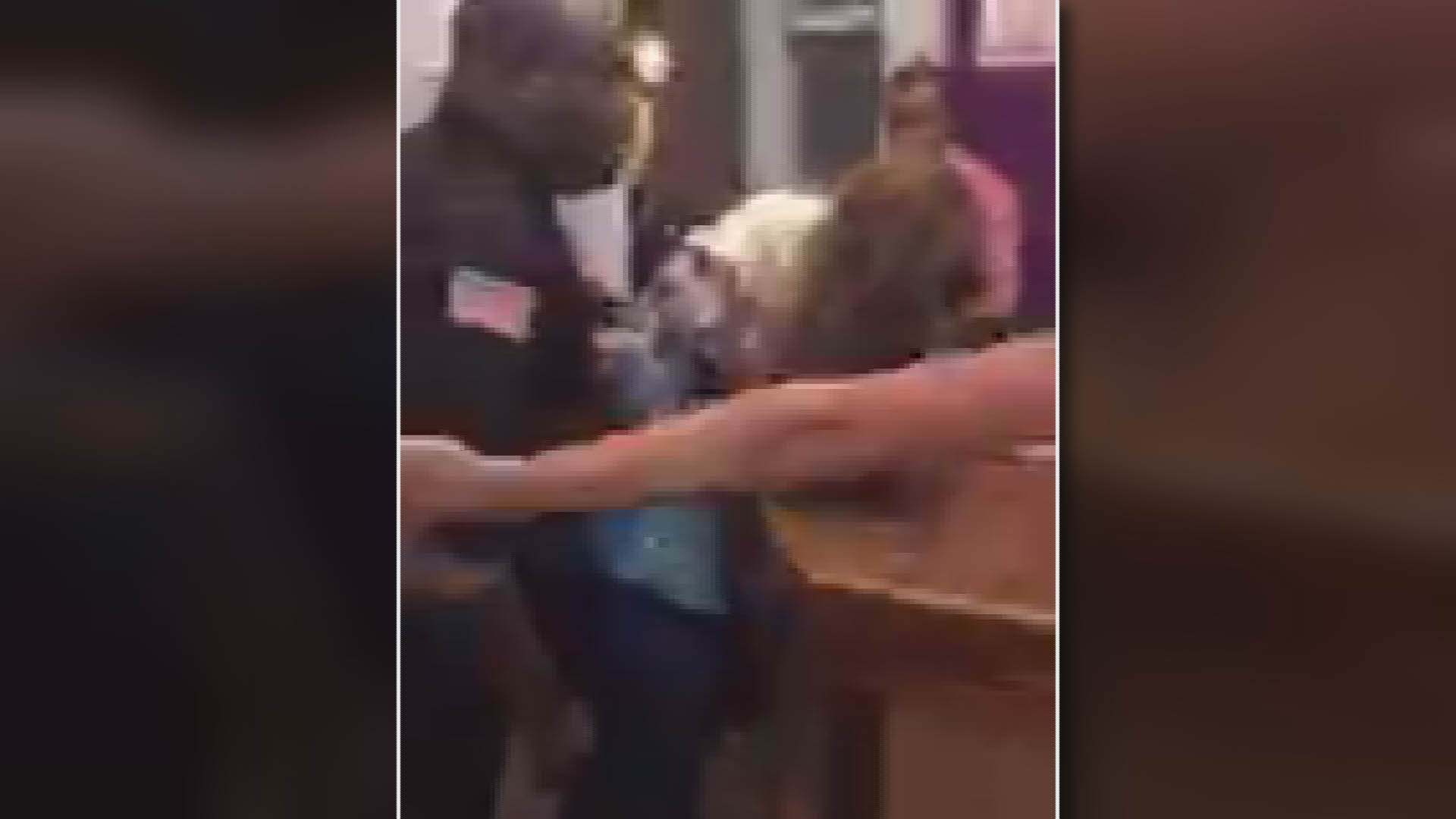 NEW ORLEANS, La.-- A contract security guard working at a New Orleans bar is facing a battery charge after cell video surfaced showing the guard involved in a physical altercation with women in a bachelorette party, police say.

The incident happened just after midnight in the early morning hours Saturday at the New Orleans Original Daiquiris bar on Bourbon Street, New Orleans police tell 48 Hours' Crimesider. The video, obtained by CBS affiliate WWLTV, shows the guard apparently pinning a woman against a bar before striking two more women, including the bride-to-be, who falls to the ground.

Police identified the security guard as 40-year-old Darrell Wayne Mitchell, an employee of Safeway Security who was working security at the bar on the night of the incident. Mitchell was issued a municipal summons in lieu of arrest on a battery charge, New Orleans police told Crimesider.

Police identified three women -- 23, 24 and 23 -- as victims in the incident. New Orleans police officers who were on routine foot patrol responded after they were flagged down by concerned citizens, police said.

The women in the bachelorette party told WWLTV they were visiting New Orleans from Houston. Samantha Rice told the station the incident began when she put her head down at the bar.

"The bartender came up to me and started cursing at me and said I couldn't sit there," Rice said.

Rice told the station she knocked over a stack of plastic cups and tried to leave. That's when she said the security guard grabbed her and pinned her against the bar.

"I asked him to loosen his grip because he was hurting me really bad," Rice said. She told the station she was left with bruises on her arms.

Another woman in the bachelorette party, Lacey Faulkner, told the station she jumped in to help and the guard hit her several times.

"I think he hit me about three or four times," Faulkner said. "My jaw is sore. He hit me in the back of my head. I was under the bar stools and he was just hitting on me."

The bride-to-be then exchanged words with the guard before he punched her to the ground, the women told the station.

"He was just too rough with her in my opinion and we were just asking him to stop," Faulker said.

A Safeway Security representative had no comment when reached by phone and wouldn't say whether Mitchell was still employed by the company. A representative for David Briggs Enterprises, Inc., the parent company for the New Orleans Original Daiquiris bar chain, also had no comment.

It wasn't clear whether Mitchell had a lawyer.