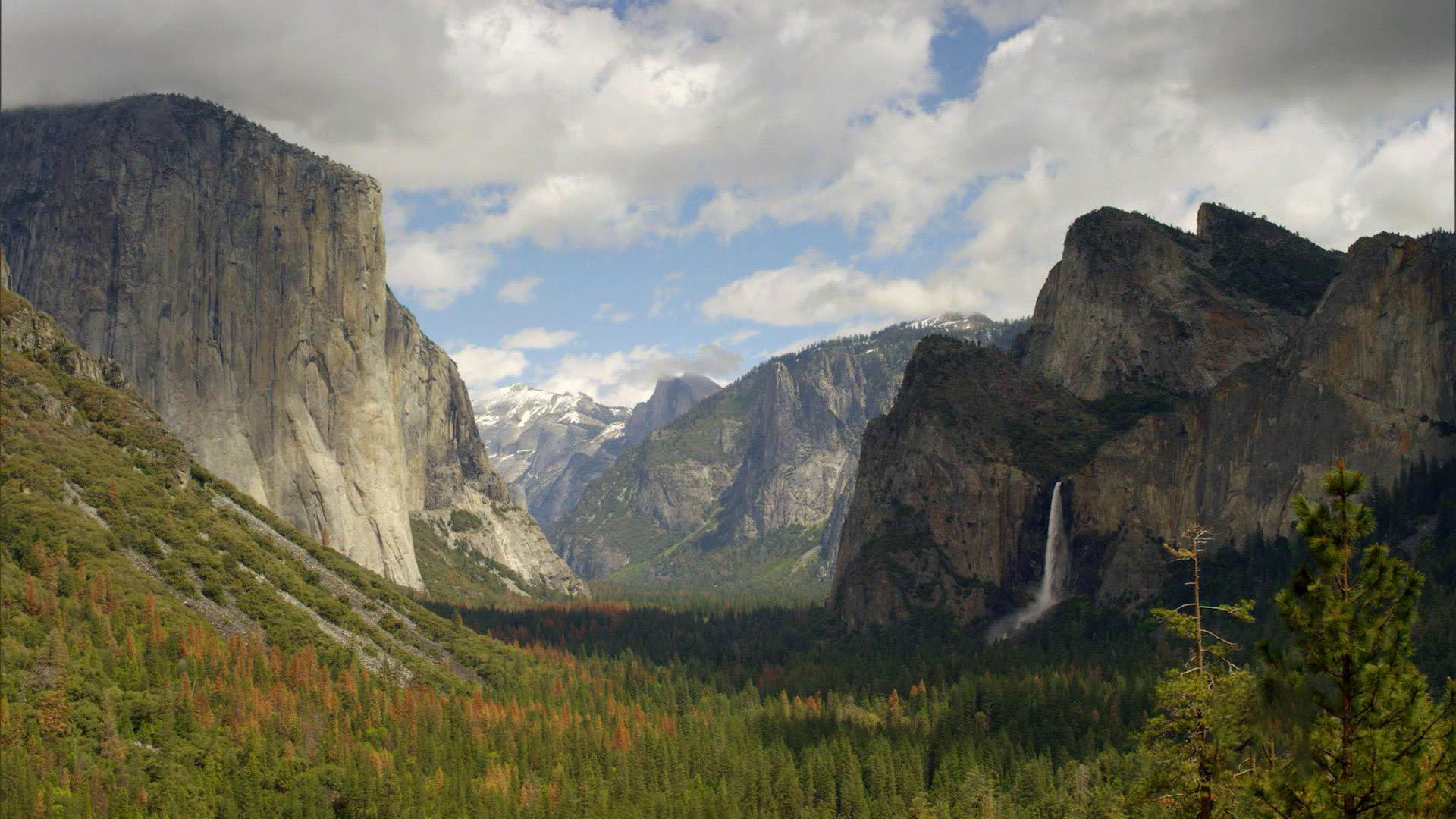 The act gave the state of California ownership of the valley "upon the express conditions that the premises shall be held for public use, resort, and recreation."

But Yosemite's protected status failed to fully protect its wonders in the view of conservationist John Muir.

He complained of intrusive tourists and fumed over commercial sheep grazing on Yosemite's meadows. "Hoofed locusts", he called them.

Thanks in large part to his lobbying, Yosemite became a national park in 1890 and, in 1903, Muir famously led President Theodore Roosevelt on a tour.

Many millions of other visitors have followed in their footsteps.

Even taller is Half Dome. At just over 4,700 feet it's almost a full mile tall.

And don't forget Yosemite Falls, a series of three cascades popular with hikers. Not that Yosemite's must-see attractions can always be seen.

No similar fire this year so far, but the Park did make a "Fire Season" declaration earlier this month, "due to hotter and drier weather conditions."