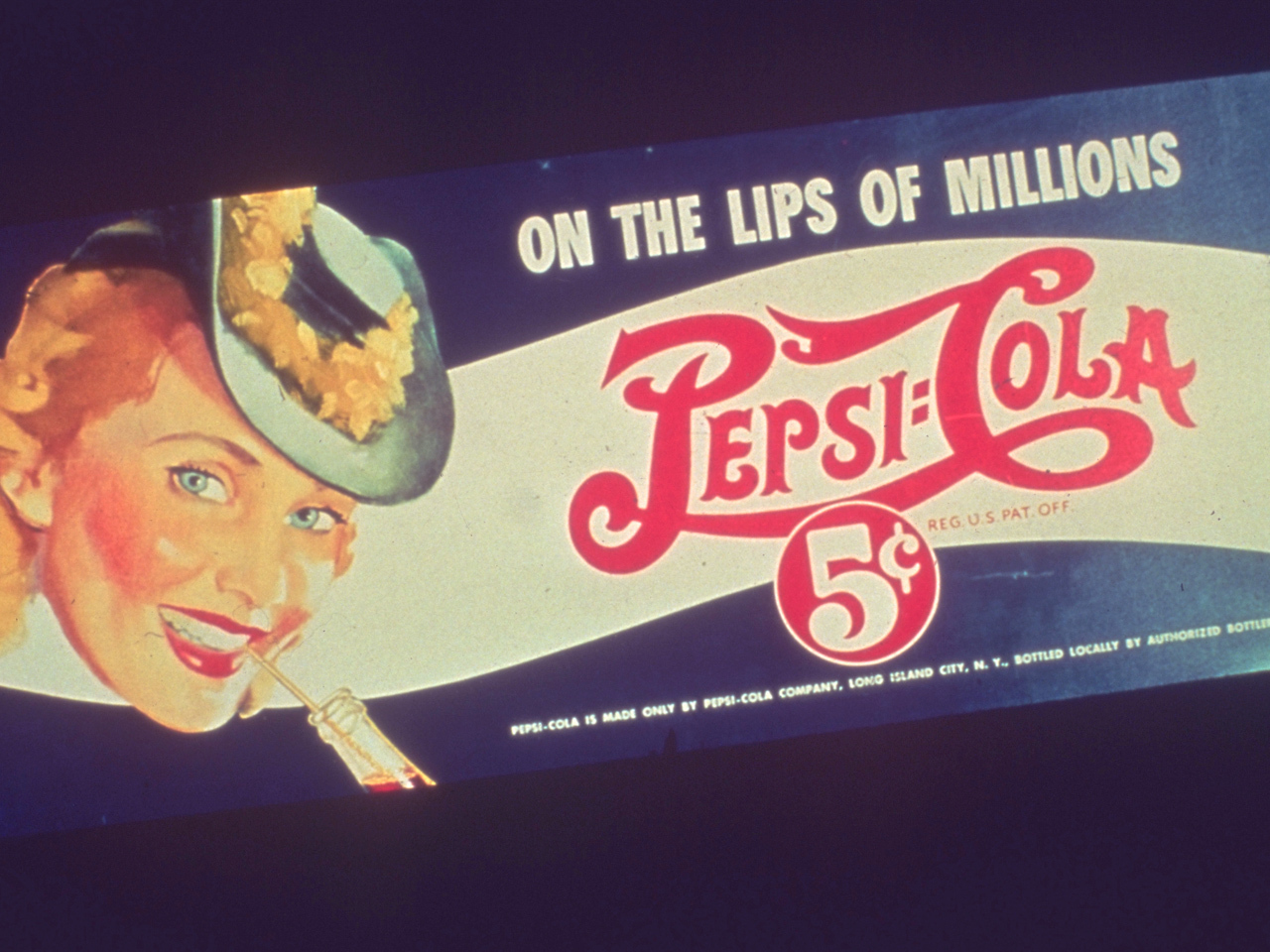 For that was the day a New Bern, N.C., druggist named Caleb Davis Bradham was granted a registered trademark for the soft drink that he'd invented a few years earlier . . . Pepsi-Cola.

Known originally as "Brad's Drink," Pepsi-Cola combined pepsin and cola nuts with other ingredients, and for more than a century now it has battled to catch up with arch-competitor Coca-Cola.

During the Great Depression, Pepsi one-upped its rival by selling a bottle twice as big as Coke's for exactly the same prince . . . one nickel . . . a selling point it emphasized in an advertising jingle that played both on the radio and in cartoons:

In 1959, Pepsi played a role in world diplomacy when Vice President Richard Nixon and Soviet Premier Nikita Khruschev conspicuously consumed it during their so-called "Kitchen Debate" at a U.S. cultural exhibition in Moscow.

In the years that followed, Pepsi ran commercials that sought to re-brand younger Americans as "the Pepsi Generation."

Other ads featured the so-called "Pepsi Challenge" . . . in which participants in a blind taste test picked Pepsi over Coke.

Those ads are widely believed to have helped spur Coca-Cola's launch of "New Coke" back in 1985 . . . a flavor reformulation that famously backfired.

Celebrity endorsements from music and sports stars didn't hurt Pepsi's cause, either -- nor did strategic product placements, as in the movie, "Back to the Future II."

The cola wars are almost certain to continue well into the future.

And though Coke still maintains its traditional sales lead over Pepsi, in a hard-fought battle like this one, neither cola can afford complacency.

The real thing: Coke's iconic bottle
Amazing products of the future that flopped