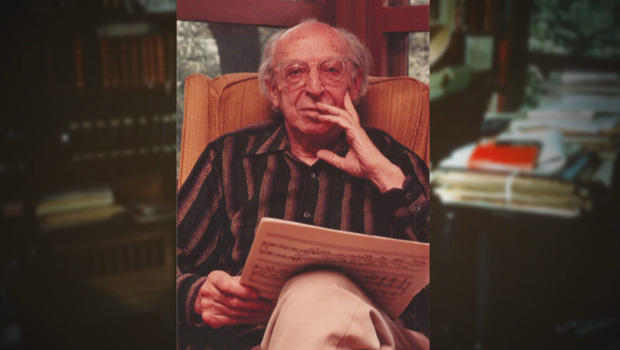 Born in Brooklyn to Polish and Lithuanian immigrant parents, Copland left for France to study piano at age 21, and returned to America with a sense of mission, as he told "Sunday Morning" in 1985:

"It became my preoccupation in the '20s and '30s to write a concert music that anyone could recognize [as] having been written by an American," he said.

It was a mission he more than accomplished in the nearly 70 years that followed.

He transformed the Shaker hymn "Simple Gifts" into a rousing portion of his ballet, "Appalachian Spring."

[It later became the theme for the documentary series "CBS Reports."]

And he gave musical voice to his love of country in his anthem, "Fanfare for the Common Man."

Today, the works of Aaron Copland – that most un-common man – are celebrated at Copland House, his former home north of New York City, now a center for music with its own resident ensemble, who joined "Sunday Morning" to perform Copland's own piano and violin arrangement of the "Hoe Down" section of the ballet "Rodeo."