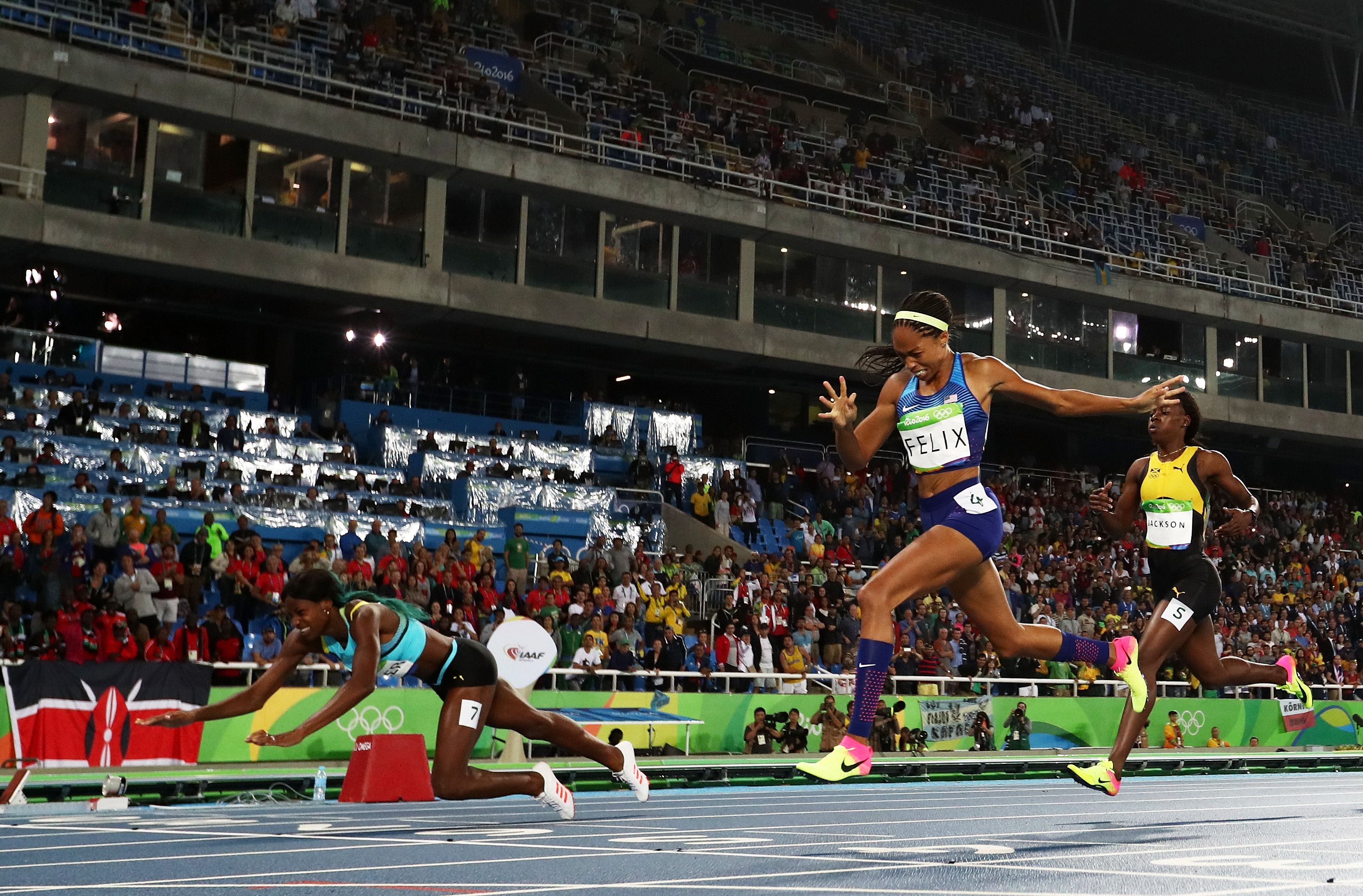 Going into the Rio Olympics, there were a handful of familiar athletes that Americans could hang their hopes on. Track star Allyson Felix was one of those American heroes.

A four-time gold medalist, Felix had represented her country proudly on the podium in Athens, Beijing and London. Now, 30 years old, she entered the 400m sprint in Rio for what would likely be her last Olympics.

Fresh off winning gold at the world championships in Beijing -- where she beat Shaunae Miller of the Bahamas to the line by 0.41 of a second -- Felix turned on the jets as she rounded the track in Rio, Monday night. She rocketed from fourth place to third, then from third place until she was neck-and-neck with Miller for first, speeding toward the finish line.

Then, just when it looked as if the American superstar might achieve the unthinkable -- coming from behind to win yet another Olympic gold -- Shaunae Miller dove across the finish, crossing the line with her chest .07 seconds before Felix.

Social media exploded with posts debating the fairness and legality of such a move. In the end, though, it turns out the rules do in fact allow for runners to leave their feet when crossing the finish line... even if such a dive is done intentionally.

Miller and her coach, however, insist that this dive was not intentional. Rather, they told reporters Monday that the gold medalist's legs simply gave out as she came down the home stretch.

Allyson Felix, for her part, took home the silver -- her seventh overall Olympic medal -- and in so doing, became the single most decorated woman in U.S. track and field history.