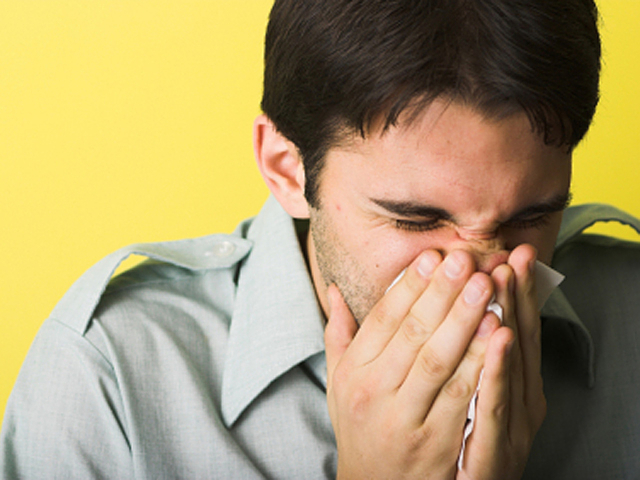 Allergy sufferers for years have turned to shots as a way to prevent allergic reactions to everyday allergens like pollen and dust.

While shown to be effective, some patients feel the shots are inconvenient, because you may need to go to a doctor's office every week for a long period of time to build up enough immune system protection. And some folks may not be fans of needles to begin with.

Now, a new study finds an alternative to allergy shots, liquid drops placed under the tongue, may be just as effective at staving off allergic reactions.

"Our findings are clear evidence that sublingual immunotherapy in the form of allergy drops are an effective potential treatment option for millions of Americans suffering," senior study author Dr. Sandra Lin, an associate professor of otolaryngology at Johns Hopkins School of Medicine, said in a press release.

Allergies occur when the immune system reacts to a foreign substance that enters the body (such as pet dander) by producing antibodies to fight off unwanted invaders, according to the Mayo Clinic. For people with allergies, the immune system makes antibodies that identify a substance -- or allergen -- as harmful even though it isn't. That can lead to swelling of the skin, sinus problems, congestion, runny nose, eye redness and itchiness, hives and respiratory issues.

People with allergic rhinitis -- known as hay fever -- may experience symptoms in their nose when they breathe in something they're allergic to like plant pollen, grasses, ragweed, pet dander and dust mites.

And since these triggers can be common in the environment, many people turn to preventive immunotherapy like shots to stay ahead of allergy season. These shots contain extracts of allergens that over time build up immunity.

Allergy shots have been in use more than 70 years, Dr. Clifford W. Bassett, a clinical assistant professor of medicine at NYU School of Medicine, who also has a practice in New York City explained to CBSNews.com. Patients often receive shots every week for months or longer before they reach a maintenance dose where they can reduce the frequency of their shots to about once a month. Bassett, who had no involvement in the study, said the shots are the only immune treatment that will reduce or stop allergy symptoms or eliminate them long term.

Allergy drops under the tongue, or sublingual immunotherapy, has been available in Europe for the past two decades, according to the researchers, but the treatment is not approved in the U.S. by the Food and Drug Administration.

Some U.S. allergists do prescribe the drops "off-label" to patients for daily use at home.

To determine effectiveness, researchers reviewed 63 studies on more than 5,000 patients, most of which had been conducted in Europe.

Lin and her colleagues found "strong evidence" that drop therapy reduced coughing, wheezing and chest tightness by 40 percent when compared to other treatments like steroid inhalers. This evidence was seen in eight of 13 studies reviewed.

Researchers also found in nine of 36 studies they looked at, that allergy drops produced a 40 percent or higher reduction in symptoms of runny nose, sneezing and nasal congestion when compared to common allergy treatments like steroid nose sprays or antihistamines. The researchers called this "moderate evidence" in support of sublingual allergy drops.

Lin said that allergy drops are more convenient since they can be taken at home, and allow people to avoid the discomfort and travel time needed for regular doctor visits.

Bassett said he doesn't offer the drops in his office at this time. He said there aren't many good studies on the drops' effectiveness, how well multiple allergy extracts can be mixed into sublingual drops and how often to administer them, as compared to information on the shots.

"It is not yet known the best way exactly to dose these new drops," said Bassett.

He added that the drops are more costly since they are not FDA-approved and thereby not covered by insurance, with patients incurring 100 percent of the costs.

While he thinks the drops may become more popular in the future, Bassett said sublingual immunotherapy "may not be ready for most patients at this time."

The American College of Allergy, Asthma & Immunology, a leading medical society for allergists, said on its website that there are risks since the drops are presented at home without any direct medical supervision. Therefore, patients should receive guidance from allergists on managing potential side effects or knowing when to contact their allergist.

The study was published March 27 in JAMA.