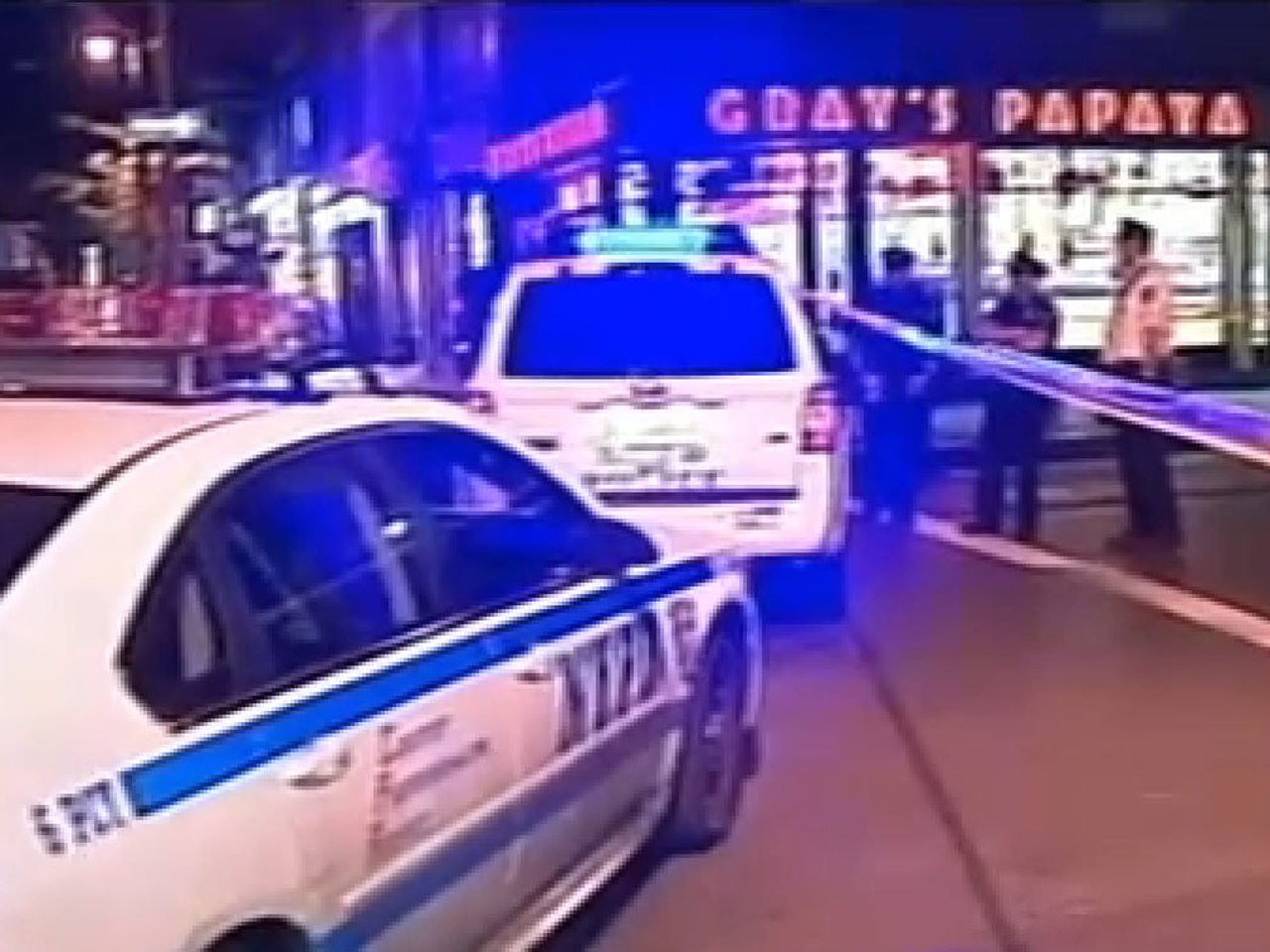 Elliot Morales began his downfall early Saturday by urinating on the wall outside an upscale restaurant just a few blocks away from the Stonewall Inn, the site of 1969 riots that helped give rise to the modern gay-rights movement when patrons at a gay bar reacted to police harassment.

Fifteen minutes later, Morales stands accused of shooting and killing Harlem resident Marc Carson, who did not know the alleged gunman and was walking around Greenwich Village in New York City with a companion. Police have called the act a hate crime, and it highlights a stunning rise in bias-based attacks in a city known for its diversity and progressiveness on gay issues.

After going to the bathroom in public, Morales, 33, then went inside the restaurant and asked if someone was going to call the police about him. Police said Morales told both the bartender and the manager, "if you do call the police, I'll shoot you" and opened his sweatshirt to reveal a shoulder holster with a revolver and made anti-gay remarks, police said.

Out on the street minutes later, the gunman and two others approached a 32-year-old identified by police as Harlem resident Marc Carson, and a companion. One of the three men yelled out a gay slur and asked, "What are you, gay wrestlers?" according to Police Commissioner Ray Kelly.

The two men stopped, turned and, according to Kelly, said to the group taunting them, "What did you say?" - then kept walking.

"There were no words that would aggravate the situation spoken by the victims here," the commissioner said. "This fully looks to be a hate crime, a bias crime."

Two of the men kept following the victim and his companion, Kelly said, adding that witnesses saw the pair approach from behind while repeating anti-gay slurs.

The gunman asked the men if they were together and when he got an affirmative answer, Kelly said, "we believe that the perpetrator says to the victim, 'Do you want to die here?'"

That's when suspect produced the revolver and fired one shot into Carson's cheek, Kelly said.

The incident is yet another in a serious of high-profile attacks on homosexuals in New York, although this is the first in a long time that one was killed.

Morales, who served 11 years in prison on a robbery conviction, seemed so crazed, cops were investigating whether he was on drugs, a police source told the New York Post.

The murder is at least the 22nd anti-gay attack in the city so far this year, the Post reports, with just 13 similar-such assaults happening in the same period last year.

Of the other recent New York bias attacks on gay men, one was reported last week in the same neighborhood, where a 35-year-old man told police he was beaten up and heard anti-gay words after leaving a bar.

On May 10, two men trying to enter a billiards hall in midtown Manhattan were approached and beaten by a group shouting homophobic slurs, police said.

And on May 5, a man and his partner were beaten near the Madison Square Garden arena after a group of men hurled anti-gay slurs at them following a Knicks game.

Christine Quinn, the New York City Council speaker who is bidding to be the city's first gay mayor, said there was a time in New York when hate crimes were a common occurrence - when two people of the same gender could not walk down the street arm in arm without fear of violence and harassment.

"We refuse to go back to that time," said Quinn, who represents Greenwich Village in the city council. "This kind of shocking and senseless violence, so deeply rooted in hate, has no place in a city whose greatest strength will always be its diversity."