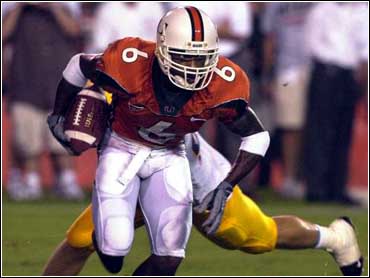 The University of Miami is back in the All-America business.

It's the first time since 1992 that Miami had as many as three All-Americans; Florida State had four players on last year's team.

Along with Weinke, wide receiver Marvin Minnis and defensive end Jamal Reynolds were the other Seminoles chosen for the 2000 team.

Weinke led the nation with 4,167 yards passing and threw 33 touchdown passes, with just 11 interceptions. He guided the third-ranked Seminoles (11-1) to a national title game against No. 1 Oklahoma (12-0) in the Orange Bowl on Jan. 3.

The 5-foot-11, 217-pound Tomlinson ran for 2,158 yards the fourth highest season total in I-A history in leading the Horned Frogs (10-1) to the Western Athletic Conference title and a berth in the Mobile Alabama Bowl. The 5-11, 208-pound Anderson ran for 1,914 yards as the Wildcats (8-3) took a share of the Big Ten title and earned a trip to the Alamo Bowl.

Minnis, who stepped in for two-time All-American Peter Warrick, made life easier for Weinke by catching 63 passes for 1,340 yards and 11 TDs an average of 21.3 yards. The other wide receiver was Pittsburgh's Antonio Bryant, the Biletnikoff Award winner who led the nation in average yards per game (130.2) with 68 catches for 1,302 yards and 11 TDs.

Moss, who helped the Hurricanes (10-1) to a No. 2 ranking and Sugar Bowl matchup against Florida on Jan. 2, was chosen as the all-purpose player. The 5-10, 180-pound senior caught 45 passes for 748 yards and five TDs, and ranked fourth nationally in punt returns with an 8.2-yard average. The Big East's co-offensive player and special teams player of the year also returned four punts for touchdowns.

Linebacker Rocky Calmus was the lone first-team representative for No. 1 Oklahoma (12-0).

The Atlantic Coast and Big 12 conferences led the way with five players apiece on the team, which consisted of 17 seniors, seven junior and two sophomores. The sophomores were Bryant and Cincinnati kicker Jonathan Ruffin.

Brian Natkin of Texas-El Paso was the tight end after a season of 64 catches for 787 yards and four TDs.

Joining Lombardi Award winner Reynolds along the defensive line were Outland Trophy winner John Henderson of Tennessee, Andre Carter of California and Casey Hampton of Texas - the only repeater from last year. Reynolds led the Seminoles with 12 sacks; Henderson topped the SEC with 12 sacks; Carter had a school record 13 1/2 sacks; and Hampton was the Big 12's defensive player of the year with 74 tackles, 18 for losses.

Along with Morgan and Calmus, the other linebackers were Keith Adams of Clemson and Carlos Polk of Nebraska. Morgan, 6-3, 245, was the Big East's leading tackler with 138 stops, including 15 for losses; Calmus, 6-3, 234 pounds, led the Sooners with 122 tackles, including 17 against Nebraska; Adams finished with 138 tackles; and Polk was the Huskers' lading tackler with 89 stops and returned his one interception for a TD.

In addition to Reed, the secondary consisted of Fred Smoot of Mississippi State, Dwight Smith of Akron and Jamar Fletcher of Wisconsin. Reed returned two of his eight interceptions for scores; Smoot had five interceptions; Smith was the nation's co-leader in interceptions with 10 (two returned for TDs); and Fletcher had six interceptions in the nine games he played. 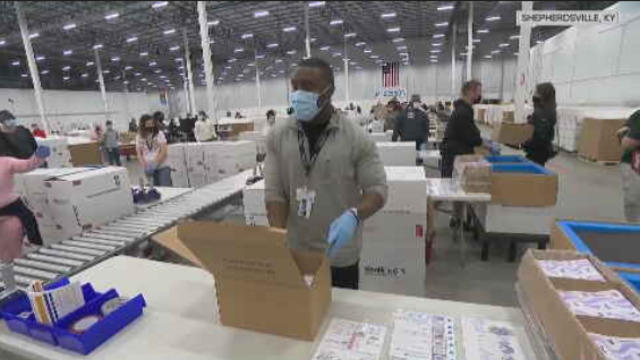 Johnson & Johnson has begun shipping its single-dose COVID-19 vaccine, the third jab to become available in the United States as the country races to get Americans inoculated. Dr. Rick Nettles, the vice president of medical affairs for Janssen Infectious Diseases and Vaccines at Johnson & Johnson, joins CBSN to answer questions about the company's vaccine. 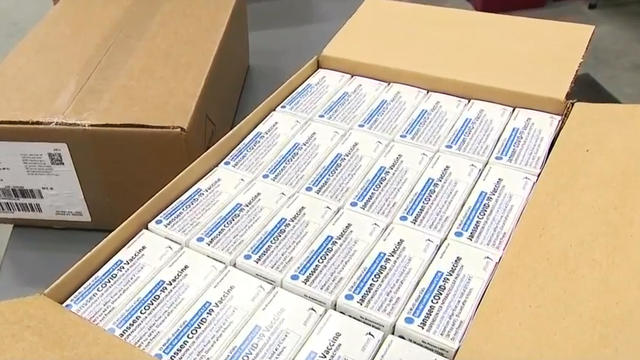 4 million doses are being shipped out Monday of the newly-approved coronavirus vaccination, with 100 million promised by end of June.