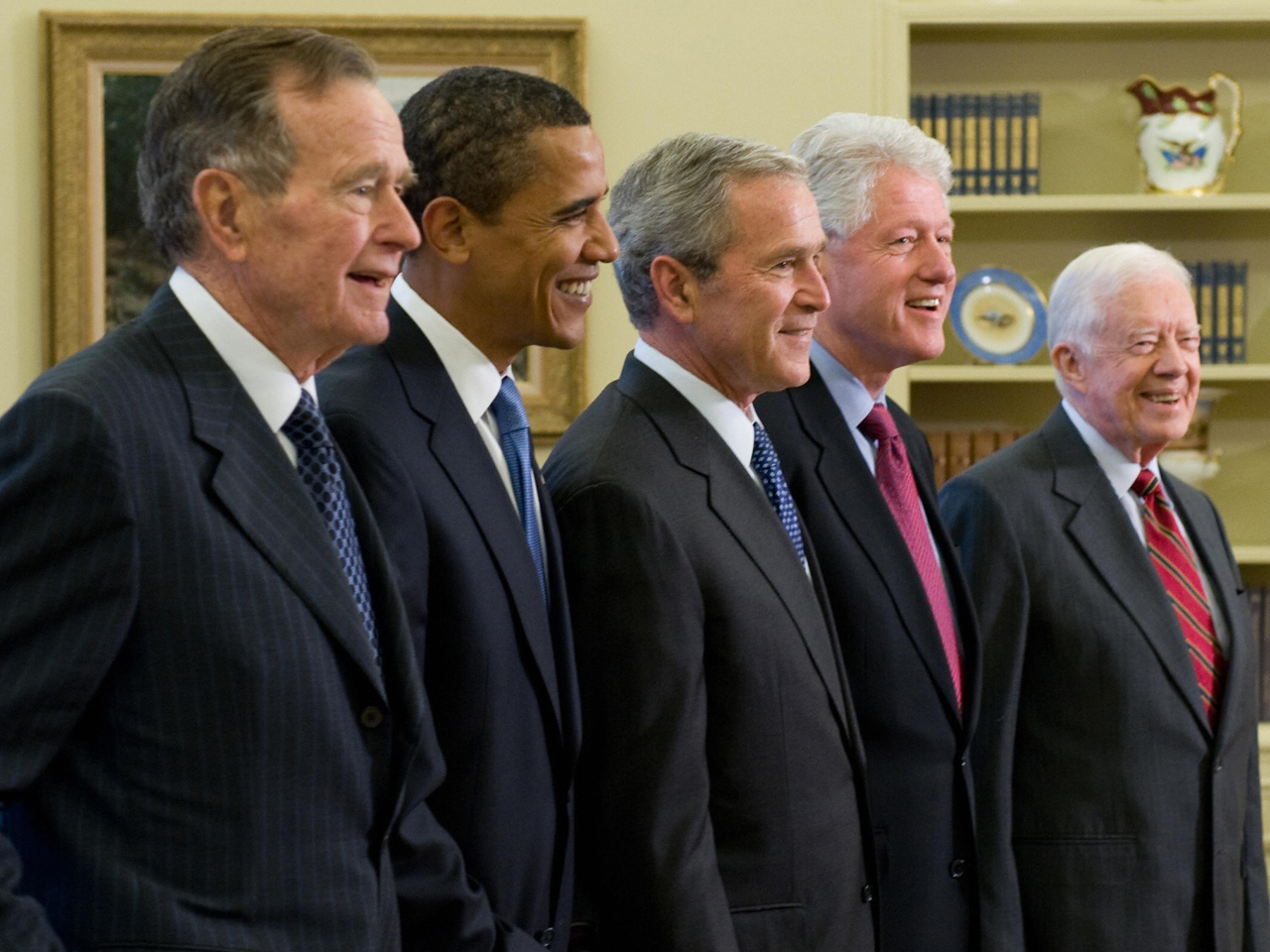 The 226,000-sq.-ft. library and museum, housed at Southern Methodist University in Dallas, will open to the public on May 1. The facility will hold records and artifacts from the Bush administration, including items such as a voting booth used in Precinct 9, Sumter County, Florida, in the 2000 presidential election.

The five living U.S. presidents last gathered together at the White House in January 2009 before Mr. Obama was sworn in.