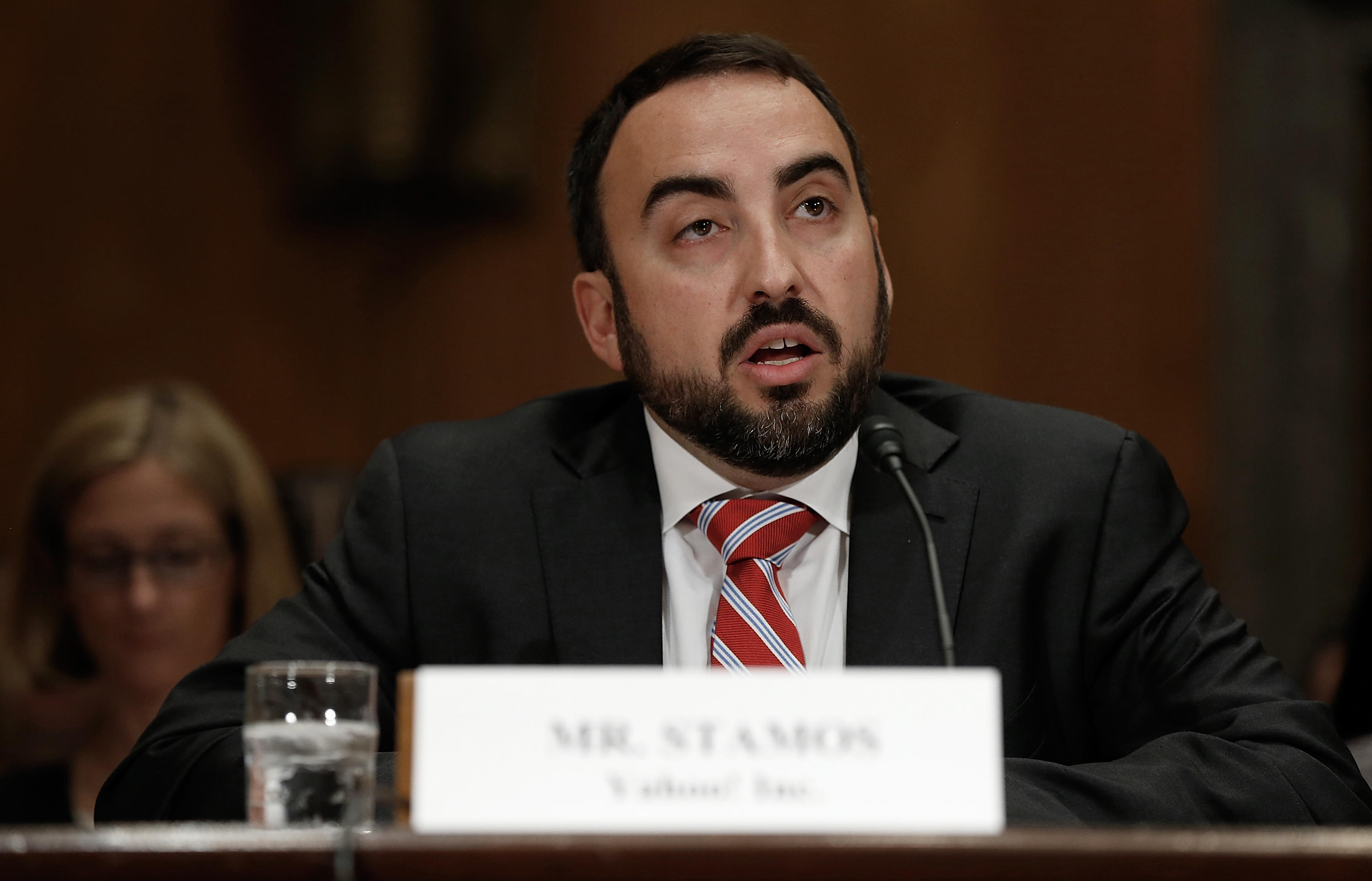 Facebook's high-profile security chief Alex Stamos announced Wednesday that he's leaving the company for a research and teaching role at Stanford University. Stamos has played a critical role in Facebook's response to 2016 U.S. presidential election meddling on its platform.

"I have been proud to work with some of the most skilled and dedicated security professionals in the world in one of the most difficult threat environments faced by any technology company," Stamos wrote in a Facebook post announcing his departure.

Stamos, who has worked at Facebook since 2015, will depart August 17. Just yesterday, he fielded questions from reporters on a conference call after Facebook announced it shut down fake accounts that aimed to influence the 2018 U.S. midterm elections.

"We have worked together to build new protections around user data, improve the security of products used by billions, roll out innovative encryption and privacy protections at unprecedented scale, and study and react to new classes of abuse by the world's most advanced adversaries," Stamos wrote.

The New York Times reported in March that Stamos planned to leave the company this month and that his day-to-day responsibilities were reassigned to others in December. The Times reported that Facebook does not plan to appoint a successor for chief security officer.

The paper also reported that Stamos advocated Facebook disclose more about Russian election interference in 2017, but met with resistance from colleagues.

"Alex has played an important role in how we approach security challenges and helped us build relationships with partners so we can better address the threats we face," she said in a statement. "We know he will be an enormous asset to the team at Stanford and we look forward to collaborating with him in his new role."

At Stanford, Stamos says he will join the Freeman-Spogli Institute for International Studies as an adjunct professor and will contribute teaching for a new master's specialty in cybersecurity. He says he will also continue his work on understanding and preventing the misuse of technology as a Cyber Initiative Fellow, a William J. Perry Fellow in International Security and a Visiting Scholar at the Hoover Institution.

CNET reports that Stamos started at Facebook after spending a year as Yahoo's chief information security officer. It was in these positions that he sometimes challenged company executives on privacy and security issues.

The Associated Press reports that Facebook is bringing on thousands of human moderators and advanced artificial intelligence systems in an attempt to weed out fake accounts and foreign propaganda campaigns ahead of the midterm elections. However, security experts say bad actors are doing a better job hiding their tracks and have become more adept at camouflaging themselves from detection.