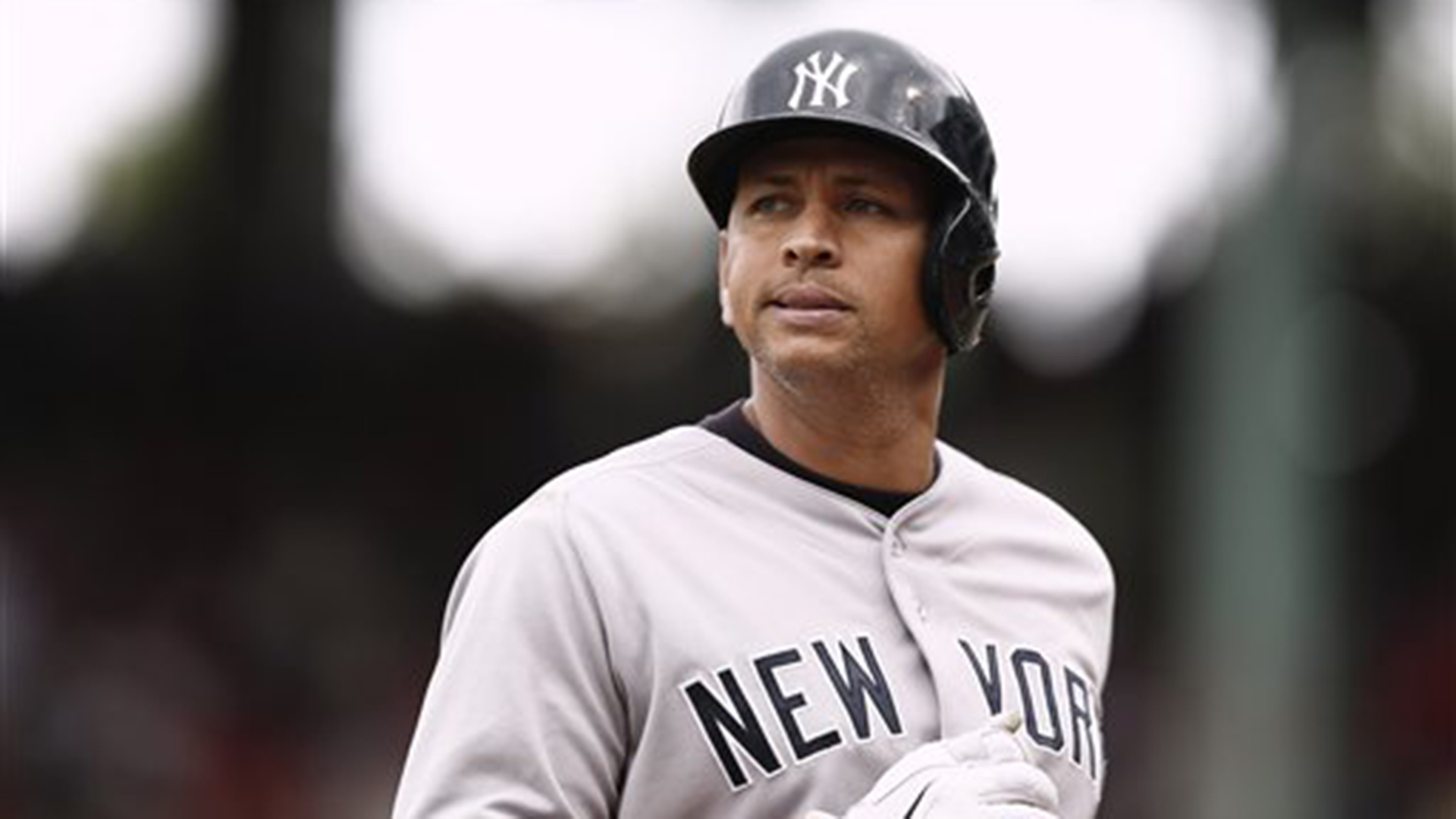 The news was delivered at a gathering of reporters at Yankee Stadium in the Bronx, New York, on Sunday. Officials said he will transition to becoming a special advisor to the club.

A tearful Rodriguez thanked fans at the press conference, saying it had always been his dream to play for the New York Yankees.

"I love this game, and I love this team. Today I'm saying goodbye to both," Rodriguez said.

In a statement, the Yankees said after Friday's game against Tampa Bay, Rodriguez will be "released by the club from his player contract in order to sign a contract to serve as a special advisor and instructor with the Yankees through December 31, 2017."

Rodriguez had previously announced that he would stop playing after the 2017 season.

In a statement, Yankees Managing General Partner Hal Steinbrenner said the slugger will mentor the next generation of New York Yankees.

"In his new role, Rodriguez will be assigned to work with various players at all levels of the Yankees farm system, including many of the club's top prospects," the Yankees said in a statement. "He will report directly to Hal Steinbrenner and offer instruction to players in conjunction with the Yankees Baseball Operations and Player Development Departments. As part of his wide-ranging duties, Rodriguez will provide the Yankees regular feedback and analysis regarding the club's minor league system. Additionally, he will serve as a Guest Instructor during spring training in 2017."

Despite winning two MVPs and a World Series with the Yanks, the mercurial slugger has never been viewed as a fan favorite, seemingly playing second fiddle to Derek Jeter.

Last season, the Yanks tried to block Rodriguez from receiving contract escalators after passing Willie Mays on the all-time home run list. The two came to a compromise as the Yankees donated the money to charity.

The 41-year-old designated hitter, a 14-time All-Star, has a .204 average this year with nine homers and 29 RBIs in 216 at-bats. He has all but disappeared from the Yankees in the last month, at first losing his designated hitter job against right-handed pitchers and then hardly leaving the bench. Girardi has at times become annoyed by repeated media questions over Rodriguez's status.

"No matter what happens, I'm at peace with myself," Rodriguez said last week.

"I think I can contribute. I think I can help out in the clubhouse," he added, "but if not, I have two beautiful daughters waiting for me in Miami."

On Friday, the Yankees called a news conference with 36-year-old first baseman Mark Teixeira, who announced he will retire at the end of the season.

A-Rod has had just one start and seven at-bats in 14 games since July 22 as New York traded veterans Aroldis Chapman, Andrew Miller, Carlos Beltran and Ivan Nova, turning toward a youth movement. He is in a 4-for-36 (.111) slump and has struck out in five of his last six at-bats.

"I can't really tell you when I'm going to play him," Girardi said Thursday.

Rodriguez helped the Yankees win the 2009 World Series but had been in repeated controversy since he arrived ahead of the 2004 season in a trade with Texas.

He won his second and third AL MVP awards with the Yankees but has been a pariah for some since his 2009 admission he used performance-enhancing drugs while with Texas earlier in his career.

Major League Baseball suspended him on Aug. 5, 2013, for the remainder of that season and all of 2014 for violations of baseball's drug and labor contract caused by use and possession of numerous prohibited performance-enhancing substances and attempting to cover up his violations.

Rodriguez returned from hip surgery and played while appealing the suspension, and the following January an arbitrator cut the penalty to all of the 2014 season.

A-Rod made a successful return last year, when the Yankees made him a fulltime DH, but his offense slid late in the season and hit .224 from Sept. 1 on. That left him with a .250 average for the year with 33 homers and 86 RBIs.

His slump continued at the start of this season when he hit .185 with four homers and eight RBIs in April and .130 with two homers and six RBIs in May, when he was on the disabled list from May 4-26 because of a strained right hamstring. His average rose to .267 with two homers and 13 RBIs in June before dropping again.

Rodriguez started his big league career with Seattle in 1994 and signed a $252 million, 10-year contract with Texas before the 2001 season, the largest agreement in baseball history. When the Rangers decided to trade him, a proposed deal to Boston fell through before the trade to New York. He agreed to shift from shortstop to third base as part of the trade to the Yankees, who already had Derek Jeter at shortstop.

A-Rod opted out of the contract after the 2007 season, became a free agent and signed the $275 million deal with the Yankees.