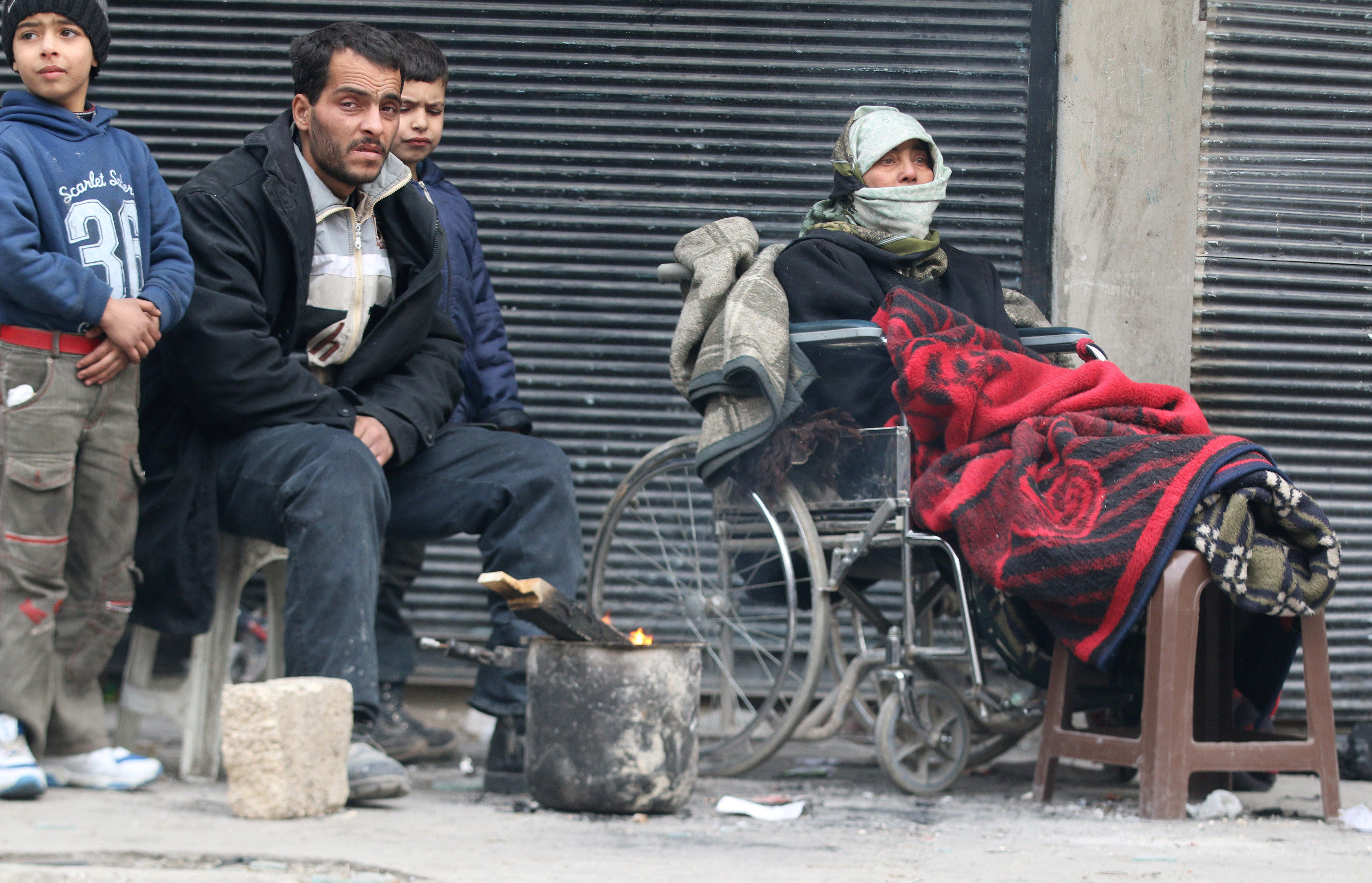 BEIRUT -- Death in Aleppo was personal for Modar Sheikho. He lost his sister to government bombing early in the revolt. His brother was killed last month. And as they looked for a place to bury him, another airstrike killed his father.

Still, Shekho held out in the besieged city as long as he could.

When he finally was forced to evacuate Friday, he made a video bidding farewell to the city.

“We were asking for our freedom. This is what we get,” he said against a backdrop of bombed-out buildings and thousands of people waiting for buses to take them away from Aleppo.

But even in his first hours of exile, the 28-year-old nurse longed to return.

“My soul is torn out more with each step away from Aleppo,” he whispered in an audio message to The Associated Press, not wanting to wake other evacuees in their temporary home in a village west of the ancient city.

He and thousands of others held tight to their crumbling enclave despite a grueling four years of war. Bit by bit over three weeks, the government offensive chipped away at their last refuge. The United Nations last week referred to the situation in Aleppo as “a complete meltdown of humanity.”

Their realm of destroyed buildings and crater-filled roads in eastern Aleppo shrank from 17 square miles to just one over a few weeks as forces loyal to President Bashar Assad swept through, neighborhood by neighborhood.

The promise of boarding buses to safety was a relief. But as CBS News’ Holly Williams reported earlier this week, some of the buses have come under fire in the chaos.

And for many like Sheikho, losing Aleppo was inconceivable.

Of the more than half-dozen residents and activists that AP has maintained regular contact with in recent months, only one said he felt disillusioned with the rebellion.

“This revolution is one of the biggest failures in the world,” said 21-year-old Ahmed, who has not left the enclave yet and refused to give his family name out of fear of reprisal. “If God saves me from this, I will go to Turkey and start a new life, away from the criminal regime and the deceiving rebels.”

Most seemed haunted by the city’s struggle, saying they can’t let go of their dream to create a Syria without Assad. They said they will continue their anti-government activities somehow from wherever they end up.

One gynecologist who had refused to leave her patients said her husband forced her to flee to a government-controlled area for safety.

The woman, who identified herself only as Farida to protect her family, earlier had sent her daughter out with thousands of other evacuees.

Farida said she could not stand living for even two days in the government-controlled sector and fled to the countryside, where the rebels are in control.

“Despite how hard it was under siege and bombardment, I was at peace with myself,” she said.

Farida’s husband, also a doctor, followed. But she is still angry at him for forcing her to leave, adding: “I can’t continue my life with him.”

“I can’t feel any joy when my colleagues are getting slaughtered,” she said in text messages. She hopes to be reunited one day with her daughter.

Sheikho left on the first day of the evacuation, which was monitored by the Red Cross. He and thousands of other holdouts boarded green government buses with portraits of Assad in the windshield and were taken to rebel-controlled areas.

“It is very painful that I separate from my city of 28 years,” Sheikho said. “I hope it is quickly liberated so I can return to it.”

Besides seeing his city crumble, Sheikho watched his family shattered by more than five years of civil war.

On the first day of the government’s big ground offensive three weeks ago, Sheikho and his family sought a new home to avoid intense bombing.

Like many others, his family was caught on the road by the bombardment, and his brother was killed on the spot.

He and his father had to search for a cemetery because Aleppo was running out of burial space. In the process, his father - a prominent professor of Arabic - also was killed.

Four years earlier, an airstrike killed his sister outside the hospital where she worked as a nurse.

After mourning his father and brother, Sheikho had told the AP: “We are all on the road to death. May God accept them as martyrs.”

Before he boarded the bus, he roamed the few streets of Aleppo still open to him for one last time - but he couldn’t visit the graves of his relatives because the government had seized the neighborhood where they are buried.

“I hope they forgive us” for losing Aleppo, Sheikho said.

He said he plans to be reunited with his wife, who left as the fighting intensified, and also wants to see his English teachers again.

Most likely, he will settle in a town on the Orontes River in Idlib province where rebels are in control.

Many predict that Idlib may be the next front in a government offensive.

Asked what he expected in his new life, he said: “It is the unknown future filled with painful memories.”