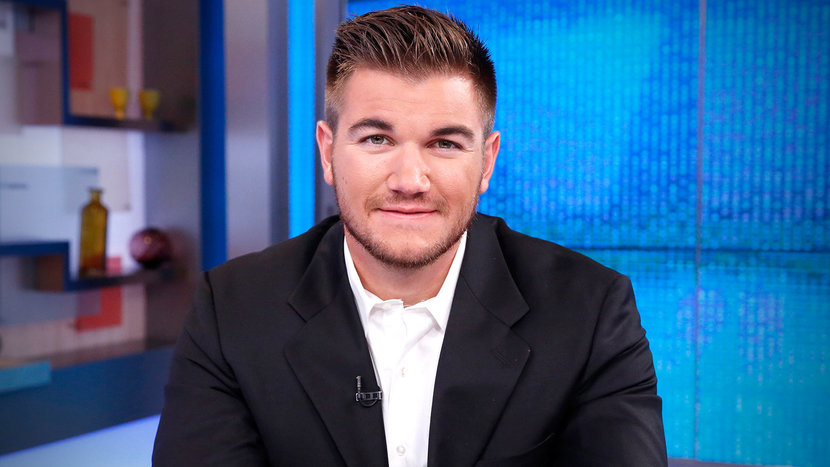 The Paris train hero, who's currently competing on "Dancing with the Stars," grew up in Roseburg and graduated from the school.

He was busy rehearsing when he heard about the shooting, which killed nine people and critically wounded seven others. The gunman, identified as 26-year-old Chris Harper Mercer, also died during a shootout with police.

When Skarlatos, 22, found out about the sad news, he "immediately left the studio ... and was making calls back home to make sure his friends were safe," reports TMZ.

Skarlatos later revealed on Twitter that he would be leaving dance rehearsals on Thursday to return home to Oregon.

The Army National Guard Specialist was one of the three men who stopped a gunman from opening fire on a Paris-bound train in August.

"While I was fortunate enough to be in the right place at the right time in August aboard a train bound for Paris, I only wish that the same could be said for today," Skarlatos told ET in a statement. "I wish that I could have been there today to assist. I praise the first responders who were on the ground today in Roseburg as they undoubtedly were integral in saving numerous lives and putting a stop to what could have been more tragic than it is. My heart and prayers go out to this community, my community, right now."