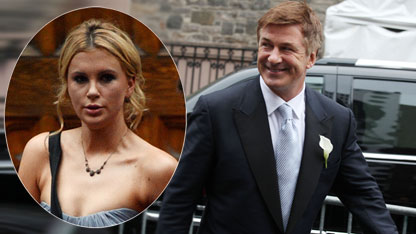 (The Insider) During his 2007 split from Kim Basinger, Alec Baldwin become public enemy number one after a voicemail, where he called his then 11-year-old daughter a "thoughtless little pig," went public during his contentious divorce proceedings.

Now 16 years old, Alec's daughter Ireland is opening up for the first time about that incident and life as a Baldwin to Page Six Magazine. "I've always had a really great relationship with my dad," she says, "The only problem with that voicemail was that people made it out to be a way bigger deal than it was. He's said stuff like that before just because he's frustrated. For me it was like, 'OK, whatever.' I called him back, I was like, 'Sorry, Dad, I didn't have my phone.' That was it."

RELATED - Tina Fey on The End of 30 Rock

If that sounds crazy to you, the family understands your confusion. "No matter how much you think you understand a Baldwin, you really don't unless you are one," Alaia Baldwin, daughter of Stephen Baldwin, tells Page Six Magazine. "Ireland and I are pretty sane for Baldwins."

Oddly, that level-headedness allows Ireland to understand her father's recent paparazzi frustrations. "My dad has been going through it for so long, I can see how he gets frustrated. For me, it's all so new and fresh. If acting or modeling takes off, and I make a name for myself, I can see how I might get pretty frustrated."

The statuesque 6-foot-2 blonde is clearly cut out for the fashion world -- her resemblance to mom Kim Basinger is uncanny. Despite the similarities, Ireland gets on famously with her new stepmom, Hilaria, 12 years her senior. "Hilaria and I are really close. She's like a big sister to me, but I feel like I haven't spent enough time with her yet. We have a lot more to learn about each other and we have a lot more experiences to have together. We joke around and I call her 'Mom.' But I respect her, it's not like I'm Parent Trap-ping her, setting up booby traps in her room."