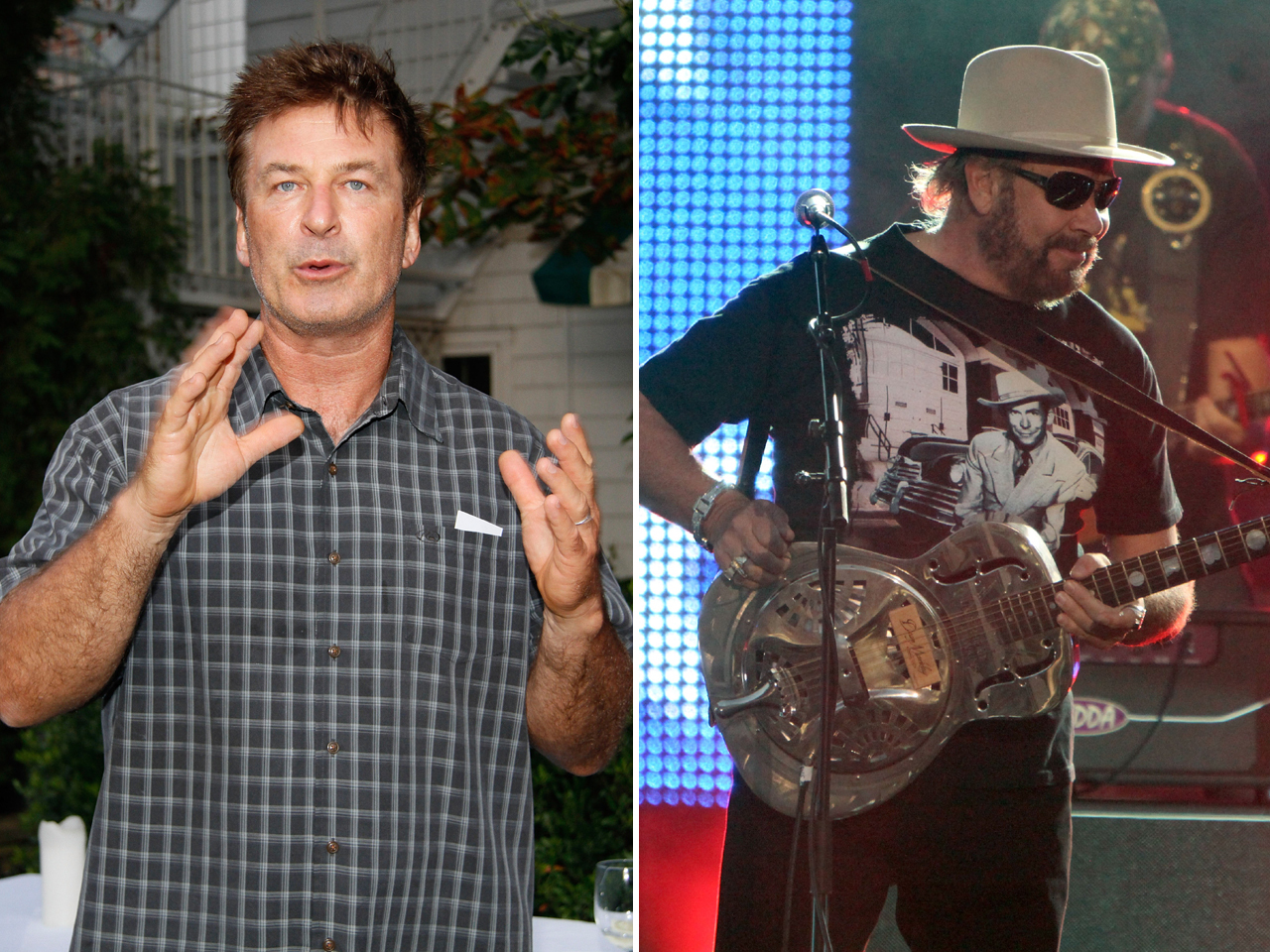 The "30 Rock" star's comments came after Williams slammed President Barack Obama during a performance last month at the Iowa State Fair, reportedly telling the crowd, "We've got a Muslim president who hates farming, hates the military, hates the U.S. and we hate him!"

On Tuesday, Baldwin tweeted these two messages to his followers:

Baldwin also sent another pair of messages later that day, about Mr. Obama:

Williams is no stranger to speaking out against the president. Last October, ESPN pulled his song from the intro to "Monday Night Football" after the singer compared Mr. Obama to Hitler during an appearance on the Fox News show "Fox and Friends."